The year 2019 has been another incredible one in women’s sport with several teams and athletes dominating both domestically and on the international stage.

With that in mind, I wanted to share some of my favourite Australian moments from the past year. These are my favourite moments and will likely differ from yours. So please use this article as an opportunity to reflect on the year that has been and point out some of the spectacular moments I have missed.

Tayla Harris stands up for herself and for women’s sport
Who could forget that photo of Tayla Harris kicking a footy, which led to a global conversation about sexism in sport. It began when the snap was posted by Channel Seven on social media and then taken down as a result of trolling and sexist comments. The photo was eventually republished following public backlash and has since become iconic. It was a big moment this year and saw Harris stand up for herself, her body and the athletes that compete.

Ruan Sims retires from international rugby league
Another image that stands out in my mind from this year is Ruan Sims sitting on the shoulders of her teammates, heading through a guard of honour of Sydney Roosters and St George Illawarra players at the end of her final NRLW game. Sims has been a pioneer of the women’s game and has captained the Roosters, New South Wales and Australia. Many forget that Sims was also a dual athlete, representing Australia in rugby union too. Sims’ retirement is part of a changing of the guard in women’s rugby league. Despite the sadness associated with her retirement, the next generation including the likes of Millie Boyle and Jessica Sergis is extremely exciting.

The Australian women’s cricket team continue to dominate on the world stage
It was very hard to pick just one moment from women’s cricket from the past year, but it’s very hard to go past Australia’s dominance in the Ashes, where they beat England 12-2 to reclaim the urn. It was just one part of what has been an exceptional year for the Australian women, who have lost only a handful of games in the last three years. With the stand-alone WBBL finishing earlier this month and the good form displayed by many of our Aussie women including Beth Mooney, Jess Jonassen, Alyssa Healy and Megan Schutt, there is plenty to be excited about with an ICC T20 Women’s World Cup coming up in Australia in February 2020.

Ash Barty becomes world number one
What a year for one of the gems of Australian tennis. When Ash Barty became the first Australian to win the French Open in 46 years, the entire country rejoiced with her. It capped off an incredible year for Barty, who also claimed the number one spot in the rankings earlier this year. Australians have revelled in her success on the court, but in a sport that is filled with characters, Australians also love her humour, dedication and humility. This is just the beginning of what is going to be an exceptional career for Barty. 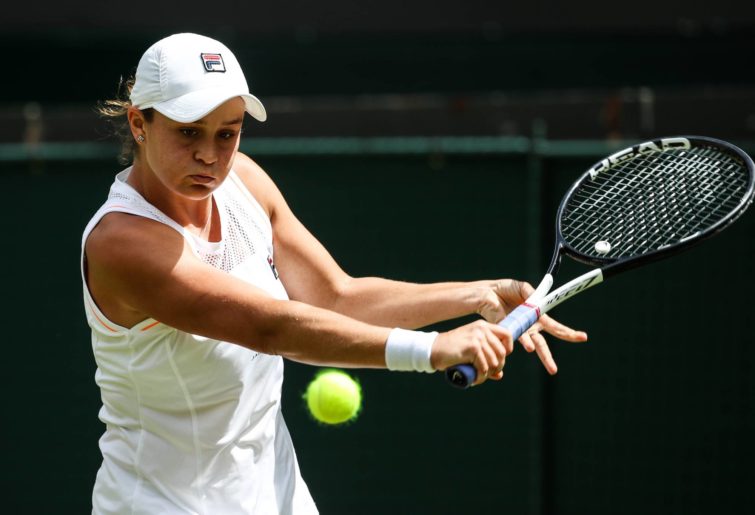 NSW Swifts win maiden Super Netball title
When the Super Netball began in 2017, the NSW Swifts fielded an almost unrecognisable squad. Young players were the focus and there was an emphasis on rebuilding. Under the guidance of coach Briony Akle, the Swifts were exceptional this year to win their maiden Super Netball title, beating the Sunshine Coast Lightning 64-47 without their fearless captain Maddy Proud, who spent much of the season injured. This victory capped off what had been a tremendous year for many of their players including Paige Hadley, Sarah Klau, Helen Housby and Sam Wallace, who all competed at the 2019 Netball World Cup in Liverpool.

The challenge with a list like this is how much I have left out, like the Matildas’ performance at the World Cup earlier this year, Jessica Fox qualifying for Tokyo and displaying close to career-best form at the ICF Canoe Slalom World Cup final earlier this year, Kelsey-Lee Barber’s javelin gold medal at the World Athletics Championship, Melissa Perrine and her four medals at the World Para Alpine Skiing Championships, Alex Blackwell retiring from the WBBL, Stephanie Gilmore equalling Layne Beachley’s seven World Surf League titles, the Brisbane Broncos and Brisbane Heat each going back to back in their respective competitions, Hannah Green dominating the Australian golf scene and the Matildas’ historic pay deal.

Our female athletes are becoming household names and the joy for young people when they meet the likes of Sam Kerr, Ellyse Perry, Ali Brigginshaw and Ash Barty continues to delight.

Women’s sport is becoming increasingly visible and moments like these are being televised on our screens and printed in our media. Perhaps next year it will be time for me to do an article about my favourite sporting moments of the year, undivided by gender.

I’ve got no doubt that some of the moments above would have made that list, too.