It wasn’t that long ago that Australia had five franchises competing in Super Rugby. The upcoming season will be the third without the Western Force, who bade farewell to the world’s premier provincial rugby competition back in 2017.

Pekahou Cowan was a Force stalwart. He signed with the Perth franchise prior to its inception season in 2006 and remained with them all the way up until their axing nearly 12 years later. He and Matt Hodgson were the only players to have been with the team from the beginning to the end of their Super Rugby existence.

Switching to another Australian franchise was simply not palatable for Cowan after the sad saga of 2017. He was disillusioned with Rugby Australia, whom he felt had let down the Force and everybody involved with it.

So he set his sights abroad, where there is always plenty of interest in capped Wallabies. An opportunity to play and coach with the Shimizu Blue Sharks of Japan proved to be Cowan’s most tempting offer.

The company signed him prior to the 2018 season in which they would compete in Japan’s third tier. It would turn into a memorable one for the Tokyo-based team. With their Aussie prop lending his considerable weight and experience, the Blue Sharks devoured all of the prey in their way going undefeated for the season. 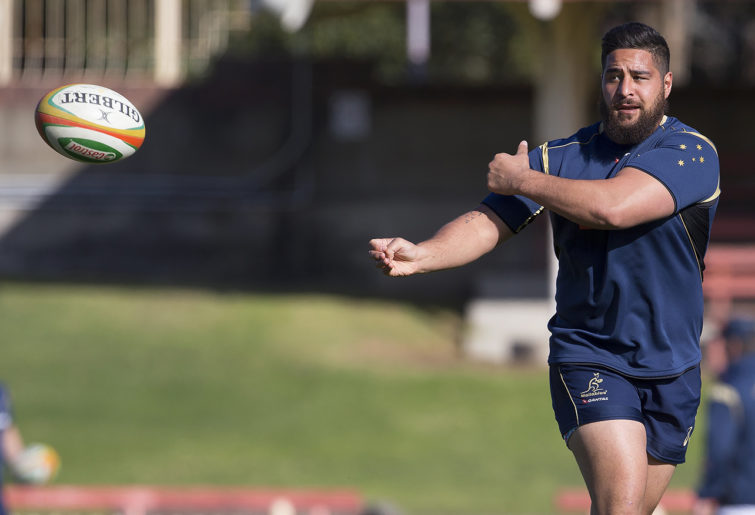 Elevation to the next level was not automatic. Shimizu still needed to win a sudden-death play-off match against the bottom-ranked team from the second tier. In dramatic circumstances the Blue Sharks pulled it off with a game and promotion-winning score at the final hooter. This outcome launched Shimizu into the Top Challenge competition, which is one level below Japan’s Top League.

Cowan has found competing in the Japanese lower divisions a breath of fresh air compared to the pressure cooker of Super Rugby.

“I’m 33 years old now, and Japan is a really nice place for me to wind things back,” he said. “Here I can play with less stress, and more for enjoyment rather than just going out there and trying to win.”

Cowan’s headspace was much more cluttered back in his days with the Force. There seemed to be endless questions to mull over.

“What is our win-loss ratio? What are our KPIs? What’s my dominant tackle percentage like? What’s my body weight? What’s my fitness score? What’s my strength like? Instead of worrying about all these things I feel like now I can give back to a game that has given me so much.

“Obviously I would have loved to have done that in Australia, but because of the way things happened with the Force I kind of thought, ‘Stuff that!’.”

Cowan and the Blue Sharks are now in the midst of a short seven-game season. The Top Challenge competition was shortened this year to accommodate the Rugby World Cup. Unlike typical years, there will be no teams promoted or relegated at the season’s conclusion.

Lucky for the Blue Sharks. They have found the jump to a higher league tough and are winless after five rounds.

Shimizu, who own and run the Blue Sharks, is Japan’s second-largest commercial construction company. Since his arrival, Cowan has been pleased to witness the increased investment Shimizu has made in its rugby team, including new training facilities and grounds. Two notable foreign players – ex-Force teammate Sam Wykes and former All Black Luke McAlister – were also signed prior to the current campaign.

However, Cowan sees quite a disparity in the spending potential of his company compared to those that own Top League teams, such as Kobelco and Suntory.

“Japanese rugby is kind of like the NFL – it’s very budget-based. If you have a big budget, you can have Dan Carter as your five-eighth. You look at the teams that win it, they will typically have one of the biggest budgets for its players.”

Some more foreign talent to bolster the ranks would obviously be helpful, but Cowan believes the culture of work first, play second at Shimizu is an even bigger barrier.

“In order to play well as a team the focus has to be on the squad, and that’s not necessarily the case, as our [company] guys train only twice a week. Because it’s such a traditional Japanese company, work comes first.

“If [the domestic players] don’t finish their work, they don’t get to come to training. That’s how strict it is. It’s an awesome set-up and a great company, but at the same time it has its own Achilles heel.”

It’s not just the rugby team that is company-controlled; so too are the crowd numbers. Attendances at homes games can range from “two men and two dogs” to tens of thousands, according to Cowan.

“Shimizu played Tokyo Gas (last season), which is a really big company. Shimizu needed to prove that they had great morale within the company, so they sent 10,000 people to the game. Tokyo Gas confirmed that they were sending 5000 people, so Shimizu said, ‘We’re a bigger company, so we’re going to double that’.” 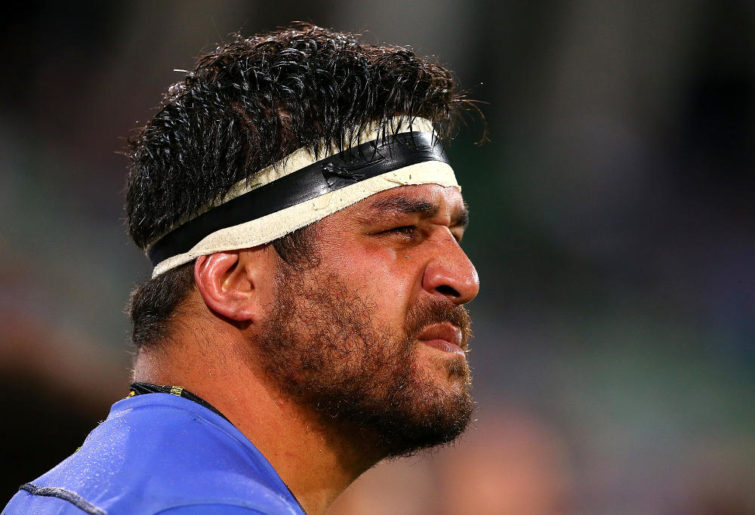 Pekahou Cowan making the most of his post-Force days. (Paul Kane/Getty Images)

Off the pitch Cowan is doing it solo during his second year in Japan. His wife and three kids were with him there initially, but they have since returned to Wellington, where Cowan is now based between seasons.

Japan has been quite a cultural adjustment. Having been born in New Zealand’s capital and partially raised there and in Sydney, he has found the land of the rising sun a pleasing but peculiar place to live.

“People don’t know a lot about the Top League and the second division and how it all works. That’s a pretty good way to explain Japan. You know that it’s there, but you don’t exactly know how it works.

“They’ve got rules in place for the craziest things you could imagine. I had to transfer my drivers licence over, and that was a process that took nine hours. I bought a car and had to register that as well as prove that I had a space big enough to fit it in. A policeman came over to measure my space to make sure that my car would fit!

“Japan is unique in good ways and unique in strange ways. It’s the safest place you could ever hope to go to. Our kids would walk home or to the shops, they could even catch a train anywhere in Japan and probably be completely fine.

“On the other hand, they have restaurants where they’ll say, ‘Yep, it’s empty, but you’re not allowed in here. It’s Japanese only’. If you did that in Australia, it would be in the papers!”

Bullet trains, bonsai trees and bento will remain Cowan’s world until April 2020, which his Shimizu contract expires. Although the salty aftertaste from 2017 still lingers, he has not ruled out a potential return Down Under. If it does happen, bench-warming duties would clearly not satisfy him.

“Would they want me as a player or just to fill a hole? That’s not how I see myself. I want to compete and that’s the bottom line. The day that I realise that I don’t want to compete is the day I know that I can walk away from the game,”

Obviously Cowan still has the fire in the belly. His rugby career will extend into the future beyond this season, but whether it is in Tokyo or elsewhere remains to be seen.

A return to Australia’s west coast at some stage to play Rapid Rugby is not beyond the realms of possibility. With 130 Force caps to his credit in addition to contributing many good deeds off the field, Cowan made an indelible mark on his old team and the region.

The fans would love to see him back too. Perhaps Force legend is more apt than mere stalwart in this part of the country.