Former Cronulla coach Shane Flanagan has spoken for the first time since serving a 12-month NRL ban, saying it hurt not to be able to do what he loves.

Making no secret of his ambition to return as a head coach, the 54-year-old said the year-long break was a “tough period” but he has wiped the slate clean with the Dragons in 2020.

“This is what I do for a profession, I’ve done it all my life. To not be able to get up in the morning and do what you love doing and being around footy players and a footy club, when you’ve done it all your life and you can’t do it, it hurts,” he said on Thursday.

In 2018 Flanagan was handed an indefinite ban by the NRL for breaching terms of a previous ban back in 2014 when Cronulla was in the grips of a salary cap scandal.

He was granted permission to seek registration as an assistant coach for the next two seasons, with no guarantee or return date to head coaching duties in the future.

The 2016 premiership-winning coach said he didn’t consider any coaching positions overseas because he didn’t want to be on the other side of the world watching while his son Kyle played NRL with the Roosters in 2020.

He reiterated his ambitions to return to the NRL as a head coach.

“When and where that opportunity comes time will tell but that’s what I feel I do for a profession and at some point I’ll be back.”

Should he return to a head coaching position, Flanagan took issue with suggestions he would need to make changes to his coaching style or professional conduct.

“This is something that happened a long, long time ago. I paid the price for it last year,” he said.

“I changed after that, the change happened a long, long time ago. My coaching is not going to change.

“I think I’ve got the runs on the board over those periods. Every side that I’ve coached has been in the semi-finals or won a grand final, so that’s not an issue. Why I was suspended was a long time ago.”

Flanagan spent 2019 watching NRL as a spectator, paying particular attention to the Sharks.

Although he refused to elaborate on the emotional rollercoaster he endured over that period, he said it “wasn’t good” for himself, nor his family.

For now, he’s enjoying playing assistant to Dragons coach Paul McGregor, taking charge of the side’s defence and leaving work at the office at the end of the day.

“It’s a little bit different to being the head coach which is nearly a 24/7 job,” he said.

“We just get on with it. Life throws up a lot of different challenges and I’ve just got to deal with this one.” 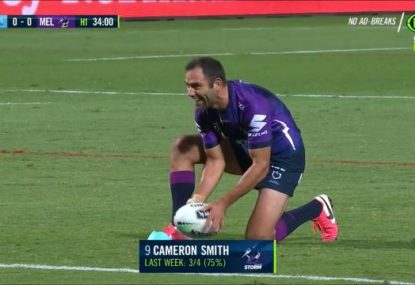 It was a very nervous finish for the South Sydney Rabbitohs especially in the final minutes when former Rabbitoh Connor Tracey threw a ball to Josh Morris in the corner but it was called forward, and Souths won the game 22-18.

Cronulla have released Josh Morris to join brother Brett at the Sydney Roosters, after round two of the NRL. 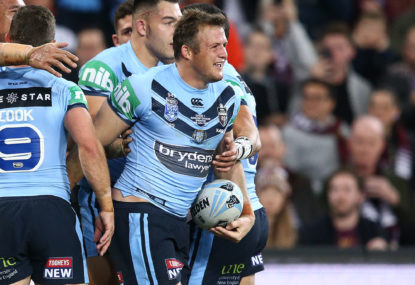