With it comes a shiny, new five-team finals format that certainly did ensure all games remained live until the very end of the preliminary stage.

The new five-team format delivers on the biggest criticism of the first eight BBL seasons: that the top two teams deserved a double chance in the finals that old four-team straight knockout semi-finals-into-a-final format didn’t allow.

Personally, I maintain that if a top-two team couldn’t win with the advantage of playing on their home ground, in front of their own fans, without having to travel, and waking up in their own bed, then maybe they just weren’t good enough on the night.

Regardless, the powers that be decided that the beaten semi-finalists needed an extra chance, and so came the top-five format that we’ll see debut tonight in Hobart. 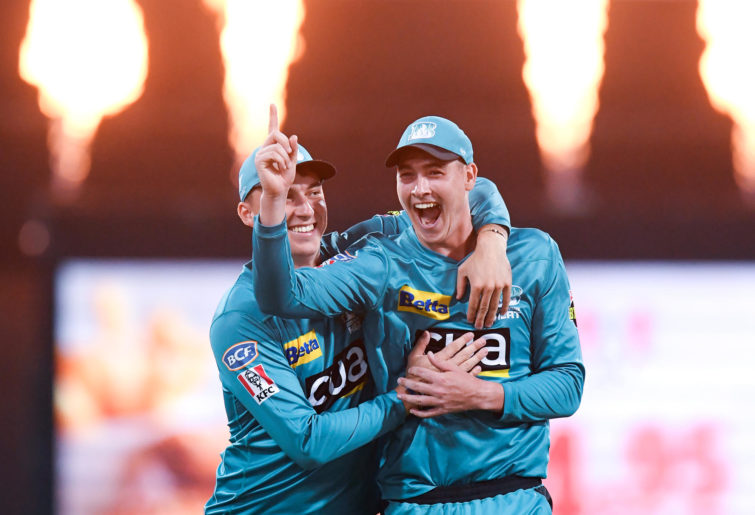 How good will Hobart go? (Photo by Albert Perez/Getty Images)

Haven’t they come up with some natty names for the five games? This is how it will work. Note, the capitalisation is all part of the branding.

The Eliminator: does what it says on the packet, puts the fifth-best team into the furnace of the fourth-best team’s home ground and it’s sudden-death.

The Qualifier: the top two teams face off at first-place’s home ground, with the winner through to the Final. The loser immediately starts giving thanks to the Cricket Australia board for the humble gift of not having to hastily plan Mad Monday.

The Knockout: like the Eliminator, but higher up the food chain. In layman’s terms, the third-placed team hosts the non-eliminated participant in the Eliminator. The loser is knocked out, not eliminated.

The Challenger: remember the top two team that lost? Well, they’re up again and there can be no more losing when they host the winner of the Knockout. Loser is… um, challenged with the task of doing something other than playing in the Final.

Still following? Let’s throw the teams into the mix, it’ll just be easier…

The path is set. Five teams are left standing.

Tomorrow night, the first-placed Melbourne Stars host the second-placed Sydney Sixers at the MCG. Winner hosts the Final; loser is not quite done just yet.

Saturday night sees the third-placed Adelaide Strikers host the winner of tonight’s game at the Adelaide Oval. This loser is also gone.

Then next Thursday, it’s the loser of the Stars-Sixers hosting the winner of Saturday night’s game. Another loser gone.

With leaves us with the Final on Saturday February 8: the winner of the Stars-Sixers hosting the winner of next Thursday’s don’t-call-it-a-preliminary-final.

So how’s it going to play out?

Well, it feels like the Thunder would be stiff to fall at the first hurdle because they really haven’t done a lot wrong this summer. They’re issue has been being in the wrong place at the wrong time, finding themselves carrying Duckworth-Lewis equations in four different game, and being smoked out in another one.

And they lost a Super Over.

Hobart have hosted the wettest of wet sails to roar into finals contention that just didn’t exist a week ago, and if Matthew Wade get going again, then you’re game betting against them. If D’Arcy Short goes with him, they’ll be near unbeatable.

This is actually the hardest ‘known’ game to pick, in my humble opinion.

The Stars have been surprisingly terrible over the last week, but I suspect the freedom of knowing they won’t bow out after losing a semi-final – and playing at home – will be enough for them to rediscover their mojo.

Plus Marcus Stoinis reckons he can bowl again. The Sixers seem to have fixed their top-order spluttering and the Steve Smith factor is significant, but I can’t stop wondering about their bowling. It just doesn’t quite feel Championship-winning to me. 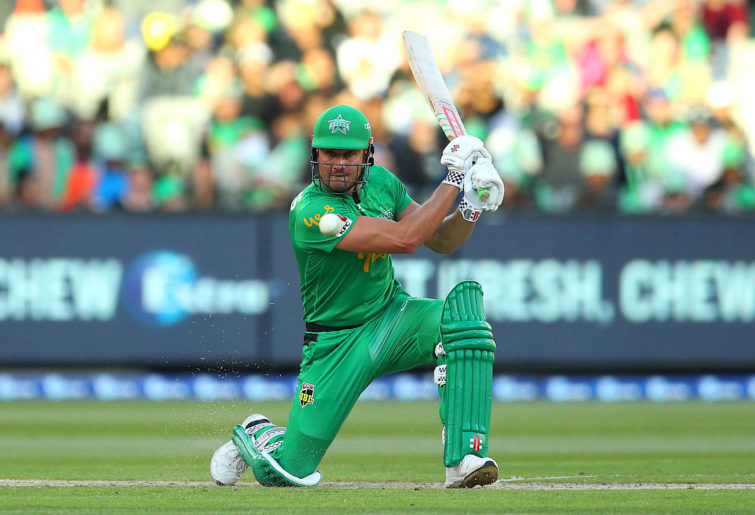 That leaves Adelaide, who seem to have operated under the radar for the last little bit, thumping Brisbane by ten wickets, beating Hobart by 10 runs, the Stars by 11, and Perth by 16, before losing to Hobart by 10, but all in the last ten days to rocket from mid-table right into contention.

The loss cost them a top two finish, but I don’t think that will hold them back.

Phil Salt and Jake Weatherald have been very solid at the top. Travis Head and Alex Carey both returned from international duty in solid form that has transferred to the BBL, and Jono Wells is suddenly the hottest middle-order batting property in Twenty20 cricket, according to BBL commentators.

And in Rashid Khan, Peter Siddle, Wes Agar, and Michael Neser, there’s a really nice balance about their bowling, too.

I don’t really know why – because they’re not doing anything earth-shattering except playing really good cricket – but they scream “dark horse” to me.

And my hunch is that Adelaide will go very deep into the BBL|09 finals, putting them well back above the radar.