The golden sands of Mooloolaba Beach played host to the start of a potential revolution in competitive surf lifesaving last Monday with the inaugural Iron X competition.

The event combines the traditional disciplines of swimming, board paddling and surf ski racing with what the series describes as “innovative and exciting new ocean and fitness disciplines”, including stand-up paddleboarding and underwater swimming.

Iron X also includes a new discipline titled Battlegrounds that takes its inspiration from the rising popularity of the CrossFit Games and will force athletes to flip truck tyres, climb rope walls and swing through ninja-inspired monkey-bar courses.

Adding to the allure of the event is the sizeable prize money on offer with first, second and third place in both the male and female events picking up $25,000, $10,000 and $8000 respectively.

In comparison, the winners of the full four-month, five-round Iron Series pick up $25,000 and the winner’s cheque for the Coolangatta Gold – one of the most famous and challenging endurance races in surf sports – is just $18,000.

While a number of the sport’s biggest names participated in Monday’s Mooloolaba competition, including Kendrick Louis, Jordan Mercer and eventual champions Caine Eckstein and Courtney Hancock, it has been heavily criticised by a number of athletes who believe it is too far detached from the sport’s storied roots.

In a statement posted on Instagram, North Bondi surf ironwoman Lizzie Welborn stated, “Despite very large incentives, we chose the surf sports we love and believe in. The series this season was the best we have seen in a long time, but Iron X is not the iron series and it is not surf sports”.

A big weekend of traditional clubby racing, just the way it should be. I’m proud of my sport. I am also proud that we have stuck together this season to salvage the core roots of our sport. Despite very large incentives, we chose the surf sports we love and believe in. The series this season was the best we have seen in a long time, but IronX is not the iron series and it is not surf sports. Collectively, we have shown how strong our passion for this sport is which is ultimately what makes it so great. #BetterTogether #JustSurfSports

Of course, Iron X is far from the first revolution seen in Australian sport. The likes of Twenty20 cricket, rugby sevens and Fast5 netball have transformed the landscape of their respective sports while creating new fan-bases and opening several avenues for additional corporate revenue.

Rugby league’s Super League venture and Tennis Australia’s Fast4 experiment were met with less success and virtually faded into oblivion, while cricket’s new one-hundred ball format will be tested for the first time this year in England.

Competitive surf lifesaving has been in desperate need of a resurgence as it attempts to return to the popularity it experienced in the golden days of the late 1980s and early 1990s, dominated by superstars Trevor Hendy, Darren Mercer and the late Dean Mercer. 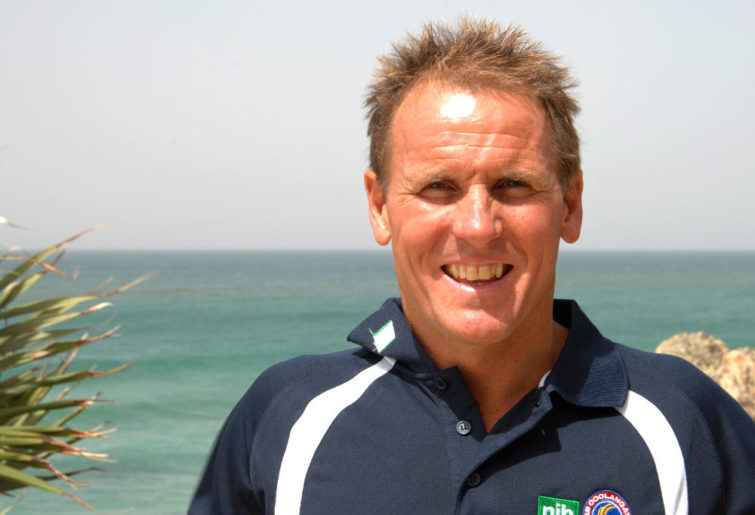 Since the cereal wars of that period, the commercialisation and rise in popularity of professional surfing along with the lack of support from outside Australia’s coastal regions has plagued surf lifesaving, which continues to rely on its strong nipper fraternity for athletes and supporters.

The future of Iron X is yet to be fully determined, but Surf Lifesaving Australia CEO Adam Weir has stated that the event was an “overwhelming success” and men’s champion Caine Eckstein has called for the competition to be expanded to a three-race series next summer.

However, in order to turn this surge in popularity into a wave of success, the organisers of Iron X will need to get the entire surf lifesaving community on board, or risk the concept petering out into little more than a ripple of novelty.

An NFL Sunday to remember

The NFL divisional round has come to an end, and it featured some of the greatest NFL games that I have witnessed in my three years of watching the league.

An NFL Sunday to remember

This week it has been reported that the Commonwealth Games could be returning to Melbourne in 2026, two decades after the city last hosted the event to much fanfare and triumph.