As far as opening rounds go, the 25th Round 1 served up by Super Rugby ticked off all the major food groups: some great expansive tries, some well-worked brute-strength tries, some outstanding breakdown work, and no major refereeing issues.

And it’s certainly true that I don’t focus on refereeing issue at the best of times. I’ve just never been one to let refereeing affect how I watch a game. But when none of the talking points post-match revolve around the men with the whistle, that’s certainly not a bad thing.

One little tease for Thursday is that we’ve all done pretty well on the tipping panel, with fives and sixes all round, and I guess you could say that it was a pretty predictable round of fixtures, save for the Sunwolves’ thumping of the Melbourne Rebels.

But within that pretty predictable round, the size of some results certainly surprised me. I thought the Chiefs would win, but not as well as they did. The Brumbies-Reds was expectedly tight, but I didn’t think the Bulls would get within eight of the Sharks.

The Rebels and probably the Waratahs as well were flattered by their score tallies, and I don’t think anyone had the Stormers keeping the Hurricanes to nil. And if anything, the Lions looked even more lacklustre than I thought they might this season.

From a local perspective, and though results went mostly to type, there were a couple of moments within a couple of games that stood out, and in my humble opinion, should give the average Australian rugby fan plenty to smile about.

The first came just five minutes into the sweltering Brumbies-Reds game, when Irae Simone crossed to open the Australian conference scoring for the season.

The Brumbies were in prime set-piece attacking territory, the south-west corner of Canberra Stadium, where I’ve forgotten way more lineout drive tries than I can remember. There was a sense of anticipation as the throw was taken at the top by Darcy Swain at four in a six-man set-up. Tom Cusack was even standing in the insert position.

But it was an option play. Cusack backed out with the ball and threw a pass for right winger Solomone Kata running what Brumbies fans know as the Speight line, lining up the inside shoulders of Isaac Lucas and James O’Connor, the latter bringing the big former NZ Warrior down nicely. Quick recycle and Joe Powell found Rob Valetini, who tried to punch through near the right-hand upright.

Quick ball for Powell again, and he threw a nice ball across the face of Scott Sio and Murray Douglas to find Allan Alaalatoa, the pass beautifully putting his captain outside the third Queensland defender, Harry Wilson.

As he’s about to catch the pass, Alaalatoa took a little half-step to further position himself outside Wilson, who by now has slid out and is already committed to the tackle, but is further advanced from the rest of his colleagues left and right, creating the opportunity.

Alaalatoa catches and passes in the one motion to find the flying Simone on a beautiful outside-in line that exploits the delayed gap between Wilson and Jock Campbell on his outside.

It was a sensational run from Simone – who has grown so well into the Brumbies’ number 12 jersey over the last year – but it doesn’t happen without the pass from Alaalatoa. It was a hell of a try assist from a tighthead prop.

At the other end of the field – and coming shortly before the time frame for what should have been a mandated drinks break, but which was weirdly knocked on the head by Brad Thorn – Lucas had a moment of deftness himself that produced a bittersweet moment for the Canberra faithful.

The Reds ran a lineout trick play of their own, with Liam Wright not entering his gather forwards to form a maul, but instead rolling out to find hooker Alex Mafi, who had swung around the back of the lineout.

Mafi shaped to pass to Jordan Petaia running away from the uprights, but instead went out the back for Lucas.

Petaia’s line was good enough to attract Noah Lolesio’s interest for a brief moment, and that brief moment was enough from Lucas to find Henry Speight, running the aforementioned Speight line, bursting through and scoring at the northern end of the stadium in such a familiar manner that the maroon jersey took a moment to register.

It was a good line from Speight, but Lucas’ pass made it great.

There wasn’t much for Waratahs fans to smile about coming out of their 43-25 loss to the Crusaders in Nelson, but their last try to Alex Newsome was another to feature for the touch shown in the lead-up.

Late in the game, trailing by 25 and with only 90 seconds to play with not much doing, the Waratahs’ number eight was good enough to react instantly to Alex Newsome’s call on his outside with this catch-and-pass right from the top draw.

Like Alaalatoa’s, Jed Holloway’s reaction allowed Newsome to exploit a staggered defensive line, parting for enough of a gap for him to accelerate through and run 25 metres to score untouched. It was a nice little moment to finish a game only dotted with little moments for the Tahs.

And in isolation, these passes will probably only feature in the highlight reels for another few days before something else comes along and we all move on.

But the fact that Australian players are finding this kind of deft touch in games is really promising. 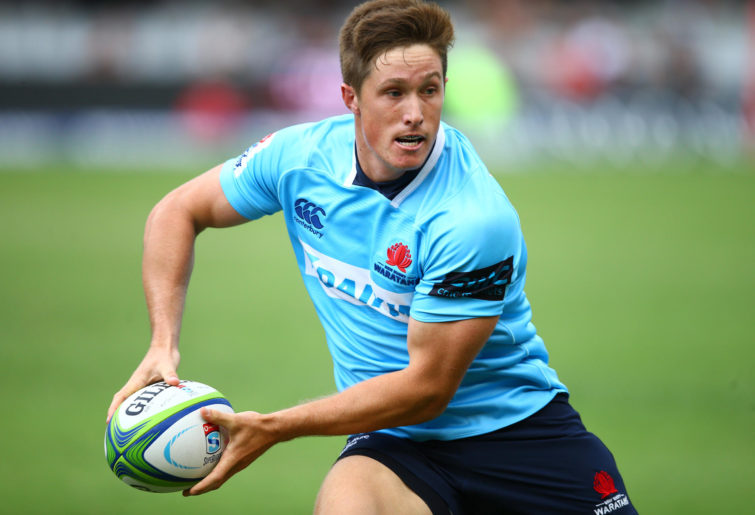 Too often in recent years we’ve lamented a lack of touch plays, and of the rare use of the inside pass and the offload, especially while the rest of the rugby world exploits broken and overly complicated Australian defensive lines.

From little things – little moments of deftness like these on the first weekend of the season – bigger things can grow.

Especially when they’re coming from exciting youngsters or players you wouldn’t expect it from. Long may it continue in season 2020.