The dominant batsman in Shield cricket over the past two seasons, Maddinson has piled up 1211 runs at 86 in that time, including five tons from just 11 matches.

His success hasn’t been limited to matches in Victoria either, with Maddinson churning out 422 runs at 60 in away fixtures.

While Australia’s top six is quite settled on the back of a commanding 9-2 win-loss record in their past dozen Tests, Maddinson is keeping Joe Burns, Travis Head and Matt Wade honest.

What makes the left-hander especially appealing, particularly as a squad member to tour Bangladesh, is his versatility. Maddinson made his Test debut in the middle order and has batted everywhere from Nos. 1 to 6 in the order across his 83-match first-class career.

When the 28-year-old shifted from NSW to Victoria at the start of last summer he made 162 as an opener in his first Shield innings. In his very next match, he was shifted down to No. 4 and peeled off 108 against Queensland.

Later that season he made a double of 136 and 61 batting at No. 4 against an excellent Tasmania attack. This summer Maddinson kick-started his season by crunching 224 as an opener, then two matches later he was shunted down to No. 5, where he made 69 and 22 in a very low-scoring game on a Hobart green top.

In his next two Shield matches he was back to opening before moving down to No. 3 for his latest match, in which he made 95 and 105*.

Most batsmen would be left in a spin if they were continually pushed up and down the batting order like that. The fact Maddinson has continued to destroy Shield attacks is incredibly impressive.

Although he has had significant success in the top three these past two seasons I still feel he is best suited to the middle order at Test level. 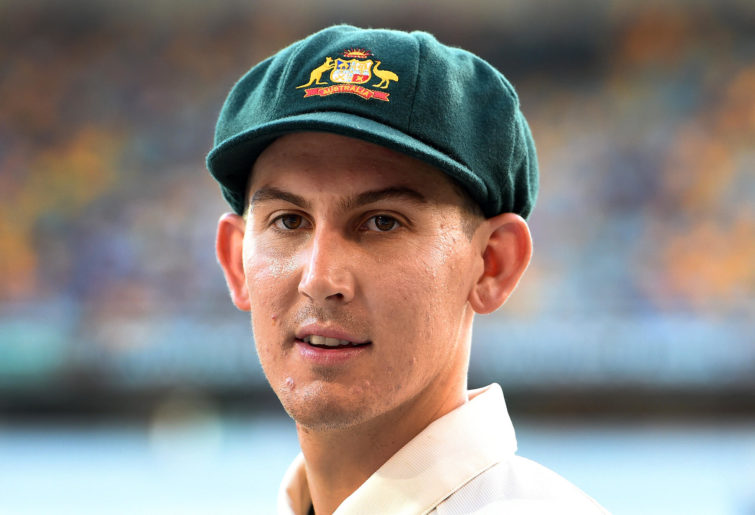 Maddinson is a daring stroke-maker. He is at his best when he trusts his instincts and takes on the bowlers. His ton against NSW yesterday came off just 85 balls and his strike rate over the past two Shield seasons is swift at 65.

Very few Test batsmen are successful batting with this kind of aggression against the new ball at the top of the order. It is an approach that is typically more profitable against an older ball in the middle order. That’s why Maddinson looks like a No. 5 or 6 batsman in Tests.

Head and Wade have those two spots locked down for the moment and Kurtis Patterson is waiting in the wings. But Maddinson is back in the mix seven years after he first emerged as a major talent.

In mid-2013, when Maddinson was just 21 years old, he appeared to be on the fast track to Test selection. He had made 1864 runs at 41 in first-class cricket and was fresh from a dominant run for Australia A. Across four matches for Australia A in the UK and Africa he piled up 528 runs at 75.

That included a double of 90 and 88 against a very strong South Africa A attack featuring four bowlers who went on to play Test cricket: Kyle Abbott, Marchant de Lange, Simon Harmer and Beuran Hendricks.

What made that effort by Maddinson even more impressive was that the rest of Australia A’s batting line-up flopped. Shaun Marsh, Aaron Finch, Glenn Maxwell, Alex Doolan, Mitch Marsh and Tim Paine collectively contributed just 112 runs at an average of nine in that match in August 2013.

With Australia’s Test batting unit struggling in the 2013 Ashes in the UK, and a dearth of domestic batting talent, Maddinson was suddenly a serious candidate to debut in the 2013-14 Ashes.

The youngster was in career-best form. He could have slotted nicely into that Aussie top seven, which otherwise bulged with experience thanks to the presence of veterans Michael Clarke, Chris Rogers, Brad Haddin and Shane Watson.

Instead, the selectors decided to plump for another old head in George Bailey. The Tasmanian was an odd choice given he had made just 331 runs at 22 across his past two Sheffield Shield seasons. Despite Australia destroying England 5-0 in that series, Bailey laboured, averaging just 26. He never played another Test.

Maddinson, meanwhile, had to wait another three years before earning a baggy green. Like Bailey before him, Maddinson was a curious selection at that time. Outside of the Aussie selectors, no-one had him on the radar for Test duties, even Maddinson himself.

He had averaged just 28 across his past two Shield seasons. Maddinson was battling just to keep his spot in the NSW side when he was plucked to debut against South Africa under lights.

In his three Tests he batted four times, made 27 runs and then was hurled on to the scrapheap. That experience seemed to dent his confidence as he had awful Shield seasons back-to-back in 2016-17 and 2017-18.

He fell so far that Maddinson was axed by NSW only slightly more than a year after playing his last Test. Victoria swooped, Maddinson accepted this fresh opportunity and ever since he has run amok.

Maddinson might have ready for Tests in 2013-14, definitely was not prepared in 2016-17 but now looks primed for a comeback.