Every offseason sees players moving on to new pastures.

This is a look into if each club would want one of those players back.

Note: the player must still be part of an AFL club’s list for the upcoming 2020 season.

Adelaide Crows – Patrick Dangerfield
The Crows’ best player before departing for the Cats at the end of 2015, he was an All-Australian three times (2012,2013 and 2015) and left winning the Crows’ best and fairest in 2015.

Since departing, Dangerfield has gone one to be one the elite midfielders in the AFL, winning the Brownlow medal and Leigh Matthews trophy in his first season at the Cats (2016). He’s been a four-time All-Australian (2016, 2017, 2018 and 2019), was the vice-captain once.

In a side that is lacking star-power with many players exiting the club after their grand final appearance in 2017, the Crows would love the star to return.

Brisbane Lions – Elliot Yeo
Having left Brisbane at the end of 2013 playing just 23 games in two seasons, Yeo was an unknown when picked up by the Eagles after requesting a move back to his home state. 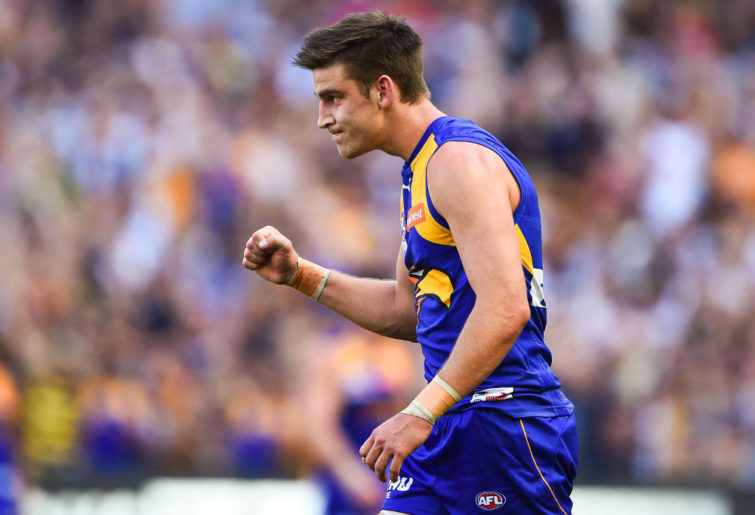 In 2020 he would easily break into the Lions’ best 22 and add quality to the side.

Carlton Blues – Josh Kennedy
Having lacked a consistent prolific goal scorer since Brendan Fevola departed at the end of the 2009 season, Kennedy would fill a desperate need for the Blues.

No Blue since Andrew Walker in 2011 has been able to kick 50 goals or more in a season. It’s the classic case of ‘waste not, want not’ as the Blues gave away Kennedy at the end of 2007 in a trade with the Eagles to get Chris Judd.

Collingwood Magpies – Marley Williams
He was a reliable defender during his tenure for the Magpies, playing 68 games between 2012-2016 before moving to the Kangaroos which saw the Pies receive pick 105 – a brilliant piece of business right there.

Since his move to the Kangaroos, he has been one of the better halfbacks in the AFL and a key component of the Kangaroos side with his drive.

He plays a role Collingwood lacks and would slot nicely into their best 22.

Essendon Bombers – Patrick Ryder
The ruck position has been a problem for the Bombers for several seasons. Tom Bellchambers can’t ruck solo and the less said about the Zack Clarke and Matthew Leuenberger experiments, the better.

An All-Australian ruckman in 2017, Ryder is a quality ruckman and would be a welcomed addition if he returned to the Bombers.

Fremantle Dockers – Lachie Neale
One of the best midfielders in the AFL, Lachie Neale has been sorely missed since his departure at the end of 2018.

Neale left the dockers as the club’s best player. He proved to be irreplaceable as he has left a hole in the Dockers’ best 22. In his first season at the Lions (2019), Neale averaged 31 disposals a game and earned an All-Australian selection.

Geelong Cats – Tim Kelly
In his first two seasons with the Cats Kelly (2018-2019) was an instant star after being drafted from South Fremantle in the WAFL.

He scored 48 goals in his 48 games at the Cats while averaging 24 disposals and won the AFLPA best first-year player award in 2018 and earned an All-Australian selection in 2019.

Kelly hasn’t even played a game for his new club and his presence is already missed.

Gold Coast Suns – Tom Lynch
The Suns struggled to kick a score during in 2019 with their highest goal scorer being Alex Sexton with only 39 goals.

Lynch kicked 63 goals in his first season for the Tigers and a key player in the 2019 premiership. He’s a prolific goal-scorer and a quality player even if he left the Suns on bad terms, they’d still love him back.

GWS Giants – Adam Treloar
While at the Giants, Treloar was developing into an exciting prospect.

Wanting a return to his home state of Victoria at the end of 2015, Treloar joined the Magpies and elevated his game.

He is coming off a career-best season in which he amassed a total of 789 disposals (32.9 per game) in 2019 and hasn’t averaged under 30 disposals since his arrival at the Magpies.

He is a quality player that would be a welcome addition to the Giants’ midfield group.

After departing to the Swans at the end of 2013, Franklin has continued to dominate the league and the Hawks would love to see him go one more time around in the brown and gold.

Melbourne Demons – Jeremy Howe
Howe was a reliable player for the Demons during his time (2011-2015) and could play either side of the ground.

Known for his incredible leap, Howe was a shining light for most of the Demons’ dark times with his great marking abilities earning him the mark of the year in 2012. He led the Demons in goals in 2013 before the arrival of Paul Roos switching to him to defence, where he was a reliable back man for the Demons.

Since jumping ship to the Magpies at the end of 2015, he has continued to perform, being a solid intercept marker in defence. An area which the Demons are lacking in, Howe would fit straight into their best 22 and give the Demons fans a reason to come.

North Melbourne Kangaroos – Levi Greenwood
He played seven seasons (2008-2014) for the Kangaroos, during which he was a solid contributor to their midfield group.

Since his departure to the Magpies at the end of the 2014 season, Greenwood has slotted nicely into their midfield group, notably performing when given the role as a tagger.

The Kangaroos lack that type of player in their side and with Ben Jacobs struggling to get onto the park due to injuries, Greenwood would fit in to the Kangaroos’ best 22.

Port Adelaide Power – Shaun Burgoyne
When Shaun Burgoyne left for the Hawks at the end of 2009 it was determined that we’d seen the best of him, with him having been part of their 2004 premiership side and part of the All-Australian team in 2006.

However, Burgoyne has gone to play career-best football at the Hawks, winning three premierships (2013, 2014 and 2015) and was the Hawks’ most consistent player in 2014, earning him the nickname of ‘silk’ for his clean ball use and ability to stand up in big moments.

Port Adelaide need an experienced head in their midfield and with Burgoyne ageing like a fine wine, he’d be a great acquisition.

Richmond Tigers – Brandon Ellis
While at the Tigers, Ellis developed into a key role player for his side. Playing on either the wing or the halfback, he was most noted for his run and carry ability in addition to having a long kick.

Leaving to the Suns in the offseason, Ellis would still be a valuable member of the Tigers’ 2020 team had he stayed.

St Kilda Saints – Jack Steven
During his 12-season (2008-2019) tenure at the Saints, Steven was a standout player during the latter years of his stay.

Despite the Saints going hard in the offseason to improve their squad, Jack Steven would still have his place and be a key player the Saints would like to have back.

Sydney Swans – Tom Mitchell
During his stay at the Swans Mitchell was developing into one of the best midfielders in the AFL, making an impact since debuting in 2013.

In his last season at the Swans (2016), Mitchell averaged 28 disposals a game and was the Swans’ best player in their losing grand final effort.

Since moving to the Hawks, Mitchell took his game to another level, becoming an elite midfielder of the AFL. Winning two Hawks best and fairest awards (2017 and 2018), two All-Australian team selections (2017 and 2018) and winning both the Brownlow Medal and Leigh Matthews Trophy in 2018.

With the Swans now expected to rebuild, Mitchell would provide some much-needed quality to the Swans’ midfield.

West Coast Eagles – Scott Lycett
Nic Naitanui has been hampered with injuries for the past three seasons, and the Eagles lack a quality back option in the ruck positions.

Lycett stood up as the number one ruck during the seasons which Naitanui was out, playing a key role on the 2018 premiership side.

Since leaving for the Power at the end of 2018, he was one of Power’s better performers throughout 2019 despite being dropped during the season and overtook Paddy Ryder as the number one ruck.

He would be a great option for the Eagles as a backup ruckman or a number one ruck if Naitanui finds himself in injury trouble again and can also play up forward. He would be a welcomed asset to Eagles.

Western Bulldogs – Shaun Higgins
He spent nine seasons at the Bulldogs (2006-2014) and was a key player rotating through the midfield and forward line.

With the ability to run all game and possessing an ability to find goals while playing in the midfield, Higgins was an important player to the Bulldogs’ structure before leaving at the end of 2014.

Since moving to the Kangaroos, Higgins has been one of their best players, improving his game and demonstrating his running and goal-kicking abilities.

A two-time best and fairest winner (2017 and 2018) and first-time All-Australian selection in 2018, Higgins is a quality player that would slot nicely into the Bulldogs’ best 22.