At 2-133 in the 27th over, with Steve Smith (76 from 94 balls) and Marnus Labuschagne (41 from 51 balls) well set, Australia were well-positioned to chase 292 against a Proteas attack missing superstar quick Kagiso Rabada.

SA had earlier showed it was possible to score at a swift rate on this Paarl pitch as they recovered from a vulnerable position to hammer 146 runs from their final 20 overs.

Australia needed to match this dynamism in the second half of their innings but instead, their chase fizzled out in dreary fashion.

So grim were their efforts to accelerate that Australia went nearly six overs without hitting a single boundary, starting from the 37th over.

Despite needing to attack the South African bowlers as the required run rate ballooned, Australia’s six and seven combination of Alex Carey and D’Arcy Short struck just one boundary between them from 40 balls.

Carey had a shocker, making five from 16 balls to badly stall Australia’s momentum. But the wicketkeeper-batsman does have some serious credits in the bank, having made 611 runs at 47 in his previous 20 ODI innings, including a sensational performance across the 2019 World Cup.

The same can’t be said for Short (18 from 24 balls), who is yet to fully flourish for Australia in any format and seemed out of his element at seven last night.

Short is not a middle-order batsman, let alone a finisher. In his 38 List A matches, he’s batted at five or lower in the order just seven times, and in T20 cricket he has batted outside of the top three just once in 83 games.

Short likes pace on the ball and is used to starting his innings against a hard new ball with the field up.

Not surprisingly, the West Australian struggled to get going as he faced a torrent of slower balls, cutters and spin from an SA attack that did a fine job last night.

That’s not to suggest Short was the major culprit in this loss. Carey, Aaron Finch (ten from 12 balls), David Warner (25 from 27 balls) and Mitch Marsh (16 from 19 balls) also failed to have a significant impact on the match. 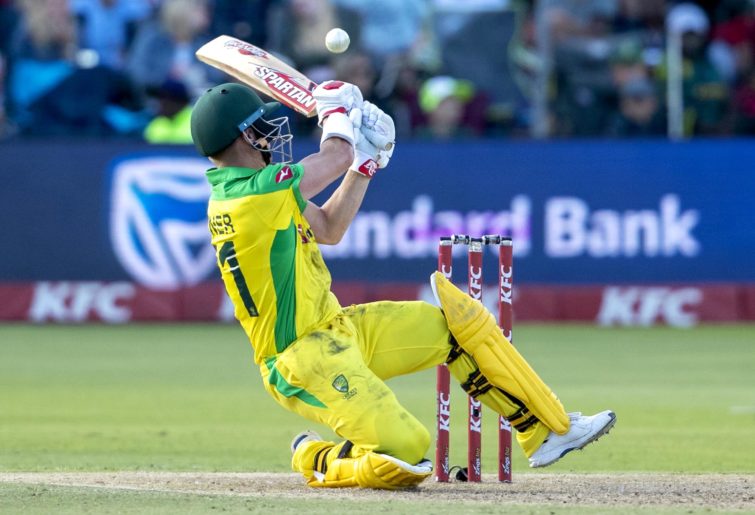 With 15 overs to go, Australia required just 7.66 runs per over, a very manageable rate against a solid but unspectacular Proteas attack. What was required at that stage was a short burst from one of their middle-order men to bring that rate down and turn the pressure on to the hosts.

A cameo of even 35 from 25 balls at that point would have been very valuable.

This was where Maxwell’s absence patently hampered Australia. So often in ODIs when other batsmen are struggling to find the boundary he arrives at the crease and makes scoring in clumps of four and six look easy. Very, very few other batsmen in the world can do that in the latter third of an ODI against old, soft balls with the field set deep.

Certainly there is no one else in Australia who can come close to achieving that. This much has been clear for years now. Maxwell was also sorely missed in the T20I series, which Australia would have won 3-0 if not for the complete absence of power in their middle order as they stuffed up an easy chase in the second match.

Maxwell’s rare gifts have long been underappreciated by many Australian fans and, at times, by the national selectors, too. The Victorian’s ODI career looked to be on the skids after his poor World Cup, with chairman of selectors Trevor Hohns publicly expressing disappointment in his efforts.

But as Janet Jackson warned us back in 1997, sometimes you don’t know what you’ve got ‘til it’s gone. And just like the J Dilla re-mix invigorated that pop track, maybe Maxwell’s layoff could yet bring the best out of him.

Surely it must have made the selectors realise just how indispensable he is.