Sunday’s card will continue a promised stretch of blockbuster fights, which includes Weili Zhang defending both her 20-fight unbeaten streak and straw-weight gold against the greatest 115-pound fighter of all time in Joanna Jedrzejczyk.

Can Jedrzejczyk prove her doubters wrong and regain championship form? Or will the firing-hot Weili Zhang continue her reign?

Israel Adesanya faces only his seventh UFC opponent in Yoel Romero looking to protect his immaculate record and extend to 19-0. In just two years, the Nigerian-born kickboxing phenomenon has shot through the UFC ranks and put the rest of the roster on notice.

City Kickboxing’s golden boy faces no easy task this weekend and will become the master of his own fate. In calling out the division’s gatekeeper Yoel Romero, Adesanya has opted for legacy by way of quality over quantity in what will be a major stepping stone on path to a super fight with light-heavyweight champion Jon Jones. This is a bout that will without a doubt determine the roster’s number one pound-for-pound fighter.

Yoel Romero was forged through the Cuban amateur sport system and has arguably the most frightening genetic make-up in the sport. An Olympic silver medalist and one of Cuba’s greatest ever wrestlers, Romero comes from a long line of professional boxers and incorporates striking into his game naturally. As one of the biggest hitters in MMA, Romero strikes with force and leaves it written all over his opponent.

Israel Adesanya quickly transitioned from kick-boxing to MMA in search of a more lucrative career. One of the most precise strikers in the UFC, the so-called Last Style Bender dismantles his opponents with unprecedented striking, deploying shots with a unique flair. Looking to extend to a 19-0 record, Adesanya has joined a rare group of UFC fighters. 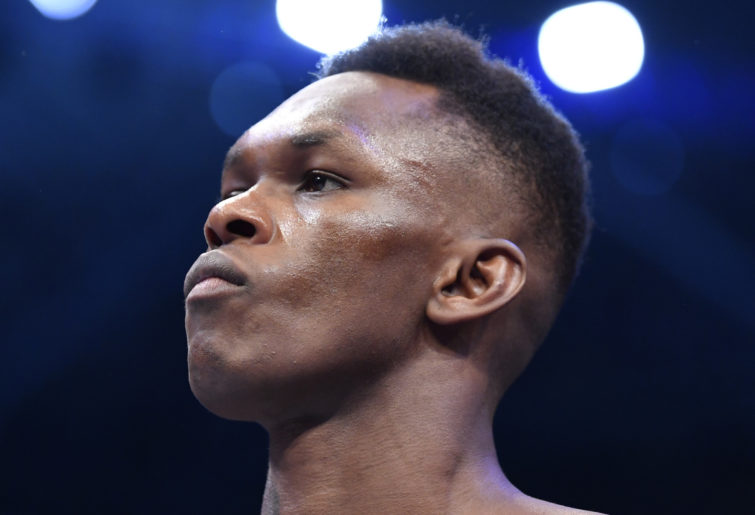 It is only every so often that a fighter comes along, boasting what can be considered the full package. Not only is he charismatic and violent with intention but he appeals to a unique niche of die-hard fans much like Chuck Liddell, Ronda Rousey and Conor McGregor before him.

Although Romero is coming off the back of a three-fight losing streak, is is extremely important to not have him underestimated. With 43 years on the horizon, Yoel Romero continues to prove himself to the world with an oddly revised claim to the middle-weight throne. Sunday will perhaps be his last shot at UFC gold.

Given both of their history in the octagon, it is safe to say that this will be an all-out war. Both fighters have proven chins and opt to stand and bang. Romero will need to unleash a scary pace if he wishes to employ the same strategy on someone of Adesanya’s tier. Adesanya will need to prove to the world that if he is tested on the sprawl that he is in fact more than a kickboxer.

Could we be looking at a new champion at 185? Or will Adesanya hand Romero his fourth straight loss and shun his claim to the title?