Holding a narrow 14-13 lead as they ran into the sheds for halftime, I was happy enough to give the Waratahs the benefit of the doubt and call the one-point margin a reasonable reflection of the first forty minutes against the Chiefs in Wollongong on Friday night.

The Chiefs took the points on offer early before Aaron Cruden missed a third penalty attempt in the 16th minute, and they converted this building pressure into more points five minutes later through winger Shaun Stevenson. At 13-0, things looked ominous.

But to their credit, the Waratahs fought back, sending Kurtley Beale over in the 26th minute and Jack Dempsey out wide in the 32nd minute, with young flyhalf Will Harrison converting both tries. 14 points was a more than solid reply to the Chiefs’ opening, the tight lead a good reward for the Waratahs getting themselves back into the game and converting field position into points.

“What we need to maintain is to keep building up that pressure. We’ve been showing some promise in building the phases, so just keep that going throughout the whole (second) half,” flanker Lachie Swinton told George Gregan on Fox Sports as he walked from the field at the break.

It made reasonable sense in a way that so many halftime interviews just don’t.

But, of course, we all know what happened after halftime.

The Waratahs shelled five tries in twenty minutes – 33 points in all – and basically watched on as the game didn’t so much slip away from them, but rather plummeted off a cliff away from them. The moment Chiefs scrumhalf Brad Weber ran in his second try in as many minutes, for the Chiefs to jump out to a 25-14 lead in the 46th minute, the Waratahs were gone. 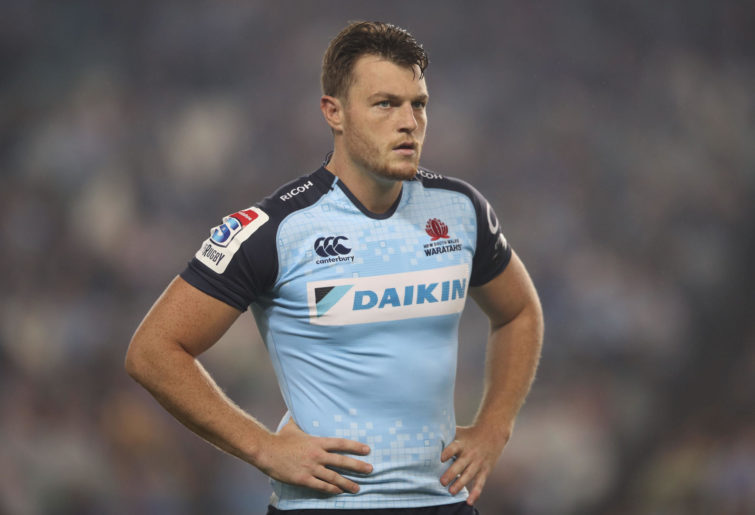 The thing that stood out to me about the nature of that second half performance from the Waratahs is that it wasn’t the young guys with a couple of caps making the crucial errors.

It was the guys who have had more than a few years in a Super Rugby environment and even with the Wallabies. There might be no better example than Beale dropping the ball cold with not a defender near him.

It was pointed out earlier in the season that for all the talk the substantial rebuild the Waratahs were undertaking, they were still taking the field with one of the highest total caps tally in the competition.

In Beale, Rob Simmons and Michael Hooper, the Waratahs also have three of the top four most experienced players in Super Rugby this season.

With Simmons out for the Chiefs game, the Waratahs still took to the field with a combined 904 Super Rugby caps. On the bench, even with three guys on debut, the Tahs could still call on 268 games worth of experience.

And this is a big difference between the Waratahs and Reds this season.

Queensland have one of the least-experienced squads in the competition, but are trying to get away from the ‘young team’ tag themselves because they acknowledge that they are a squad that has played a lot of rugby together as a unit.

And it’s this point of familiarity that has me agreeing with Geoff Parkes, who yesterday suggested that only the Reds were any prospect of clawing their way into the top group of teams in 2020.

Certainly, they are the best of the bottom six teams. For one thing, they’re the only team of the bottom six who still have a positive points differential, their record comparable with the Rebels, Hurricanes, Jaguares, and even the Blues directly above them on the table.

Their three losing bonus points are the most in the competition, and two of them were by less than a try. They haven’t got the wins they perhaps deserve, but they are certainly playing better rugby than the other five teams stuck on just one win.

(For what it’s worth, Queensland’s biggest issue going forward is going to be accumulating enough points to make a charge. Already, their maximum available points are the lowest in the comp, meaning that just winning games won’t be enough for them; they’re already sweating on teams above them to start losing.)

New South Wales don’t have this benefit of the doubt that is still being applied to Queensland. The Waratahs have six guys in their first season of Super Rugby, but have 13 playing at least their fourth season and two more playing their third. 13 of the 23 that faced the Chiefs in Wollongong on Friday night have played 30 or more games (the other nine have played no more than 11).

And this is why errors like those couple of knock-ons from Beale standout. They’re not coming from the young guys. 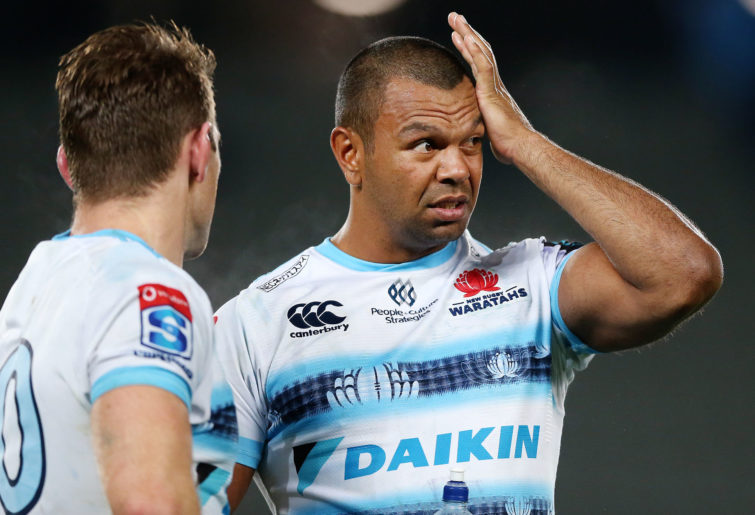 Only three – Abel, Tom Staniforth, and Will Harrison – didn’t miss a tackle.

Through the second half, the Waratahs simply had no answer for the Chiefs’ onslaught, and there wasn’t a lot of evidence of senior players leading from the front. The bench impact was token; six of the eight carried the ball, yet only four of them made ground – and none reached double figure metres. Prop Tetera Faulkner has played more than a hundred games of Super Rugby over ten years and his only entry on the stat sheet for Friday night was a single tackle in 27 minutes.

Too many senior Waratahs are providing nothing like the example the genuine young players need. Paul Cully hit more than a few nails in his scything analysis of the Waratahs performance for the Nine Newspapers over the weekend, but none more so than when he wrote, “Wallabies coach Dave Rennie won’t give a stuff for reputations.”

There’s more than enough evidence – goal-kicking aside – to make a case for the Reds still getting their season on track.

Worryingly, after just five games, there’s no such evidence coming out of the very players who should be leading the way for the Waratahs.