The footy is back! And nothing signals the start of a new NRL season quite like preseason predictions. So strap yourself in because we’re about to kick off another season of the greatest game on earth.

Premiers: Melbourne Storm
With the hype of the Sydney Roosters becoming the first back-to-back premiers in two decades, Melbourne’s regular-season dominance has been forgotten. The Storm finished the 2019 season on 42 competition points, a full six points ahead of the Roosters, and were ranked second in attack and first in defence.

Melbourne have retained their entire starting forward pack and have the luxury of bringing Brandon Smith – who would be the best player in several NRL squads – off the bench. A full off-season entrenched as the first-choice fullback will only have elevated Ryan Papenhuyzen’s game, while the signing of Ryley Jacks gives coach Craig Bellamy the option of shifting Jahrome Hughes into the centres.

Melbourne were criticised last season for not being able to find another gear to keep up with the Roosters. But with the loss of Latrell Mitchell and Cooper Cronk, that extra gear won’t be necessary in 2020.

Wooden spoon: New Zealand Warriors
I’m really not sure what has happened to the Warriors. Just two seasons ago they qualified for the finals and looked like a team on the rise. Entering the 2020 season, they’re fielding an already injury-ravaged roster that would struggle to topple the Wyong Roos.

In Roger Tuivasa-Sheck, Ken Maumalo and David Fusitu’a, the Warriors possess the strongest back three in the competition. Or at least they did before coach Stephen Kearney inexplicably shifted Fusitu’a to the centres. The illogical move suggests that new assistant coach Nathan Brown is sprinkling his magic dust on this already woebegone side.

Dark horse: Brisbane Broncos
I’m all in on the Broncos in 2020. This year’s squad is looking significantly stronger than the one that finished in eighth spot last season. The addition of Brodie Croft at halfback has strengthened several other positions, allowing Jake Turpin to settle in at hooker and Anthony Milford to remain at six. 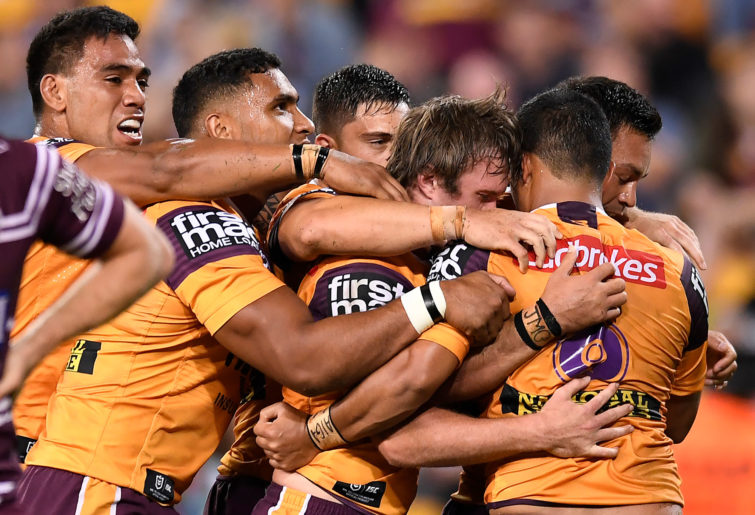 The loss of Jack Bird to a devastating ACL tear isn’t ideal, but the former Shark hasn’t really contributed over the past two seasons. Additionally, it gives Jamayne Isaako a crack at locking down the fullback position for many years to come.

The forward pack is a little busted to start the season, but this will give valuable game time to young studs like Thomas Flegler and Patrick Carrigan. And if Payne Hass, Tevita Pangai Jnr and David Fifita can continue their rapid development, Brisbane will have one of the most feared packs in the competition. This is a top-four squad.

Top eight pretender: Newcastle Knights
In 2019, the Knights were streakier than a bacon sandwich. The players were inconsistent in their offensive execution and displayed a worrying lack of defensive fortitude, sort of like having an entire squad of Anthony Milfords.

New coach Adam O’Brien boasts mouth-watering bloodstock, but can he put the finishing touches on a club that’s spent more time rebuilding than the Sagrada Família? I have my doubts. And unlike many first-time head coaches, O’Brien won’t be gifted a grace period.

With three players in the top five of their respective positions (David Klemmer, Mitchell Pearce and Kalyn Ponga), the Newcastle Knights are built to win now. Without many new troops, O’Brien will have to hope that tightening the defensive line and sharpening their attack will be enough to see this club take the next step.

Dally M Medallist: Cameron Munster
Playing behind the most consistent pack in the competition, Cameron Munster is set for his most dominant NRL season to date. 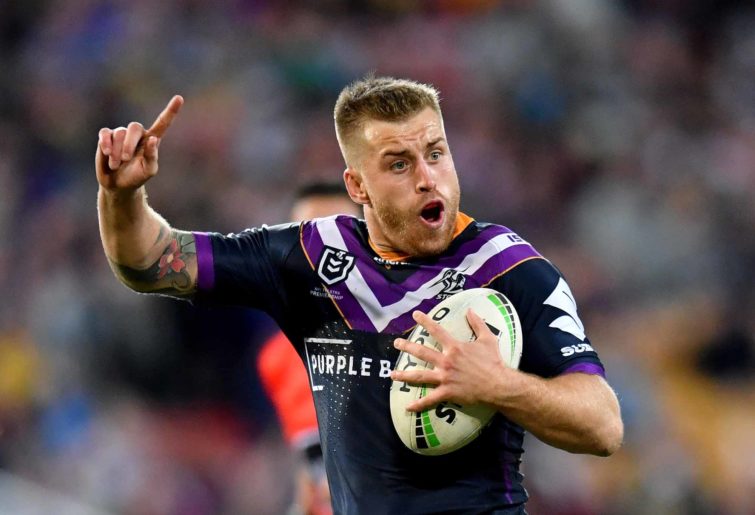 The emergence of Ryan Papenhuyzen gives Munster the kind of explosive support option that Cooper Cronk enjoyed when Billy Slater was in his pomp, and the return of Cameron Smith means Munster won’t have to run the whole show on his own.

Plus, Munster will be angry, or angrier than he usually is, and motivated to prove a lot of people wrong this season. Whether it’s sticking it to the Roosters or getting back on top of the Blues, I’m expecting the Melbourne number six to establish himself as the game’s premier player in 2020.

Player under the most pressure: Mitchell Moses
The only topic generating more media hype than the Coronavirus these days is the talk of Parramatta being genuine premiership contenders. This year’s strain of blue-and-gold fever is said to be particularly virulent, with symptoms including false hope, unrealistic expectations, and constantly referencing the mid 1980s. All hopes of finding a cure are resting on the shoulders of one man: Mitchell Moses.

The enigmatic halfback has been slowly bursting onto the scene for several seasons now, but 2020 shapes as the most critical of his career. Supported by the competition’s most complete roster and unencumbered by scrum-base power struggles, nothing stands in the way of Moses finally breaking Parramatta’s three-decade premiership drought. No pressure.

Breakout player: Scott Drinkwater
It was only 12 months ago that Drinkwater was earmarked as Billy Slater’s long-term replacement in Melbourne. A torn pec and some poor life decisions by Ben Barba saw Drinkwater land in North Queensland, where he again looked set to cement his place at fullback. And then Valentine Holmes arrived.

Entering the 2020 season, Drinkwater is favoured to partner Michael Morgan in the halves. The 22-year old former Australian schoolboy is a prodigious talent and given the opportunity to get some consistent game time at number six, he may very well give Cowboys fans a sniff of finals football.

Comeback player: Trent Merrin
Let’s be honest, Trent Merrin got well and truly Goulded at the Penrith Panthers. Brought over on big money, Merrin failed to play up to a contract his form and talent never really warranted. The Panthers then unceremoniously dumped him with significant time left on his contract, allowing Merrin to take up a deal in the UK.

Fast-forward 12 months and Merrin is back where it all began, in the fabled Red V. The former NSW and Kangaroos forward, still only 30 years old, will go a long way to filling the gaping hole left by Jack de Bellin. Don’t be shocked if his name is mentioned around Origin time.

Best buy: Api Koroisau
Penrith struggled last season converting field position into points. Much of this was on Nathan Cleary, as his style of play can be overly structured and predictable, but he didn’t have the benefit of a creative hooker to take the pressure off him in attacking situations.

Koroisau is exactly that player and will elevate Cleary’s game to another level. The shifty number nine was criminally underrated at Manly and was only released due to the emergence of Manase Fainu. Koroisau was previously on the roster in 2016, however in true Penrith style, he was only identified as a player of the future once he had been released midway through his contract.

Dud buy: Joey Leilua
At this point in his career, Joey Leilua is what he is. Teams know what they’re in for. On any given play, Leilua can win you the game or he can cost you the game. That’s just the gamble you take when you sign him.

The question is: is he worth the gamble? Ricky Stuart certainly thought so, although coaching Leilua for nearly five seasons probably cost him an inch of his hairline. The prospect of Leilua working under the maniacal Michael Maguire will make for compulsive viewing. I give it three months.

Coach of the year: Anthony Seibold
Plagued by poor player behaviour, a roster ill-suited to his scheme and the permanent shadow of Wayne Bennett looming over him, Seibold had a horror first year at Red Hill. And yet, despite the toxic media campaign death-riding his every decision, the Broncos still qualified for the finals.

Seibold is a smart man and a very good coach. He’ll have spent countless hours over the summer refining his plan to get the most out of his immensely talented squad. And with his players having another season under his tutelage, they’ll be more familiar with his style of rugby league. Brisbane will be one of the teams to beat in 2020, and Seibold will be a big reason why.

First coach fired: Stephen Kearney
Seriously, the Warriors should just fire Kearney now and get it over with. It would be much more humane than dragging him through a full season of torment and then sacking him when the Warriors collect the wooden spoon. 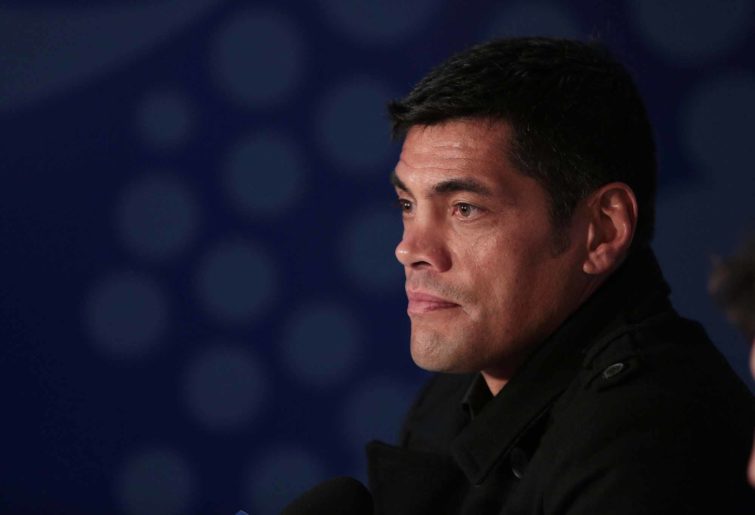 Kearney has had three seasons in New Zealand to turn these perennial underachievers into a respectable rugby league outfit. Sadly, their roster looks in worse shape than when Kearney arrived, and their style of play can be painful to watch. More painful still for Warriors supporters is that Nathan Brown is positioned to take over when Kearney is eventually given the arse. Yikes!

Best trend: Progress on expansion
From all reports after years of speculation, rumour and innuendo, expansion is a done deal. It seems to be only a matter of when, and not if, a new team will be included in the NRL. And while all the media attention has centred on bids from the Bombers and the Bears, my sources tell me that a new contender has emerged: the Brisbane V’landys.

When approached for comment, chairman of the ARL Commission and captain/coach candidate Peter V’landys remained tight lipped. According to The Daily Telegraph, this is a clear sign that V’landys is feuding with CEO Todd Greenberg in a bid to steal his job. Only in rugby league.

Worst trend: peroxide
I really thought society had moved on from this. That we had evolved as a species and realised that bleaching your hair was not a sensible life choice. Gareth Widdop I can excuse. He’s English and doesn’t know any better. But Corey Norman, please explain.

Someone described Norman’s latest hairstyle as a shepherd’s pie. I say that is an insult to one of my favourite dinners. If this cavalier use of peroxide is a precursor to the return of frosted tips, then the game of rugby league may be beyond saving.