Richie was kind enough to donate a signed Australian team bat from one of the teams he played in, which took pride of place in a glass cabinet outside the principal’s office.

Rod Taylor also went to the school, as did Chips Rafferty but the acting caper never drew me like cricket.

Looking back, that signed bat was my reason for collection memorabilia – that and the closeness to the Bankstown Post Office.

My first sport collecting memory is intertwined with the 1986 Kangaroo tour of Europe. Each day, as I walked home along the Great Western Highway, I’d buy the Daily Mirror to keep up with the news and build an impressive scrapbook. It was also the first year that Parramatta Stadium was opened so I was lucky enough to get a schoolboy pass and stand on the southern hill.

The next season I made it my mission to get the team poster that came in the Big League magazine signed by the 28 Kangaroos when their teams came to play the Eels.

In 1989, I went to Belmore and got Greg Dowling and Bryan Niebling to sign it for me. My mum did come to a midweek Panasonic Cup game and she splashed out on tickets in the Mick Cronin stand. After the game we went round to the sheds and waited for Wally Lewis and the other Broncos to come out so I could get a few things signed. 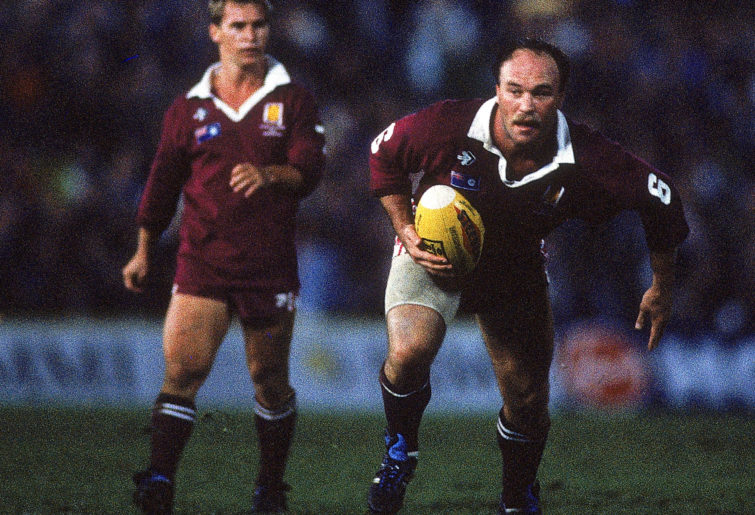 Wally Lewis brings the ball up for Queensland. (Photo by Tony Feder/Getty Images)

My real love is cricket and when the NSW team played in the Murray Bennet XI versus Steve Smith XI (South African rebel, not the ‘next Bradman’) there was no stopping me.

Greg Matthews – the biggest name in Australian cricket at the time – was fulfilling one of the many commercial arrangements that were coming his way thick and fast so wasn’t there. A young surveying student from Wagga and future Aussie captain was there, as was my favourite player, Geoff Lawson.

There were only two autographs I ever wanted: Don Bradman and ‘Henry’. I cashed in big-time that day with an international cricket season guide signed by NSW players, two (yes two) signed match programs, and a massive Geoff ‘Henry’ Lawson scribe on a large school exercise book.

Collecting two or more autographs has stuck with me over the years, so I’ve taken the advice of the man who does my framing for me: there is no need to spend big money on match-quality Kookaburras, you can buy perfect, autograph-hard cherries for $10 if you negotiate well, then get the superstar to sign both sides of the ball, gently cut the call in half, and frame two.

I’m not a seller but purely a hoarder so the jigsaw has never been fired up in anger. I don’t know what I’m going to do with ten signed Muttiah Muralitharan balls, but I have them. 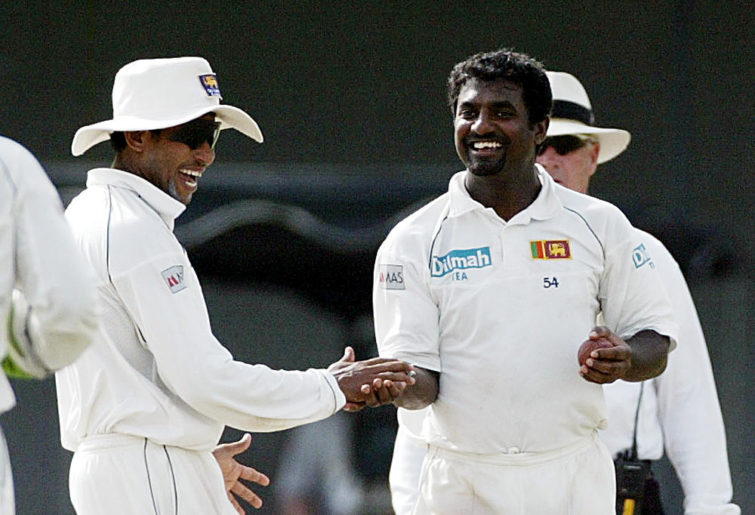 Don Bradman has been part of Australian folklore since he debuted at the exhibition ground in Brisbane against the Poms in 1928. Nowadays, people drive past that ground not knowing the historical significance it holds.

While the Don was never lucky enough to meet me, that Bankstown Post Office was instrumental in the growth of my Bradman obsession.

I had heard that if you wrote to Don via the South Australian Cricket Association, he would visit their offices and sign for hours on end in response to the mountains of mail he received from around the world. Needless to say, I sent everything I could to Adelaide for the great one to sign.

I had to get in for my chop before it was too late and thankfully the gravy train kept chugging along for many years. I never took my packages from Adelaide for granted and it was like Christmas when I got the slip in the post box for me to collect my parcel – my packages were never going to get into my letterbox.

My Bradman memorabilia is my most prized possessions and I’m truly grateful the Don did that for his fans.

I took a punt and wrote him a letter asking some arbitrary questions never knowing if I’d get a response. To my surprise, the envelope I received in response was written in the same hand as the signature on the bottom of the letter – on his personal letterhead and hand-typed. It matters not if those same fingers that gripped a Sykes bat in Leeds were the same as those on the vintage typewriter.

By this stage I thought anything was possible and rang the number of a Larwood from Kingsford I found in the White Pages. Could it be him? An elderly English lady’s voice answered. It was Lois, his wife since 1927. I explained who I was and would I be able to speak to Harold.

“Harold, it’s a young lad who wants to talk to you.”

And so it was arranged for me to actually meet one of the most famous cricketers ever. In his own home.

Harold Larwood and his family emigrated to Australia in the ’50s and he worked most of his career at Pepsi. While thought of as the enemy, he was respected by Australians, especially when he scored 98 as a night watchman at the SCG in 1933.

As I pulled up outside his home, I could not believe I was actually here. Through the gate and with a knock on the door, Lois answered and Harold was waiting. Age brings a modesty and dignity, but I suspect Harold and Lois were always charming and polite.

Alongside family snaps were photos of glories past and an ashtray from his skipper, Douglas Jardine: “To Harold, for the Ashes, from a grateful captain”.

As we spoke about Bodyline, he set us straight: he didn’t like that description of what he bowled. To him it was fast legside bowling.

He then pulled out a ball used in the series. The enormity on this occasion was not lost then and I still talk about it today. My memory has not faded, nor had Harold’s as he recounted stories in the hour spent with him.

I took my Bradman albums, which I was lucky enough to have the Don sign and Larwood regarded Bradman as the doyen he is so was happy to sign pages where he featured. His arthritic fingers gripped the pen and in slow, deliberate hand, this blind old man in brown slacks and cardigan sat and obliged a young bloke who took a punt.

Leaving, I asked Harold if I could get a picture. He refused. He wanted to be remembered how he was, not how time and age had taken its toll. Fair enough. How could I be disappointed after the hospitality afforded? He then left the room and came back with two signed copies of this biography. Lost for words, I rate Larwood as the greatest.

What a contrast there is in the lives of Bradman and Larwood. Both joined at the hip by a cricket series from 1932-33, one the hero of a nation, the other forced from the game and the country of his birth only to come to the land where he was hated then admired. Bradman knighted in 1949, Larwood awarded an MBE two years before his death at age 90.

Both men had a reputation for never refusing an autograph. While today’s sports stars live in a different world, men like Bradman were the focus of every man, woman and child who were ravaged by the demands of the depression.

Like Phar Lap, attention shifted when Bradman strode to the crease.