Alex
Roar Rookie
8th May, 2020
26
Join the conversation
Advertisement
Write for The Roar

Paul Gallen and Sonny Bill Williams are reportedly trying to get a bout with Mike Tyson. For those in the know, Tyson has already committed to bare-knuckle boxing to fight Shannon Briggs.

A tough guy on a footy field, or down the pub, is ill-equipped to deal with a professional fighter having spent years honing their skills in a gym, not to mention arguably the most feared and brutal heavyweight of our time.

Tyson qualified for the Olympics, turned pro at 18 and was the youngest heavyweight ever at 20 years and four months. And having recently seen him working out, he is in phenomenal shape and still a handful at 53 with his speed and power.

Thank goodness Jeff Fenech called it for what is was: a dangerous and stupid idea. Fenech who knows Tyson well, also knows his capability as a fighter.

Both Williams and Gallen are footy legends to all in Australia. However, boxing legends they are not. Neither possesses enough fire power, hand speed, head movement or footwork to do anything serious in a boxing. 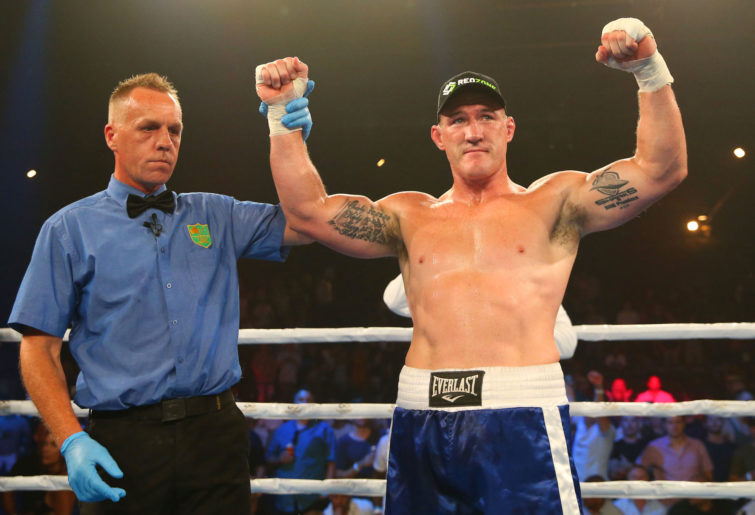 Tyson, on the other hand, displays all of these skills even at his age. People who lived in New York, as I did when Tyson was beginning his career, saw an unstoppable teenager who struck fear in the heart of seasoned pros.

He was so ferocious that he could hardly find sparring partners. Before his personal difficulties took over, he resided with Cus D’Amato, and was a hurricane that nobody had seen the like of before or since.

Continuing on the line of one-sided bouts, Oscar De La Hoya is set to take on Conor McGregor. Again, he is a top-level Olympic and professional fighter, and behind Floyd Mayweather he is one of the best fighters in his time pound for pound. I hate to say this but I hope De La Hoya teaches McGregor a lesson that he never returns to a boxing ring again.

A great UFC legend he is, a boxer he is not. A distinct lake of power and movement make him relatively harmless in a boxing ring. I doubt it will be any better than the one-sided affair in the Mayweather fight.

Perhaps the only person to have picked up professional boxing successfully later in his life was Anthony Mundine. He was a gifted fighter who took up pro boxing at 25 after only four amateur bouts at the age of 17.

Mundine’s natural ability allowed him to become a world champion in a very competitive weight class – truly a real-life Rocky story. Whether you like Mundine or not, coming from a boxing family, he had that one-in-a-million talent that took him to the top.

That is something that may never be repeated again. I sometimes wonder had Mundine chosen boxing over the NRL, how great he may have become.

Boxing has many talented fighters in Australia, and there in no need to sully the sport with ridiculous speculation. Williams and Gallen need to stay in their lane and enjoy the limelight for the great players they were.