NRL’s third law: For every action, there is an equal or opposite reaction

I struggle to see any other sport in the world that alters the rules of their game as frequently as rugby league does.

The benefit of the doubt for the NRL this year is COVID-19. Although it nearly derailed the 2020 season, it has essentially given the NRL some leeway to trial new rules during an already-commenced season.

But recent history of the constant rule-changing in the NRL has created rugby league’s own version of Newton’s laws of motion, which describe the relationship between a body (the laws of the NRL) and the forces acting upon it (the ARL Commission), and its motion (NRL players and coaches) in response to those forces.

This is when the NRL alters certain rules of the game to benefit it for one purpose, but consequently diminishes the product somehow in another way.

For example, in 2014 the NRL introduced the seven-tackle set where any time the ball went dead behind the goal-line from the attacking team, the defensive team received a seven-tackle set from their 20-metre line. The purpose of introducing such a rule was to mitigate the opposition kicking the ball dead in favour of keeping the ball in play more often, speeding the game up.

The result of such a rule change? Well, although it served its purpose in stopping players kicking the ball dead on purpose, this removed a tactic for the kicker that would effectively limit the opposition fullback possessing the ball, which also meant less opportunity for fullbacks to return the ball with space against a broken defensive line.

It was otherwise known as the Billy Slater rule. Teams did not want the superstar fullback carrying the ball back with time on his side to calculate his attack, so they preferred to kick it dead. 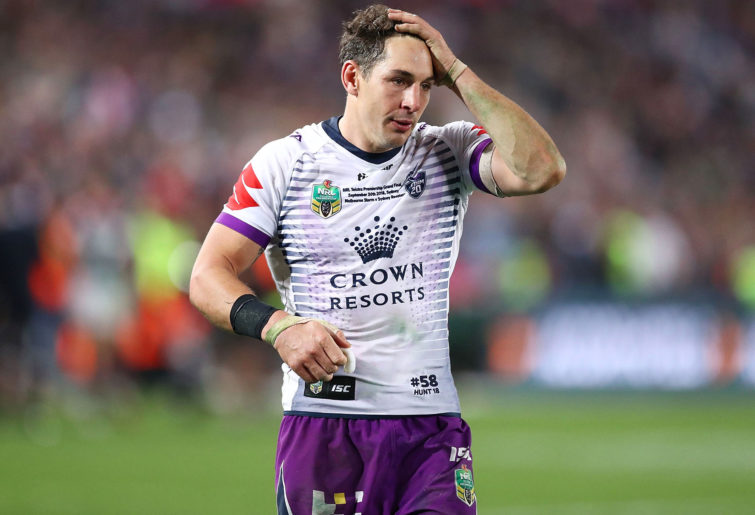 The old restart rules were to tap from the 20-metre line with a six-tackle set, providing an advantage to the opposition anyway, but getting an extra tackle for kicking it out served as a major deterrent.

The major flaws in this rule change? A seven-tackle set could also occur when any error by the attacking team was committed in the opposition’s in-goal area, and kicking the ball dead from any position of the field.

Why should the attacking team be disadvantaged if they make a handling error in the opposition’s in-goal when attempting to score a try? Why does a grubber kick going dead from five metres out result in a disadvantage to the team that kicked the ball?

The NRL took action and made a change to a rule and did not foresee the implications of the reaction – fewer tries from kicks, and teams settling on the sixth tackle in ample attacking position rather than chancing their hand. The rule should have been if the ball was kicked dead from outside the 30-metre line then it should reward the defensive team with seven tackles.

This brings me to the revitalised 2020 NRL season scheduled for May 28.

The Peter V’Landys-run ARLC made a significant rule change to the laws of the NRL two weeks out from the restart of the temporarily-paused season, where instead of a penalty stoppage for ruck infringements, the now-single referee will signal a fresh set of six.

Referees will still retain the power to issue a full penalty and also sin-bin players for repeated ruck infringements.

The ARLC says this new rule will significantly limit stoppages in the game and eradicate wrestling, ultimately allowing a free-flowing game. The force has taken action.

What has not been highlighted yet, and will not until the season is underway, is the reaction from the players from the new laws that have been thrust upon them.

Since when does a kick for touch after receiving a penalty not benefit the team that received the penalty? Imagine being on your own ten-metre line, first tackle, you receive a penalty for a ruck infringement. Instead of kicking the ball 30 metres down the field and starting a fresh set of six, under the new laws you need to start it from where the infringement occurred.

You might think it is making the defending team work harder because they have to face another fresh set without a break. But the attacking team equally has to work as hard in order to make up those metres they could have received through a kick for touch.

What if the ruck infringement occurs 20 metres out from the opposition’s goal-line? The new rule doesn’t give the option for attacking teams to take a penalty goal for an extra two points unless a referee blows the whistle for a full penalty.

So when is it the right time for a referee to issue a full penalty? I don’t know. Let’s just hope the referees do. All I know is that this abrupt rule change tinkers with the fabric of the game once again, and sets up yet another grey area in a game already riddled by grey areas.

Players and coaches adapt to such changes, and historically they flout them and test the waters as much as they can to do nothing else but benefit their team. These are the motions responding to the force.

Admittedly there have been various rugby league laws altered throughout their history that have shaped the game into the great product it is today.

Arguably the best rule change in recent years was to remove the corner post as a means to signal a player was out, allowing for some of the greatest tries to ever be scored by our modern-day wingers.

But fans are reluctant to change and the NRL seems to always test them with how frequent and reactive they are. I hope these recent changes are for the best.