Raelene Castle resigned less than three years into her role as head of Rugby Australia (RA).

Her sign-off hinted that RA board members had lost confidence in her capacity as CEO, and that they wanted clean air. This came days after 11 former Wallabies captains demanded an urgent overhaul of RA headquarters.

There is some conjecture among Australian rugby fans as to underlying reasons for her departure. The version of events you have consumed will depend on your information sources.

A casual Australian rugby fan discussing reasons for RA’s most recent debacle may reference the Wallabies’ disastrous 2018 season. The name Israel Folau may enter the fray. A perceived contractual feud between long-time broadcaster Fox Sports and RA will get a mention. Let’s address each of the above.

Even though the 2018 Wallabies season was the worst on record, it wasn’t as if the organisation’s performance had fallen off a cliff. This season was the low point of a decade-long chasm of mediocre performances and record losses.

In 2010 they lost to Irish provincial side Munster. This was followed by a loss to Samoa in 2011. Robbie Deans resigned in 2013 after a failed British and Irish Lions tour. New appointee Ewen McKenzie sparked hope with four out of five wins during the European tour. However, it quickly deflated with McKenzie finishing his national coaching career with a 50 per cent win rate and a world ranking of sixth.

Michael Cheika was named McKenzie’s successor, making him the third national coach in two years. The Wallabies performed surprisingly well at the 2015 World Cup with a runner-up finish. We witnessed a nosedive in 2016 with a 3-0 series loss to England. In 2017 the Wallabies suffered their fifth straight loss against England and a record loss to Scotland.

Late 2017 saw Raelene Castle enter the scene as CEO of Rugby Australia. Her inaugural season 2018 was the worst year in Australian rugby history, with four wins from 13 Tests. But considering the lead-up to this season, the nightmare of 2018 was hardly a surprise. There was an unnerving feeling that the Wallabies’ woes were set to continue. It was obvious that Australian rugby had become bloated at the top end, in terms of financial allocation and national focus. To ensure the future of rugby in Australia there were calls for sacrifices to be made, the Wallabies’ success being one of those.

For anyone tired of hearing the name Israel Folau, tune out now. This bitter tale garnered international media exposure and was the highlight, good or bad, of Castle’s RA journey.

For those a little hazy here is a reminder. Folau was sacked in May of 2019 for a homophobic Instagram post. This came on the back of a similar post, which he was given a warning for, the previous year. Some say that Castle should have halted Folau’s participation in the game after the first incident. In hindsight this may have been the right decision considering he was nearing the end of his contract.

However, the World Cup was looming and Folau was Australia’s best player. It was not an obvious decision at the time. Others maintain that Folau had every right to say what he did. In a time of sharply declining participation rates in contact sport, rugby needed to appeal to every corner of the Australian market. This included the LGBT community.

Folau’s eventual sacking was triggered by an independent panel. Castle stated that his post was incompatible with the game’s value of inclusiveness.

What many may not recall is that following this decision, Castle received a death threat from a Folau fan. This forced RA to beef up security at its headquarters and order a review of Castle’s residence.

The Folau saga sparked the avalanche of bullying aimed at Castle. And the bullying was widespread. She wasn’t just the butt of malicious comments on social media. Mainstream media giants like Alan Jones, a News Corp employee, were also laying the boot in. As were Fox Sports commentators, Phil Kearns leading the charge.

There was mixed representation of the Foxtel versus Castle feud at the start of 2020. Pay TV giant Foxtel had been a long-time broadcaster of rugby in Australia. Upon negotiation attempts for a new TV deal earlier this year, Castle stood strong when Fox offered only $20 million per year ($37 million per year short of their last deal).

Castle braved the unknown and took broadcasting rights to the open market, capturing the interest of Optus, who reportedly offered upwards of $30 million. Rugby union is a less attractive product than it was ten years ago, which accounts, to an extent, for the low-ball offer made by Foxtel (a subsidiary of News Corp).

However, being synonymous with Australian rugby for so many years, Foxtel was keen to keep it in its sporting stable. Negotiations hadn’t gone to plan for Foxtel. In their eyes Castle wasn’t playing ball. The hard-nosed approach taken by Castle may have forced Foxtel to reconsider its offer. If not, a move to a new broadcaster like Optus could have been the fresh start RA needed.

Generally, BBQ catch-ups and off-the-cuff social media comments fail to capture a subject’s complexity. Upon reading and watching the latest RA updates on mainstream media, there seems to be little mention of the grassroots initiatives during Castle’s time in office.

A first-glance example of RA directing more attention towards grassroots rugby is their recently updated website. The only Wallabies or Super Rugby mention on the home page is a photo of Matt Toomua among a collage of junior club players, girls and boys. There is a community section, which publishes a wide range of articles including regional junior club news and stories from Australia’s deaf rugby competition.

These seemingly minor presentations signify an emphasis shift to a bottom-up approach, sorely needed in an organisation that had become too focused on elite-level performance. The trickle-down angle, taken by Australian rugby administrators for many years, was hinged on the hope that Wallabies wins and Super Rugby success would lead to a boost in registration. This approach needed to be flipped, demonstrated by the steep decline in rugby participation rates over a 15-year period, around 63 per cent. And Castle appeared to be in the early stages of implementing this. 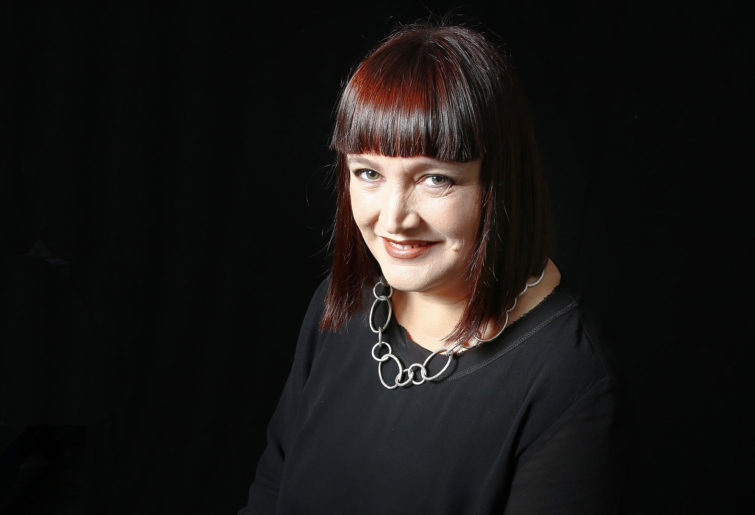 Grassroots success could also be observed in Australia’s performance in the most recent Junior Rugby World Cup, where they finished runners-up. Their previous finals finish was in 2011, when they came third.

Over the past few years, more extensive live-streaming and recording of weekly Queensland Premier Rugby games has been put in place. This has proven to be an invaluable resource for skill development, team efficiency and player exposure.

There was the continued promotion of the NRC and more precisely, when examining Castle’s reign, the introduction of an NRC Division 2. This competition includes teams from South Australia, Victoria, Tasmania and Western Australia among traditional rugby states. It enables a pathway for untapped talent, and from a business perspective, opens several new demographics.

Castle’s negotiations with the Rugby Union Player’s Association (RUPA) were fruitful. Discussions concluded with, for the first time, the Wallabies, Wallaroos, all Super Rugby players and both Australian Rugby Sevens squads being bundled together. This meant more tiers gaining access to the revenue-share model, which sees all representative players tapping into 29 per cent of revenue generated by the professional game.

The Super W competition (the Australian women’s Super Rugby championship) was an endeavour sparked in 2018. When looking to strengthen a sport’s foundation, female participation is essential. This initiative was a positive step.

Other examples of grassroots promotion were the introduction of the size-for-age guidelines for junior rugby, clear and inexpensive pathways for junior and senior referees, forging an alliance with International Gay Rugby to promote participation among Australia’s LGBT community, continued support for the AON University Sevens competition, and strengthening the link between RA and the Lloyd McDermott Rugby Development Team, providing opportunities for First Nations people.

Considering a balanced account of the Raelene Castle situation there doesn’t seem to be a standout blunder necessitating resignation or a vote of no confidence. However, there seemed to be a much greater level of dislike for this CEO than any other over the past two or three decades.

There may have been an element of misogyny. Rugby in Australia is still considered a gentleman’s club, even after many years of mums, sisters and daughters contributing and playing in local and top-flight rugby. In a wider context, it is common for women in powerful positions to receive vitriol in no way related to their skills, abilities or qualifications.

It could be that Castle was not prepared to play the role of puppet for Fox Sports and News Corp in their broadcast rights dealings. Consider, for a moment, the main characters involved in deconstructing confidence in Castle’s ability to lead. Alan Jones and Phil Kearns are employees of News Corp slash Foxtel.

Since Castle’s appointment there has been continued subjective critiques of her performance by these influential men. This ramped up after the Folau saga but even more so following the failed negotiations at the beginning of this year. News Corp has a significant interest in the success of the Wallabies and Australian Super Rugby franchises, as these entities are the masthead of its rugby product.

A redirection of funds by RA towards grassroots rugby and away from the elite division would no doubt result in a period, potentially ten years, of poor performances. This leads to a temporary loss of public interest, equating to a decreased TV audience and lower advertising revenue.

Australian rugby supporters must question the viability of appointing a CEO with strong links to the media company. For instance, would the appointment of Phil Kearns – a long-time News Corp employee – secure Australian rugby’s future or Foxtel’s revenue stream?

In any case, if rugby in Australia is to flourish (or even exist) into the future, those in power need to decide which end of the game to emphasise.

Is their goal a positive, long-term outcome by nurturing the juniors to Wallabies pathways or short-term success at the elite level?

There can be a balance of both. However, that balance needs to tip significantly towards grassroots, as the current approach is not sustainable.