Restarting the season could hinge on Adelaide and Port Adelaide joining West Coast and Fremantle in temporarily relocating to quarantine hubs on the eastern seaboard, throwing the planned return date into question.

The league was poised to announce its return to train and play dates on Thursday but on Wednesday night, South Australian health officials threw a spanner in the works by reportedly rejecting the league’s request for training and travel exemptions.

In a letter to AFL chief executive Gillon McLachlan, reported by Newscorp, South Australia’s SA COVID-19 Transition Committee rejected an AFL request for players to be able to bypass a 14-day quarantine period when flying in and out of the state.

“On public health advice, the committee has resolved that any economic and social benefits to be gained by allowing modification or exemptions to SA quarantine requirements for AFL players and staff were not outweighed by the public health risk,” the letter said.

The Crows and Power were also denied exemptions that would allow them to commence full training, including contact.

South Australia’s rules only allow for non-contact training in groups of ten until at least June 8 – just three days before the proposed season restart of June 11.

“The committee also agreed that the restrictions on training for sport in South Australia should apply equally to the AFL,” the letter said.

As players across the league are currently restricted to training in pairs due to varying rules across the states, it appears likely the two SA clubs will have to relocate to allow all 18 clubs to quickly progress to full training. 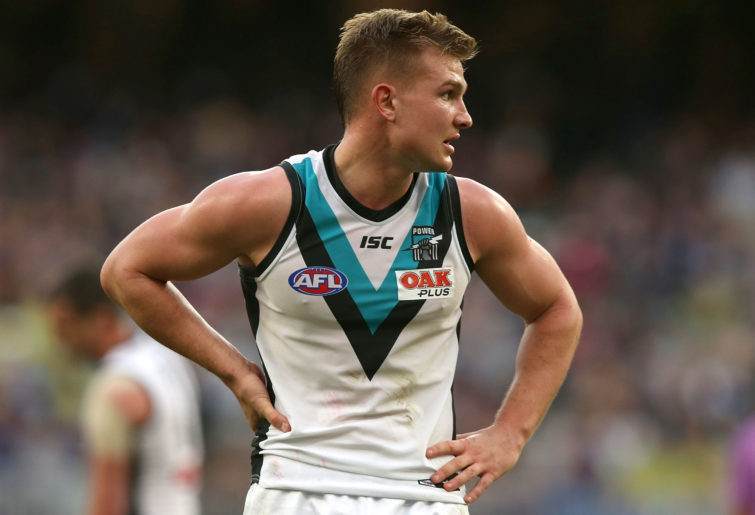 Victorian clubs already have a state government exemption while NSW and Queensland clubs are certain to receive allowances in line with those granted to their NRL counterparts.

West Coast and Fremantle are considering temporarily relocating to the Gold Coast if they, as expected, are unable to secure state government quarantine exemptions.

A move to South East Queensland would allow the WA clubs to stay in a warmer climate, while also negating a potential home advantage that Victorian clubs would have if they moved to Melbourne.

“If that’s what we need to do, I’m more than happy to do it,” Fremantle skipper Nat Fyfe told Channel Nine.

Meanwhile, North Melbourne and Hawthorn’s hopes of hosting games in Tasmania this year appear to be fading after premier Peter Gutwein made it clear the state wouldn’t be able to “accommodate” AFL football under its current border restrictions.