The Wrap: Cauliflower Club a shining light in Australian rugby

It’s an old adage that the very best ideas start off as one thing and evolve into something greater.

Ostensibly a way to keep a group of ex-Wallabies connected – before Zoom and WhatsApp were a thing – the Cauliflower Club was formed in Sydney back in 2012. It didn’t take long for the players involved to consider how, in addition to enjoying their own company post-retirement, they could put something back into the rugby community.

Speaking recently to The Roar, figurehead Peter FitzSimons was at pains to stress the rugby’s inclusivity, and how “the vast majority of people who play rugby come out of that experience the better for it. We thought that there was a chance to do something for the small percentage of people who don’t come out of it better.” 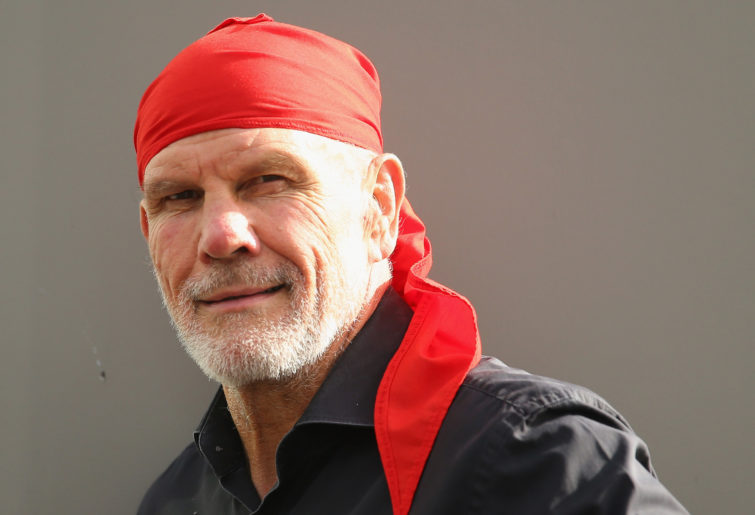 Hence the evolution of an organisation that has kicked some impressive fund-raising goals, for example, a $100,000 contribution to the Sargood Centre in Collaroy, NSW for the provision of specialised gym equipment and custom-designed kayaks for use by people with spinal injuries.

This investment is typical, where the focus is not on making grants to individuals, but instead to spread the benefit as wide as possible. In this sense, it isn’t only ailing rugby players who are advantaged. The benefit extends to people from all walks of life who have suffered catastrophic injuries.

Partly because the vast majority of spinal injuries in rugby occur to forwards, and partly because forwards (front-rowers in particular) find it difficult to converse coherently enough to make and keep friends after they retire, the Cauliflower Club has a strong forwards focus.

Indeed, the only member of the board who is a back is Rob Horne, who himself had the misfortune of suffering a spinal injury, which curtailed his career. The subsequent addition of 2016 Olympic gold medallist Alicia Lucas (nee Quirk) also illustrates how the organisation is continuing to evolve beyond its original premise.

For Cauliflower Club members, the pinnacle of the rugby calendar is an annual lunch, which serves not only as the primary fund-raising event for the year, but as an annual opportunity for backs to celebrate forwards. Ex-Wallaby Dean Mumm relived last year’s event with The Roar.

“The on-stage reunion of the victorious 1999 Wallaby World Cup winning side, complete with ex-prime minister John Howard gripping hard on the cup like he was never going to let it go for the rest of his life, with John Williamson singing alongside, was an incredibly special, magic moment that I’ll never forget,” Mumm says.

“It’s really renewed my sense of spirit in rugby. When you play professionally, you’re in this bubble where the focus is obviously on the team and your own performance, and it can sometimes be a grind, and there’s also political stuff that comes into it. The Cauliflower Club is far from that, it’s all about traditional values and mateship, and while we’re enjoying all of that, we try to raise a few dollars in the process.

“Laurie Fisher, Bob Dwyer, Rod Macqueen – some of Australia’s best coaches have been involved, and it’s been a great opportunity for them to relive what originally got them involved in rugby as well.” 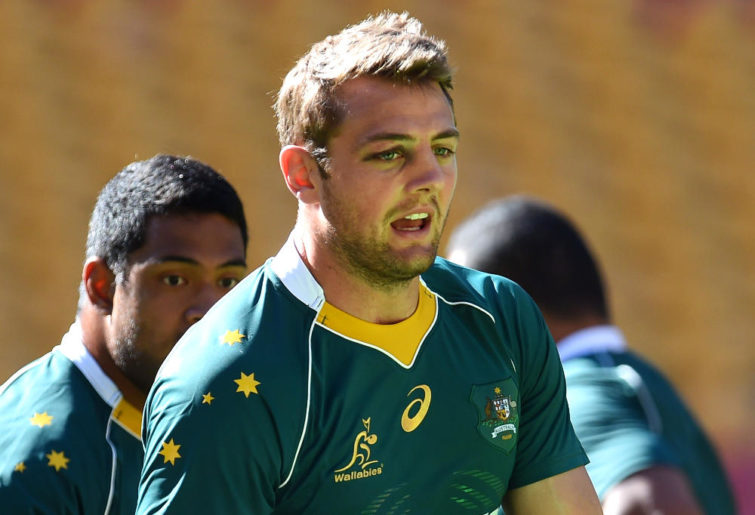 And what would be the point of involving coaches of that calibre if there was no actual rugby involved?

A schedule has been constructed where a Cauliflower Club XV plays twice annually (COVID-19 permitting). All matches are exclusively in country settings. Team selections are heavily loaded with front-rowers.

The man charged with assembling the players is Orange-based Steve Adamson.

“I started as a country ambassador five years ago, holding charity rugby days in country New South Wales, which led to me being invited onto the CC board in 2017,” Adamson says.

“During that time, I created the Cauliflower Club XV, where we get old boys together, and play traditional golden oldies rugby.

“It’s invitation only, players are handpicked, guys who share the old, traditional values. Then we blend in a few ex-Wallabies, travel to different country locations and use these fixtures to help promote the organisation.”

Adamson explained how it is a constant struggle to keep going for many country rugby clubs, suffering through repeated years of drought, declining population, and omnipresence of rugby league and AFL.

“It’s tough, rugged and physical, that’s not just the rugby, that’s the way these guys have to make a living. Anything we can do to help these clubs, we will,” he says.

“We get great support from a lot of ex-Wallabies. Geoff ‘the Duke’ Didier is always one of the first to put his hand up when the notice goes out about the next game. Jeremy Paul is another great supporter, and I’ll never forget the look on the face of the boys last year in Crookwell, when they got the chance to run onto a few balls passed by Steve Larkham.” 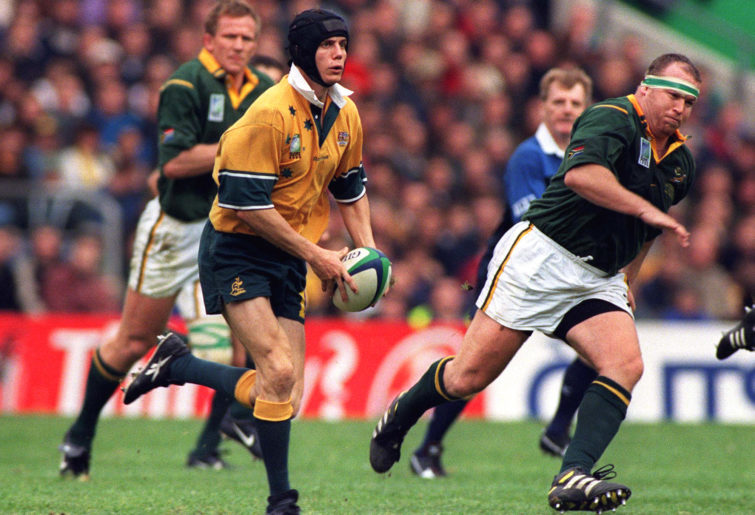 While the club may have had its origins in Sydney, there is a nod to the Brumbies too, with the club XV known for its 15-man rolling maul, dubbed the Amadeus.

Money raised at each event is split half to the Cauliflower Club, half to the host club. There are special charity jersey auctions and the host club also gets to keep proceeds from a big night over their bar.

Players arrive in town the night before, for dinner and a fines session, where everyone must wear a club tie. The next day, cobwebs are blown off any hangovers with a busy schedule comprising rugby, boat racing, a post-match gala event, and auction.

Towards the end of the night there’s a team prize-giving, which Adamson admits is “basically an excuse for another fines session”. There is also a prize awarded to a back-line player who is judged to have shown a bit of (rare) ticker and trucked the ball up hard, like a forward.

It is clear that what propels the club forward is the sheer enjoyment all of the participants derive from the experience. But there is a deeper element to keeping ex-players – Wallabies and country battlers alike – connected with the game and each other. Mental health is a real issue in rural Australia, and these get-togethers are an enormously valuable outlet.

The next phase for the organisation is to identify and support projects that may tie to the locations visited, and beyond that, potentially looking at replicating the model in other states.

If Mumm is any example, there should be no shortage of recently retired Wallabies players looking to add the Cauliflower Club to their list of rugby experiences.

“One of the reasons I got involved was that it gave me a way to give something back to footy,” he says.

“There is so much to celebrate about rugby, we’re all about the good stories and not at all about the rest of the crap that goes on in and around the game – and I’m just glad that I’m able to be involved.”

Nowhere is this ethos better highlighted than in the relationship between two of the club’s biggest names, FitzSimons and Nick Farr-Jones, two men who happen to have been diametrically opposed on high-profile issues like the Israel Folau matter and the recent publication of an ex-captains letter.

“There are times when we have stern conversations, but at the end of the day, we’re mates and godfather to each other’s children,” he says.

“Most importantly, rugby is bigger than us two blokes disagreeing on something, and the Cauliflower Club is definitely much bigger than that.”

It’s a stark reminder of what great things Australian rugby is capable of when people celebrate what it is that binds them together, rather than highlight the things that tear them apart.

With restrictions easing in New South Wales, there is hope that a resumption of activities will be possible in 2020.

Anyone wishing to learn more about the Cauliflower Club, or become a member, should visit www.cauliflowerclub.org.au.