It’s been two months since there was an on-field product to pull apart, so now’s surely the time to get stuck into administrators.

For the first time in years, the Eels are legit.

While Parramatta were top of the table when the season was suspended, they got there after putting a cricket score on the hapless Titans, and it’s worth remembering they battled hard to an 8-2 win over the Bulldogs in Round 1.

There were justifiable questions over their premiership credentials.

Well, those queries have been answered after Brad Arthur’s side absolutely smoked the Broncos.

The Eels were scary good against a team that, while missing gun forwards Tevita Pangai Jr and David Fifita, were regarded as a top-four contender.

Thursday night’s 34-6 result was a harbinger of what was to come over the rest of the round, with blowout scorelines de rigueur.

The Cowboys flogged a club that has no business being in the National Rugby League 36-6, Latrell Mitchell was left wondering why he took a paycut to move across Anzac Ave as the Chooks belted the Bunnies 28-12, while the Warriors put Paul McGregor in the hottest of seats, running in 18 points and holding the Dragons to a bagel.

The Raiders’ 22-6 win over the Storm means Ricky Stuart’s men are up there with the Eels as early favourites to take out the title, while Tom Trbojevic was everywhere as the Sea Eagles put on 32 points against the Dogs to show why Des Hasler’s side are regarded as smokies this season. 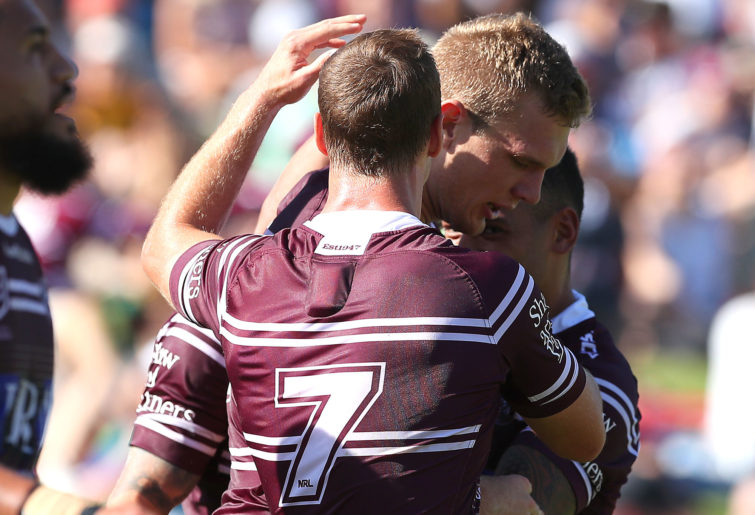 All told, the Tigers’ 12-point win over the Sharks was the closest winning margin of the round – your team either won proper or lost proper.

Or you’re a Knights supporter.

Having seen six blowout scorelines over the course of the round, when the Knights lost captain Mitchell Pearce and hooker Connor Watson in the opening ten minutes against Penrith, I just prayed that it wouldn’t be a bloodbath.

Then second-choice skipper Tim Glasby was sent from the field for an HIA and if Newcastle had lost by just the 14 they were down, it would have been a decent outcome.

See, that’s why Nathan Brown got sacked. Because under Browny, the Knights got far too good at finding reasons not to win.

But new coach Adam O’Brien did his apprenticeship under Craig Bellamy and Trent Robinson – two men who don’t accept failure, regardless of the circumstances.

And but for a teenager not backing himself – Bradman, that try was yours all the way, but you’ll be better for the experience – the red and blue would have left Campbelltown with two points, instead of one.

It’s hard to read too much into the Panthers’ inability to press their advantage into a win – if Nathan Cleary had been there, there’s really no question in my mind the home side would have got the W.

But there’s so much to read into the Knights’ refusal to give in.

I hate the whole ‘sons of coal miners, blue-collar, hard-working, blah-blah-blah’ story that pundits love to peddle about Newcastle teams, because it’s bullshit. 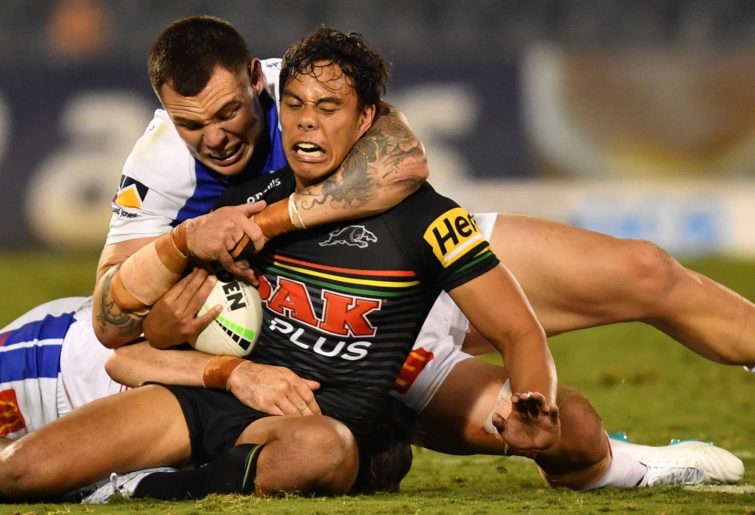 Lachlan Fitzgibbon’s dad is the CEO of nib and Tex Hoy’s dad was a pro surfer. I’m sure there are some hard-luck stories in the roster, but seriously, the Hunter is a region of half a million people from all walks of life – and newsflash: miners make bank!

But after an effort like we saw on Sunday arvo, I can almost get on board with those narratives, because the Knights displayed so much guts.

Jacob Saifiti had the best game of his career, Bradman Best showed why the Blues won’t miss Bronson Xerri over the next few years and Chris Randall gives hope for lifting the Curse.

Edrick Lee was amazing, Glasby stepped up in a major way and David Klemmer put in another performance that – barring a bloke in North Queensland named Jason Taumalolo – stamps him as the best forward in the comp.

With the starch and defensive pride that was on show, you’d have to say the Knights are a top-four side. That’s certainly what the new gaffer would be saying.

Of course, what the difference is between a top-four side and a top-two side will be on show next weekend when Newcastle take on the Raiders.

If Pearce, Ponga and Fitzgibbon are fit and ready to go against the 2019 grand finalists, next Sunday may be one of the best games of the season.