They make decisions and confer when they need to but you often barely notice them. If anything, the glaring scoreboard signs announcing a sponsor’s name before either the word ‘out’ (in red) or ‘not out’ (green) receive a lot more attention.

But some umpires have brought along personalities and idiosyncrasies that have placed their own unique stamp on the game. Here’s a few.

Rudi Koertzen (South Africa)
There was a touch of theatre about Rudi. And I think he knew it, as well as thoroughly enjoying being in that position.

After an appeal, if Rudi judged the batsman out, his arm would lift slowly, giving the crowd a tantalising delay of whether he would raise his finger or possibly only move his hand.

At times the crowd would almost be on their feet celebrating the fall of a wicket, only to find Rudi had merely moved his hand as part of recording the count of the number of deliveries bowled. His hand movement almost seemed to be giving a blessing.

I’m sure Rudi loved those seconds of all eyes on him, hanging onto his decision. Rudi retired in 2010.

Billy Bowden (New Zealand)
Of course Billy has to be part of this list. Watching Billy was like observing some strange exercise conducted in an aerobics class.

In the early days it was possible to be initially confused over what he was actually signalling. Billy brought a new standard to umpire signals.

His style was often described as flamboyant or eccentric. Some cricket followers celebrated his breaking away from the conservative and traditional methods of umpiring while others were less impressed. The late Martin Crowe, New Zealand batsman and captain, once referred to Billy as Bozo the Clown.

Billy did suffer from arthritis. That condition was given as the reason for his signals, needing to retain a certain body posture when giving a ruling.

Despite that, some critics suggested his movements became more exaggerated during one day and T20 matches. Billy has not umpired a Test since 2015. 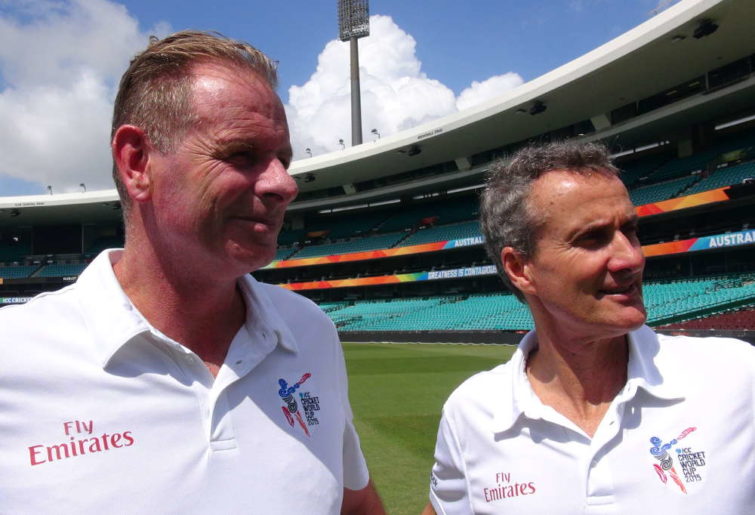 Dickie Bird (England)
Dickie was a revered umpire. He stood in at 66 Test matches, making him a regular feature. He placed significant importance on giving accurate decisions and ensuring fairness. He hardly gave an LBW decision and on the occasions when he did, there was little doubt it was out.

He didn’t allow intimidatory bowling to tail enders, believing they could not defend themselves adequately. Dickie had a knack of handling temperamental fast bowlers by using his sense of humour.

He was also firm in decisions when he felt the pitch or outfield weren’t up to standard, being unafraid to delay play until problems were addressed.

A favourite story of Dickie’s followed a pitch invasion after a West Indies win in the inaugural World Cup. A crowd member snatched his hat during that time.

The following year he was on a bus and noticed the conductor wearing a similar hat. When Dickie enquired, the conductor chastised him for not having heard of Dickie Bird and boasted he had taken it off the umpire’s head.

Memories of people who have followed cricket for a long time will often include an image of Dickie Bird in a dustcoat and cap, concentrating as the bowler ran in.

Darrel Hair (Australia)
Darrel experienced a difficult career and had his share of controversy. During the Sri Lanka versus Australia 1995 Test, he no balled Muttiah Muralitharan seven times in three overs for throwing. Whilst analysis, media coverage and an eventual rule change kept the incident in the public eye, Darrel’s reference to the Sri Lankan’s bowling style as ‘diabolical’ made him an unpopular figure for some.

Others said he’d been the only umpire brave enough to call the no balls. His comment on Muttiah’s bowling led to his being found guilty of bringing the game into disrepute. In 2006 he and a second umpire ruled that Pakistan while playing England had tampered with the ball.

In protest the Pakistan team walked off the field. After half an hour the umpires removed the bails, awarding the match to England. Although Pakistan returned to the field, the decision stood. In later years Darrel attempted to sue the ICC, claiming he was a victim of racial discrimination.

He resigned in 2008 after 16 years of international umpiring.

Joel Wilson (West Indies)
Accuracy in umpiring is everything. Joel experienced a terrible few days at the office while officiating in the Edgbaston Ashes Test last year, having eight decisions overturned. In doing so he equalled the worst performance by an umpire.

It’s difficult to hide from mistakes or merely turn a fresh page next time you’re out in the middle as social media doesn’t let you forget. Joel received a tirade after that match.

Like us, umpires turn up to workplaces with commitment, humour and desire to succeed. Also like us, they have difficult days and make mistakes.

They however also deal with their umpiring errors on public display, appearing over and over on screens at the ground, the television news and social media. It’s definitely a job that would keep me up at night.

In an era when our athletes and sports people can appear machine like and bland, I continue to welcome whatever personality they bring to the game. Having said that, if I’ve gone home and barely noticed them, I know they’ve done their job well.