Forget an asterisk, the 2020 NRL premiers may be the most impressive winners ever

2020 will go down in history as a very strange and unique year.

People around the world will eventually remember this time period for the global pandemic that hit, causing worldwide chaos and tragically costing thousands and thousands of people their lives.

Against this backdrop, it does seem trivial to talk about COVID-19’s impact on sport, but it’s also undeniable that the return of the NRL has been a welcome distraction for footy fans.

The reality is we’d all much prefer to be talking about the Trbojevic brothers, Parramatta’s premiership odds, and the Warriors’ inexplicable firing of Stephen Kearney, rather than flattening the curve, social distancing or the Ruby Princess.

However, the coronavirus has indeed impacted the NRL season, halting it for over two months, while also leading – directly or indirectly – to some changes to the game; most notably a move to one referee, rather than two.

Given the disruptions to the season and the changes to the game, there have been a number of people suggesting this season’s competition has been compromised and that the eventual winner will have a big fat asterisk next to their name, denoting that there were extenuating circumstances that led to the premiership win.

Even the rugby league GOAT himself, Andrew Johns, admitted that much like his 1997 premiership with the Newcastle Knights, “Unfortunately, there will always be that asterisk against the team that wins the competition.”

Far be it from this nobody to disagree with Joey, but my thoughts are diametrically opposed, and fairly emphatic: I believe that line of thinking is absolute bullshit.

My sincere apologies for the language… but I did feel the need to be emphatic!

For starters, the reason some people have an asterisk against the Knights’ premiership in 1997 is because they didn’t play half the competition, nor face the best team. The Brisbane Broncos won the rebel Super League that year, and then dominated the merged NRL the next season, taking out the minor premiership and winning the grand final by 26 points.

So while personally I don’t think the Knights’ premiership is tainted in any way, it’s nonetheless extremely problematic to proclaim Newcastle were the best team in 1997, hence the metaphorical asterisk next to their name.

In contrast, this season’s premiers will have played every opposition, and have gone through a finals series against the best teams from the regular season. They won’t have dodged anyone, so I fail to see the comparison with 1997.

All the other changes that have been implemented this season – the shift to one referee, the six-again rule, no crowds, living in a bubble – are actually difficult factors that teams have had to adjust to, rather than anything deserving of the dreaded asterisk come the end of the season.

Plus, the impact of these changes is all but negated when you remember that every team is playing under the same conditions. Some travel irregularities aside, all teams have had to adapt, and those that have done so quicker shouldn’t be punished – they should be celebrated. It’s actually impressive, rather than some type of unfair advantage.

In fact, contemplating all that this year’s premiers will have gone through, I’d make the case they may be the most impressive NRL premiers we’ve seen, due to the on-the-fly adjustments they will have had to make, both tactically and mentally. 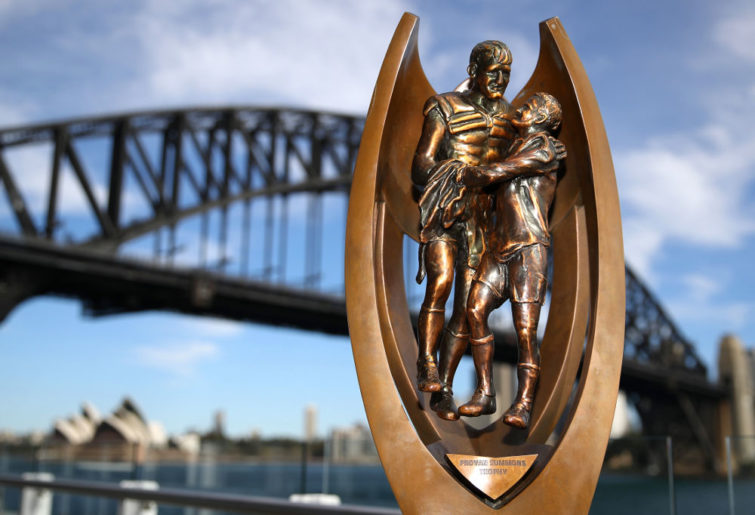 After Melbourne defeated Newcastle in Round 5, a post-match interview with Cameron Smith revealed the shift in playing style the Storm were forced to adapt to.

The speed of the game now opens up opportunities that Melbourne’s strict discipline and structure traditionally wouldn’t see them take.

Yet Smith said they wouldn’t be maximising their chances to score if they didn’t loosen up and adapt to the “new game”.

Think about that for a second: teams have had to completely change the way they approach the game during the season.

I’d also argue that the mental toll of this year is not something to be underestimated. A stop-start season, a lack of preparation, fears of not getting paid, being away from friends and family, constant uncertainty, and perhaps the biggest issue of all – a global pandemic looming over everyone – have all created an unprecedented set of circumstances for players to overcome, and something previous premiers simply haven’t had to deal with.

And yet people think this year’s premiership will come with an asterisk?!

Absolute rubbish. The premiers will have truly earned it, and then some.

Unless Parramatta wins. Then we should actually bold that damn asterisk.