This stems from the decision of the board to let Aaron Ramsey go without adequately replacing what he does in midfield.

For a squad with a questionable financial situation, we sadly can’t go all out on the best available midfielder so we have to get creative.

Statistical mirroring is something I do to look for like-for-like players across leagues. I throw their numbers on a board and search to find anyone producing close to this level.

You never find a true reflection but you can get really close and if that player’s numbers translate, you’ll be getting all that you loved from the previous player for a fraction of the cost.

For Ramsey, I dialed down on key passes and passes into the third. I also took into context goals scored as a final grade before making a short list of players I would target.

This search was limited to the French Ligue 1 due to time constraints.

The Arsenal Ramsey criteria is as follows. 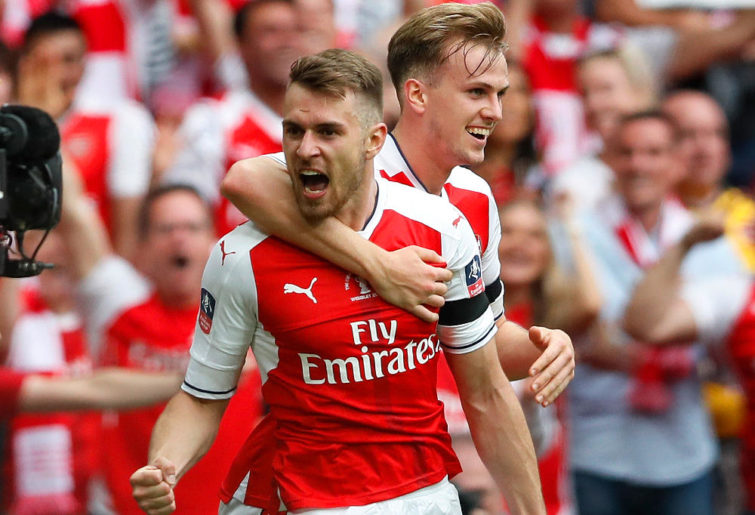 Pierre Lees-Melou is a 27-year-old French footballer currently plying his trade at OGC Nice. He grades out as a great like-for-like Ramsey replacement. I would consider this heavily but his age is scaring me off. Let’s keep going.

Benjamin Bourigeaud (first off, tremendous villain name) is my second Ramsey comp. He’s the younger option at 26 but his numbers are quite the drop off Ramsey. Maybe he could play for a club like Southampton or Everton, but these days Arsenal are closer to them than Manchester United and Liverpool so maybe I’m deluded.

Angelo Fulgini is a 23-year-old French midfielder plying his trade for Angers SCO. He projects as an extremely proficient dribbler with a good creative touch. Maybe he’s not the Ramsey replacement but I would still want him in my squad as a rotation player who might become a starter one day. He fails to mirror Ramsey like for like, but he’s the best chance at replacing Jeff Reine-Adelaide without actually spending Jeff Reine-Adelaide money. I’ll take him.

Less-Melou is still leading by the way.

Wylan Cyprien is a 25-year-old French midfielder currently plying his trade next to Less-Melou at OGC Nice. He grades as the best reflection and thus is the highest priced.

Cyprien is the first option. If the transfer fee goes over €20 million ($32.7 million), Arsenal should switch to Less-Melou. But whoever they choose, Fulgini is a must for what he does at that price.

Sometimes you go looking for one thing and find another.

With the transfer window now shut and Arsenal getting the elite Thomas Partey from Atletico Madrid, the Premier League takes a break for the international matches that are too be played.