Yep, you guessed it, yet another cricket team comprising a group of people with some vague connection.

I had hoped to put together a Red Headed Step Child XI but in the end thought that they would be too easy to beat. So, instead I’ve gone with a bird theme and was able to put together a surprisingly adequate Avian XI.

“Foxy” Fowler had a surprisingly short three-year Test career, coming into the side during the English Rebel Tours of South Africa. But in that time, he managed some important firsts. his 201 in Chennai in 1985 was the first double ton by an Englishman in India.

Gatting’s 207 in the same innings also meant it was the first time two Englishmen had ever scored 200s in the same Test innings. Despite this, one Test later he was out of the team for good, replaced by the returning Graham Gooch for the 1985 Ashes series.

Fowler probably owed his start to Wayne Larkins’ joining the Rebel Tours in 1982. Larkins played 13 Tests in a career of two halves.

His Test career ended somewhat ignominiously at the SCG in 1991 – lbw Border for a duck. The list of bowlers who dismissed him in Tests reads like a Who’s Who of 80s champion fast bowlers. Still, he had a fine first class career with over 27,000 runs.

Aaron Finch is a world-class white ball cricketer but had a slow start to his red ball career – often not even being a first team selection for Victoria. 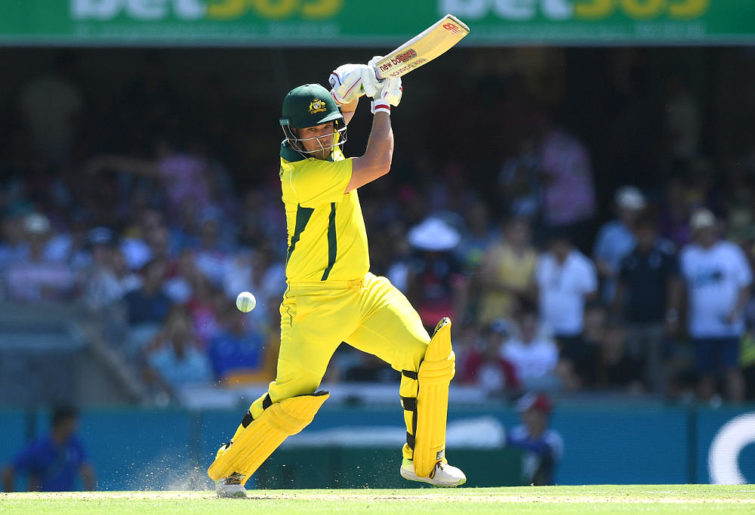 However, with David Warner’s suspension, he did get a bit of a shot in the baggy green and performed well in the UAE before struggling against a high-class Indian attack back home.

He is, amazingly, the co-holder of the highest opening partnership in Australian first class cricket, 503, set in farcical circumstances against the touring New Zealand side in 2015.

Speaking of record partnerships and New Zealand, our second drop is Martin Crowe. The Kiwi legend, comfortably the best player in this team, was one the most stylish and accomplished batsmen of the 80s and early 90s.

In 1991 against Sri Lanka and following on 323 runs behind, he and Andrew Jones broke Bradman and Ponsford’s world record Test partnership with stand of 467 – Crowe’s contribution was a heart-breaking 299, caught behind off Arjuna Rantunga of all people. Sadly, Crowe was lost to cancer at 53 in 2016.

Continuing the big partnership theme, we have Gul Mohamed. You see, Gul had a largely undistinguished Test career, other than playing for India against the first Pakistan team post partition and then later playing one Test for Pakistan.

But for us cricket stat-heads, his name is instantly recognisable as being the long time co-holder of the first class highest partnership record. His epic 577 run partnership with the great Vijay Hazare in the 1947 Ranji Trophy final was the benchmark until Mahela Jayawardene and Kumar Sangakkara’s 624-run monster in 2006.

As a bit of a cricket history buff, I do like to pretend I have a good knowledge of names and players going right back to 1877. However, for the life of me I had no knowledge of Ashley Woodcock until I did this article (of course, that reflects poorly on me, not on Woodcock).

He replaced Paul Sheahan for one Test in 1974 against New Zealand and scored 27 at his home ground in Adelaide. He never played Test cricket again but did manage an ODI later than summer and eventually captained South Australia during the WSC years.

George Duckworth makes the team due to lack of alternatives. Obviously, having “duck” in your surname is less than ideal for a cricketer and while Duckworth himself was not out in his first five Test innings, he was a particularly poor batsman for a wicketkeeper mostly batting 10 and 11 for England and with a highest first class score of only 75.

Unfortunately for Duckworth, his rival for the wicketkeeping spot in that pre-WWII era was Les Ames, who was a top class batsman in his own right scoring over 100 first class tons.

Our Avian XI spinner is Graeme Swann, the late bloomer who somehow fitted 60 Tests and 255 wickets in his five-year Test career – comfortably the most wickets for any bowler in that period.

I saw a lot of Swann live in the 2013 Ashes where he would get the left handers like Chris Rogers and Usman Khawaja out for fun. At the end of that series he was the sixth ranked bowler in the world.

Yet a few months (and a force of nature called Mitchell Johnson) later his career was over mid Ashes tour, finishing with an average a tick under 30. 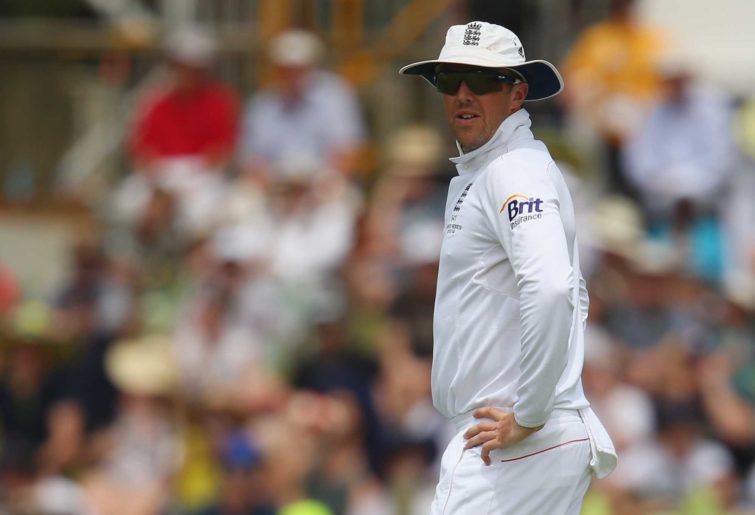 Graeme Swann of England looks dejected during day four of the Third Ashes Test Match between Australia and England at WACA on December 16, 2013 in Perth, Australia. (Photo by Mark Kolbe/Getty Images)

Vasbert Drakes’ awesome name doesn’t quite match his on-field achievements. However, he did play a key part in the West Indies’ world record run chase of 418 in Antigua in 2003. He came in at 7 down with 46 needed and with only Merv Dilllon (Test average 8.45) and Jermaine Lawson (Test average 3.47) to follow. No problem, he smacked Stuart MacGill around to reach 27 off 47 and history was made.

Neil Hawke was a regular for Australia in the 60s while also juggling a fine first grade Aussie Rules career in Adelaide and Perth. Annoyingly, he also seems to have qualified for the British Amateur Golf championship in his spare time on the 1964 Ashes tour.

Hawke turned into an instant trivia quiz favourite when he became Freddie Trueman’s 300th Test victim at the Oval in 1964. (As an aside, Bob Willis was the second English bowler to take 300 Test wickets in 1983. His victim? Avian XI aspirant, Jeff Crowe, brother of Martin.)

And finally, we have Joe Partridge, a contemporary of Hawke’s who actually dismissed Hawke for a duck in Sydney in 1964. His 11 Tests (in just 14 months) yielded 44 wickets at 31.

Yet despite only ever batting at 10 or 11, Partridge never made a pair (in a tree or otherwise). Weirdly, he was never out caught in Tests and indeed his 11 Tests without being caught is a record.