Emerging from their first-ever wooden spoon in 1976, Collingwood appointed legendary Richmond coach, Tom Hafey. A grand final followed in 1977. Despite the defeat, surely the Pies were close to breaking their drought.

In 1982, a player revolt – the players felt Hafey was overtraining them – followed. There was obviously some despondency also – losing four grand finals in five years will do that. Out went Hafey.

In came the New Magpies, a glamour administration determined to update Collingwood’s provincial attitudes by spending big and recruiting big and dragging the club into the modern age.

By 1986, the club was almost bankrupt. The bank recommended the club close their doors. Pay cuts and administrative resignations followed. A spendthrift and anonymous administration guided Collingwood to their drought-breaking flag in 1990.

The celebrations that followed set the tone for the decade – a decade where Collingwood unraveled, assembled a mediocre playing list, and gushed money, culminating in their second wooden spoon in 1999.

President Eddie McGuire relaunched the Pies with Mick Malthouse now at the helm. Within three years, Collingwood were financially solvent, had rebuilt their stature, and would compete in a grand final – again, only to fall just short. A year later, they were smashed in another grand final.

Two bleak years in the wilderness followed. Failure does that. It cracks what was whole. Things start to go awry.

And it felt like it might become a dark time, with ageing champions on the way out.

But, through studious recruiting, Collingwood spent the new few years building the squad that would win the 2010 flag.

Surely this was not only a new dawn, but the brightest day.

They dominated throughout much of 2011, only to fall to a superior Geelong outfit in the grand final. Cue the succession plan. Out went Malthouse, in came Nathan Buckley as coach – and, with it, the herald of a new era.

Since that messy succession plan, the club has been unraveling a strand at a time. Premiership players have left acrimoniously. Drafting and recruiting has struggled. Injuries have been rife.

Administration has been unsettled.

There was a long period in the wilderness without finals.

And there have been headlines.

Every club has problems. But this many? 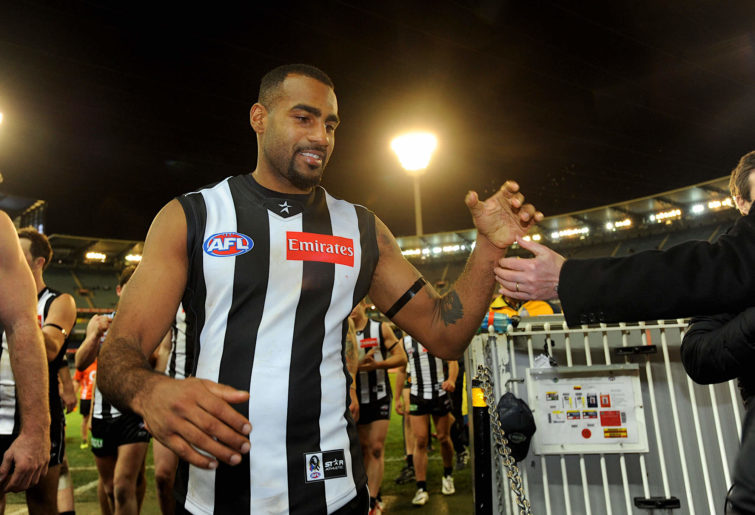 Why? Why do these things keep happening? Is it karma? Is it bad luck? Is the club particularly good at recruiting miscreants?

Is the club culturally flawed? Does an outspoken blokey president encourage players to be extroverted? Does the “arrogance” and “chest-beating” Buckley talks about in the 2018 documentary From the Inside Out encourage misbehaviour?

I know supporters who’ve now walked away from the club, unable to stomach the ongoing issues – supporters who’ve turned in memberships they’ve held for decades; or who now only express a passing interest; and/or who are happy for their children to either not passionately follow Collingwood, or to adopt another club.

People will say clubs don’t need supporters like these – that they’re disloyal. But there is only so much that individuals can take. Marriages end. Relationships break down. Friendships are severed.

Jobs are left. And so on.

I’ve never bought into this narrative that you must support your club unconditionally. Nothing’s unconditional in life.

And you should be free to voice your opinion. If your club was repeatedly spluttering, if they kept making mistakes, why should you or why would you blindly follow them?

You wouldn’t do that with the Government. Or with a partner. Or with a job. So why are you expected to with a football club? At a certain point, you are well within your rights to ask, simply, “What’s going on?”

That’s where we are today, Collingwood.

I feel for Nathan Buckley, who was handed the keys to a club who had a divided playing list, poor list management, chronic injury problems, a revolving door of football managers, an outspoken president, and numerous off-field distractions that required Buckley to diplomatically navigate through an unrelenting media, as well as a handful of exploitative journalists.

And I feel for the likes of Scott Pendlebury, Steele Sidebottom, Dane Swan, Travis Cloke, etc., who spent big chunks of their early careers helping build the team into a powerhouse, only to spend the latter halves squandering their potential while Collingwood sorted itself out, only to stumble again.

Collingwood will get past these latest issues.

That’s what they do.

But the way the club feels now, it’s just a matter of time before the next one.

The new dawn is long gone, and there’s no hint of another.

There’s no suggestion of reinvigoration.