The card hosts three title fights and is headlined by the long-awaited match-up between Welterweight champion Kamaru Usman and fan favourite Jorge Masvidal.

One week out from UFC 251 Gilbert Burns and two of his cornermen were diagnosed COVID-19, providing Jorge Masvidal the opportunity to step into the main event slot on one week’s notice.

The UFC were eager to book this match-up originally but with Masvidal’s monetary demands unable to be met Burns was alternatively booked. Masvidal and the UFC have seemingly reached a compromise with the long running feud between the two finally about to be settled.

While Masvidal’s has claimed major victories over Darren Till, Ben Askren and Nate Diaz in his last three fights, it is very hard to see the BMF title holder getting it done on such short notice and with no training camp.

Kamaru Usman’s 11-0 run in the UFC should continue, with the Nigerian’s next level wrestling game proving far too strong for Masvidal. Evident in his fight with Tyron Woodley, in which he claimed a dominant unanimous decision victory to claim the title. 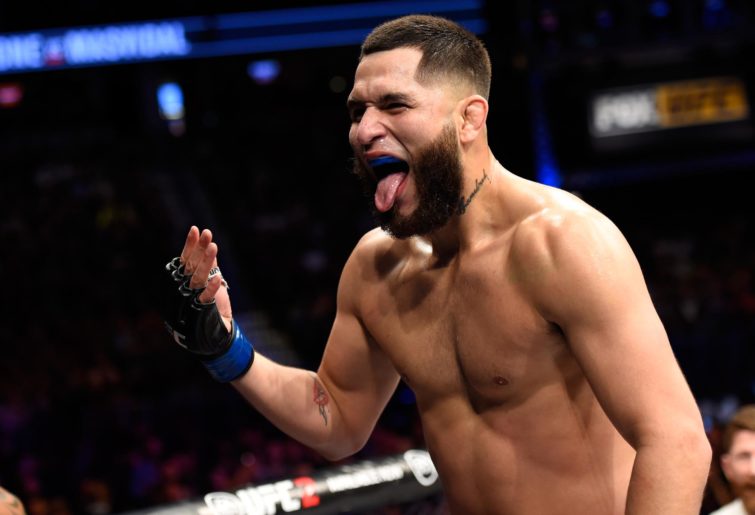 The pair met last year at UFC 245 where Volkanovski claimed the title with a unanimous decision victory in Las Vegas.

Volkanovski has quickly earnt the reputation as one of the most technical strikers in the UFC, with commanding victories over Chad Mendes, Jose Aldo and Max Holloway. It is Volkanovski’s ability to slip in and out of the pocket without absorbing damage that has proved key in his last three fights.

Last time they met Volkanovski implemented a series of leg kicks to demobilise Holloway, a tactic which worked a charm come the later rounds where Holloway usually does his best work.

The question for the Holloway corner is, how do we prevent the same result from happening again? And I don’t think there’s an answer to that question.

Petr Yan’s three fights in 2019 catapulted his career, putting him among the division’s elite, with victories over Urijah Faber, Jimmie Rivera and John Dodson.

While in his first fight at 125lbs Jose Aldo suffered a controversial split decision loss to former title challenger Marlon Moraes. A loss in which UFC front office have deemed a victory, awarding Aldo the title shot over Moraes.

Although Aldo looked impressive in his first fight at Bantamweight, I struggle to see him getting the victory this time around.

The second fight of the main card see’s former Strawweight champion’s Jessica Andrade and Rose Namajunas face off for the second time in just over a year.

In the first fight between the pair at UFC 237 Andrade claimed Namajunas’ title via a head slam in the second round. Andrade would them lose the title later in 2019 to Weili Zhang via a comprehensive first round KO.

With over a year off it is uncertain what version of Thug Rose we will get. If she returns anywhere close to version of herself who defeated Joanna Jedrzejczyk it is hard to see her losing here. Although she lost to Andrade last year, Namajunas was noticeably winning the fight prior to the slam.

To open the main card fan favourite Paige VanZant returns from a 17-month layoff to face the 9-1 Amanda Ribas at Flyweight.

There’s far too much uncertainty surrounding VanZant’s commitment to the sport to decisively pick her against Ribas, who has claimed victories over some of the best fighters in the Strawweight division.

I’m backing in Ribas here, who two fights back looked super impressive against the then undefeated challenger Mackenzie Dern.