The curious case of Okunbor, Harawira-Naera and player misbehaviour

On March 10, the NRL suspended Canterbury-Bankstown Bulldogs players Jayden Okunbor and Corey Harawira-Naera indefinitely for their role in an act of consensual sex with high school girls during a pre-season Port Macquarie trip.

It is reported that Okunbor slept with a 16-year-old from a high school in which he and other players were promoting the game, whilst Harawira-Naera slept with a 17-year-old independent from the situation.

In NSW, under Section 66c of the Crimes Act 1900, the age of consent for sexual interactions is from 16 years of age.

Be that as it may, the issue does not derive from the law being broken or not, the issue herein lies with the game’s code of conduct being breached in that both players brought the girls back to their team hotel – a strict protocol they deliberately disobeyed.

Although no laws were broken, this incident presented itself as a major public relations mess for both the club and the league amongst what the incident itself is – a moral dilemma.

Canterbury did not want a repetition of the 2004 Coffs Harbour scandal hanging over them once again, therefore the club reported the incident to the NRL Integrity Unit.

The NRL subsequently took carriage of the matter and determined that both players have their contracts deregistered for an indefinite period.

Four months later, the NRL Appeals Committee came to the conclusion that Okunbor’s and Harawira-Naera’s suspension periods cease after a back-dated 14-game and 10-game ban respectively, as well as fines.

At the time it was reported, the Bulldogs took a very dim view to the incident stating “our united view as a club is that a firm line must be drawn in the sand to uphold the standards and values that define our club … this type of behaviour will simply not be tolerated”.

Let’s not forget that this incident was the primary reason for Rashays and MPA to pull their soon-to-be-ratified sponsorship for the club, resulting in the loss of their front of jersey sponsor and high-performance partner valued at over $2 million.

Sponsors, club officials and fans portrayed the incident as totally disrespectful, not only toward the club but females of the game as well. It was deemed rather concerning how Okunbor utilised a position of authority to meet the girl then follow through with his subsequent actions at the team hotel – without question, it is very difficult for anybody to find this morally acceptable.

Also taking into account their Instagram and Snapchat conversation exchange being leaked to the public – which quite frankly was absolute cringe – hence why the Bulldogs made the moral decision to get rid of the players.

But now comes the moral dilemma.

Yet the lines began blurring when the NRL took carriage of the matter after the Bulldogs brought it to their attention. At the end of the day, the Bulldogs established that each player breached the code of conduct and therefore should have been the ones making the final decision to sack the pair for doing so – end of story. 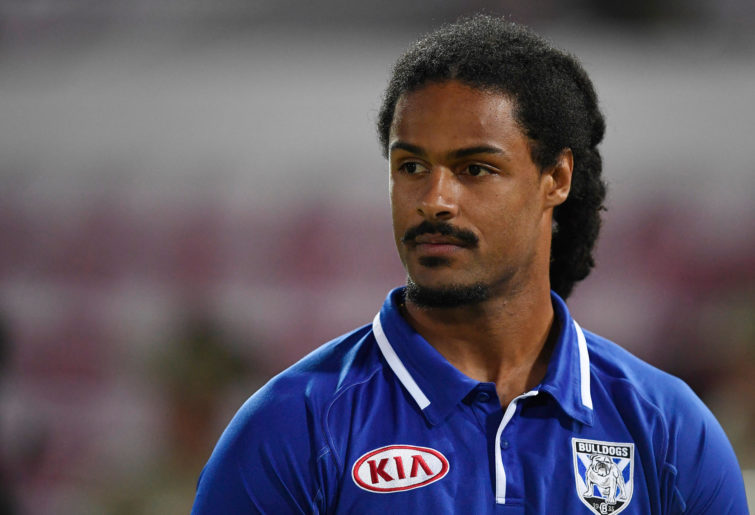 The due process for player misbehaviour differs to that of a player committing a criminal offence as the determination of guilt is handled by our legal system. Penalties deriving from convictions of guilt are then given to the offending player.

As stated in the Port Macquarie matter, however, although no laws were broken, the player breaches had been established, so the integrity unit’s involvement should have been to assist the club to solidify the player’s guilt, leaving the club to determine the punishment.

It was an internal problem that the club brought to light by going through the correct channels in order to discipline the pair, therefore they should have been given carriage of the matter to deal with them accordingly.

Now that the NRL appeals committee has overturned the integrity unit’s decision, making Harawira-Naera and Okunbor available for selection in rounds 11 and 15 respectively, the Bulldogs should undoubtedly be the club the pair returns to.

I am all for giving players second or third chances in the game, but historically we have seen clubs do right by the game by sacking misbehaving players to uphold some integrity and values to later be burnt down the track by the player they sacked turning out for another club and prospering.

The Bulldogs sacking either of the pair cannot be an option as the players have served their suspension period, meaning there would be strong grounds for unfair dismissal if a sacking occurred.

Therefore, the club can either reinstate the players in the top 30 squad or negotiate with rival clubs to pay out the remainder of their contract or figure out a player trade.

This effectively reinvigorates the moral dilemma for the NRL, clubs and misbehaving players – do you keep the player based on talent or do you get rid of them to uphold the values in which the game stands for?

Ultimately in the future, any player deregistered by the NRL should return to the club they were initially contracted for should their suspension be lifted during the player’s contract period. Where the club and player go from that point is up to them.

Regardless, the curious case of Okunbor and Harawira-Naera is a moral dilemma for the game. They have served their time and should be given another chance, despite what is arguably a light penalty for a lawful yet deplorable incident.

The question still remains though, if it were up to you would you be signing either player to your club?