Shots
On average, Melbourne City take three more shots than Sydney per game. They shoot more from outside the penalty area, and in general, from further out. This has an impact on the expected goal per shot – with higher volumes of lower quality shots, the average xG of Melbourne City (0.109) is less than Sydney FC (0.161). 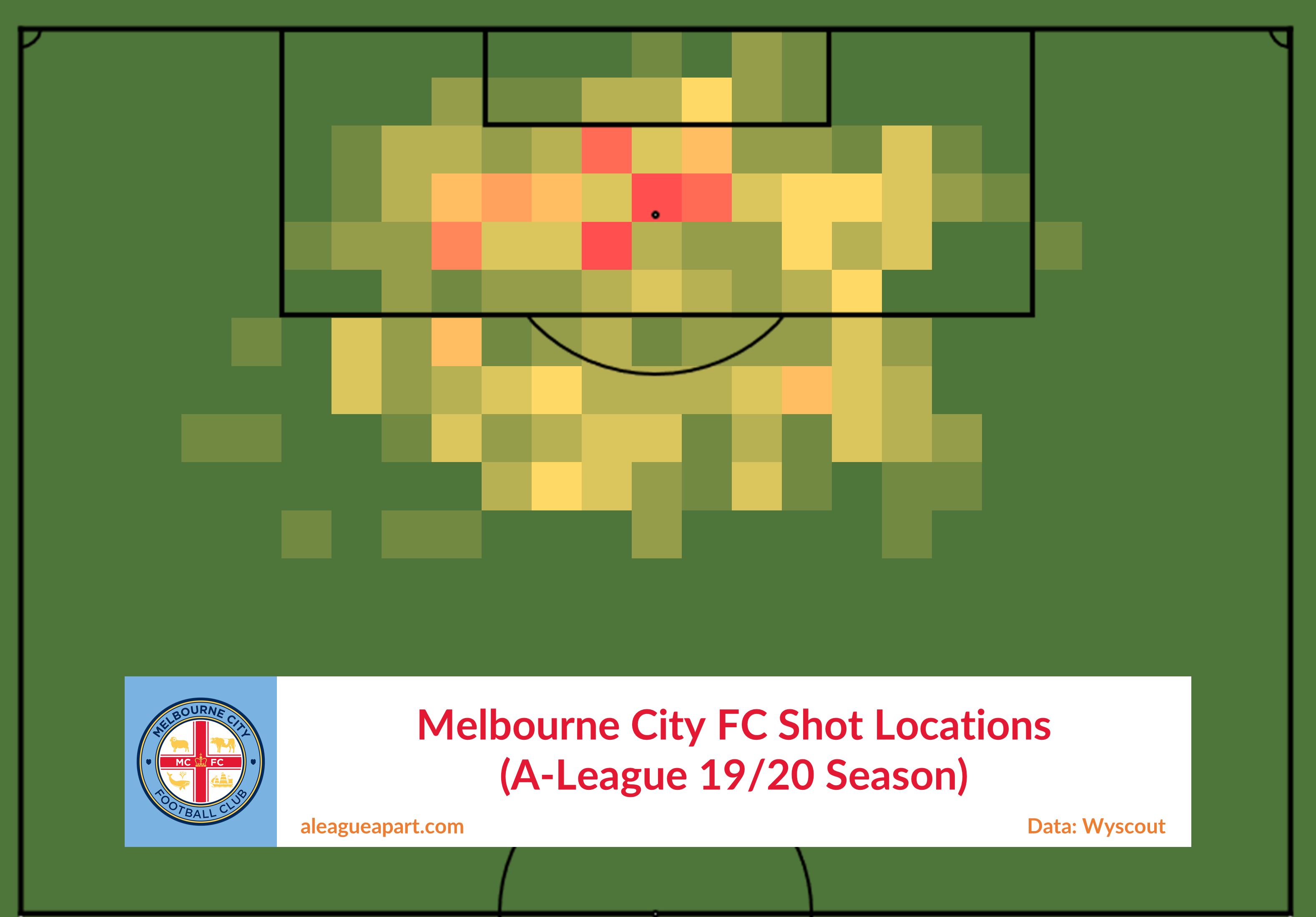 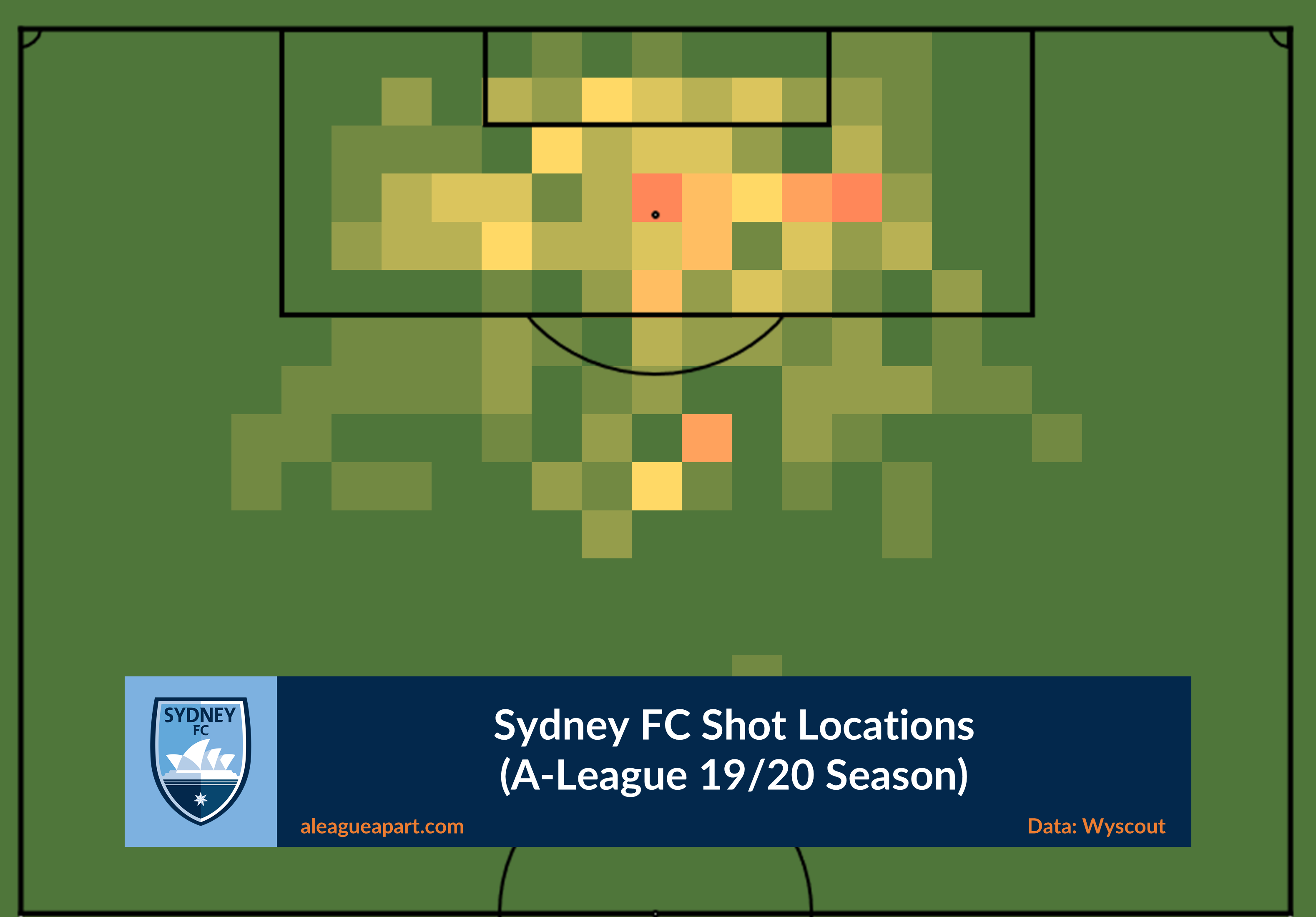 Goals
Sydney and Melbourne are the highest scoring teams in the A-League this season. Both teams have a healthy amount of goals, mostly scored in central positions in the penalty area. There’s nothing wrong with a tap in!

Goals conceded
Sydney FC have done a better job of defending their goal than Melbourne City. The conceded shot map for Sydney shows only few goals from the six-yard box, suggesting that they’ve been able to defend the space in front of their goal quite well, and shots from tighter angles are not finding their way into the back of the net.

Crossing
Melbourne City’s quantity over quality also applies to crossing, with an average of 20 crosses per 90 minutes, as compared with Sydney’s 14.04. Craig Noone has the most crosses in the A-League this season with 136 across their 23 games (average of 5.91 per game).

Melbourne City cross frequently from both sides, whereas Sydney FC are heavily focused down the right flank (Alexander Baumjohann, Rhyan Grant, Luke Brattan). Both sides aim their crosses towards the area in front of the penalty spot. 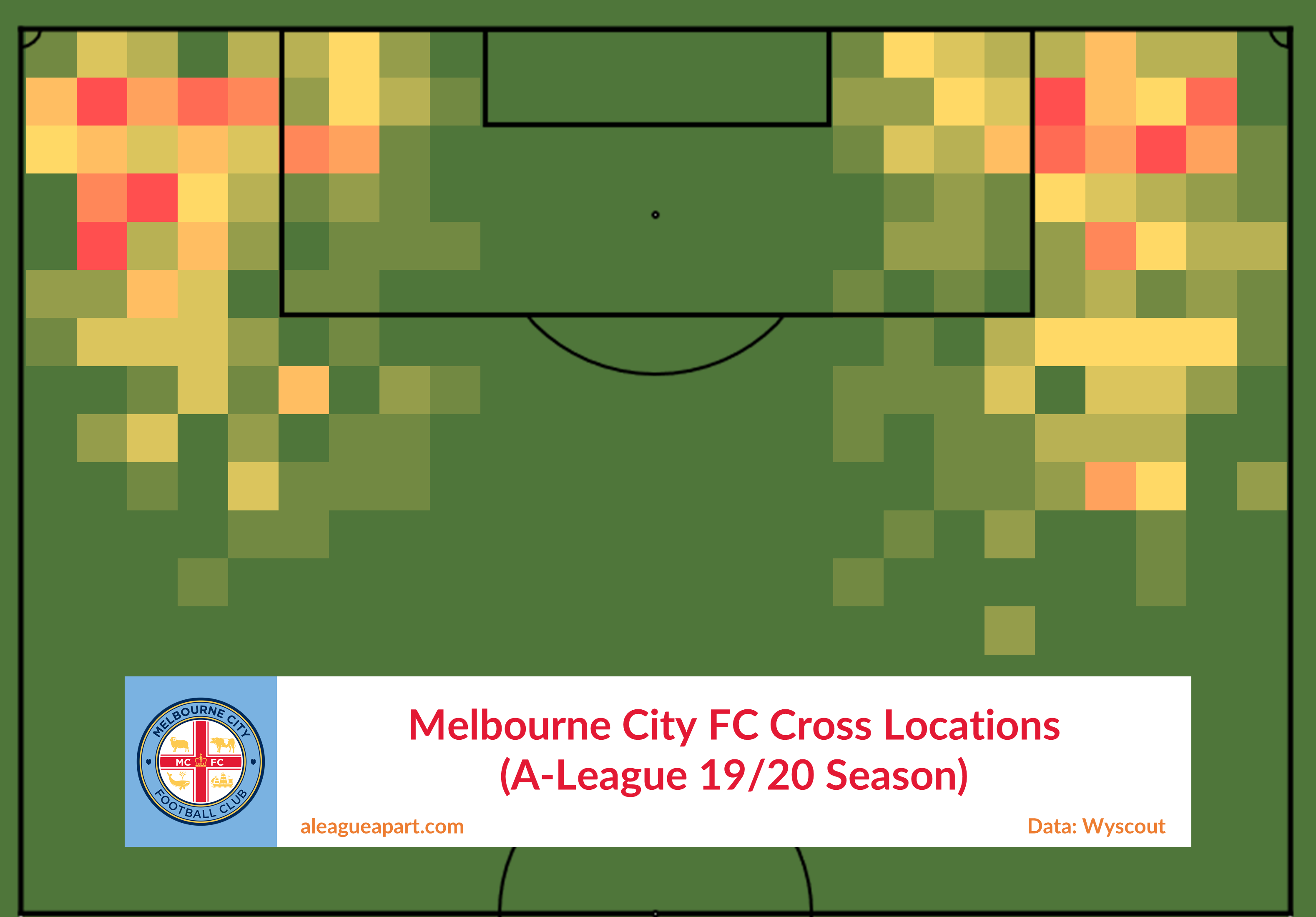 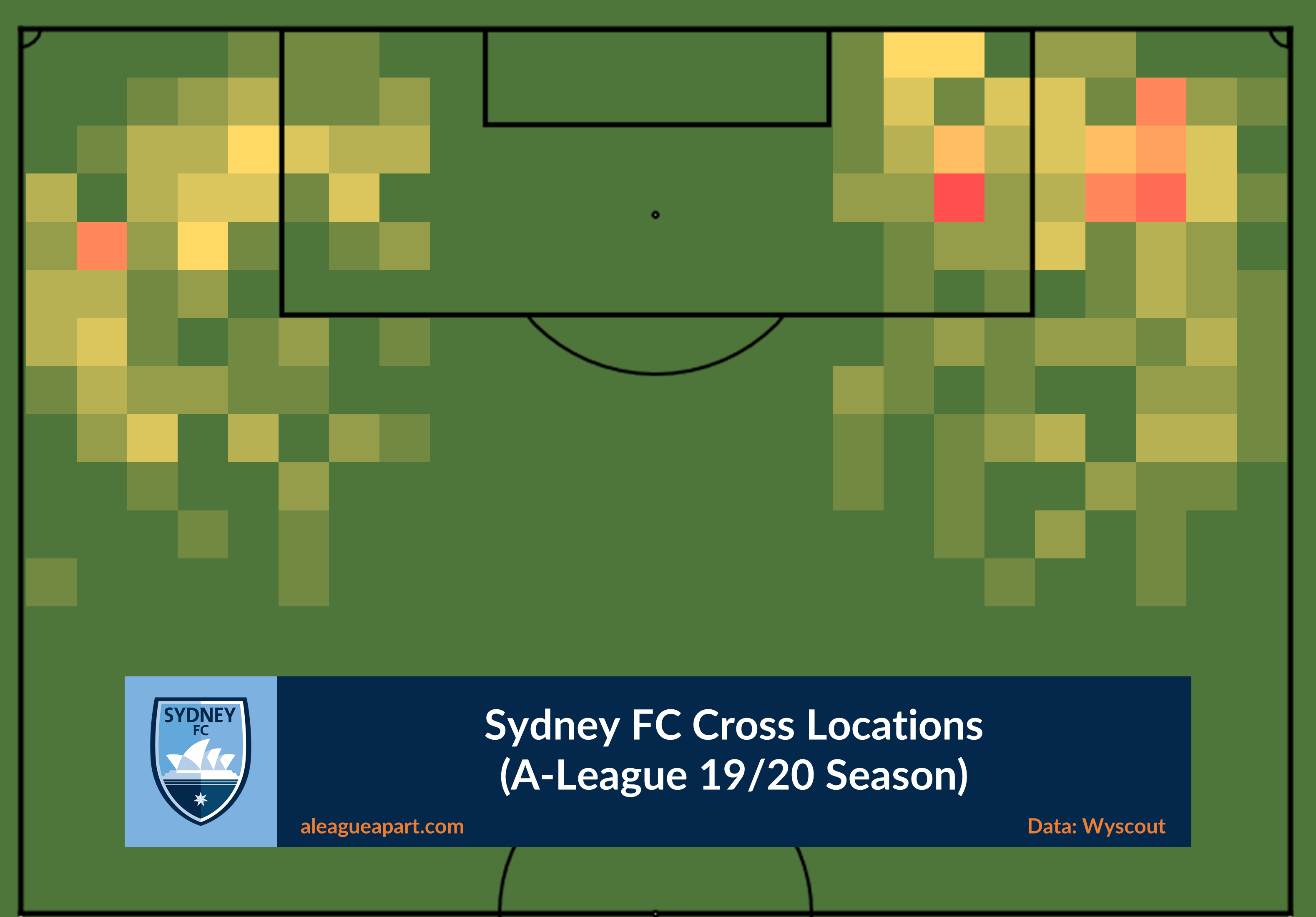 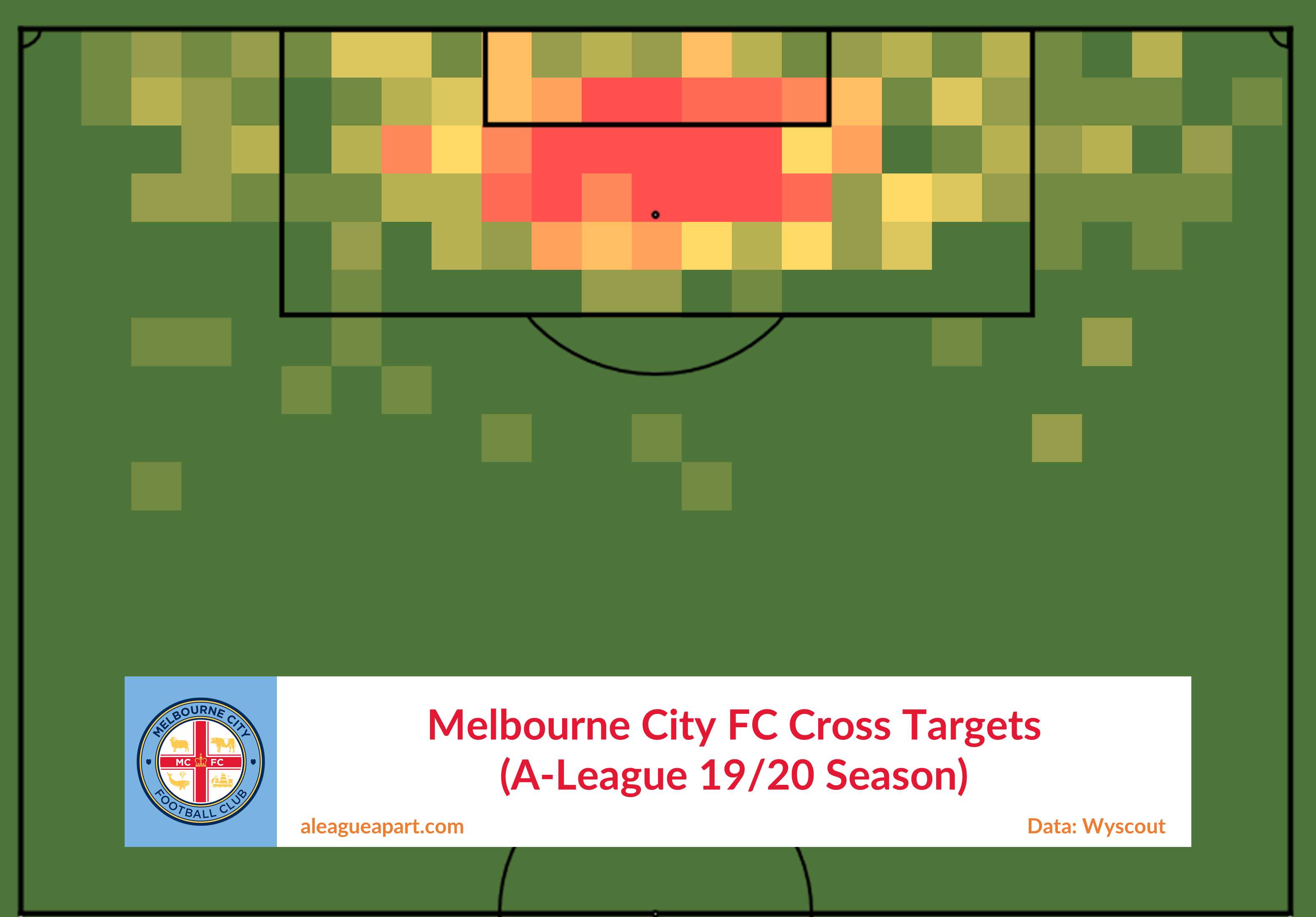 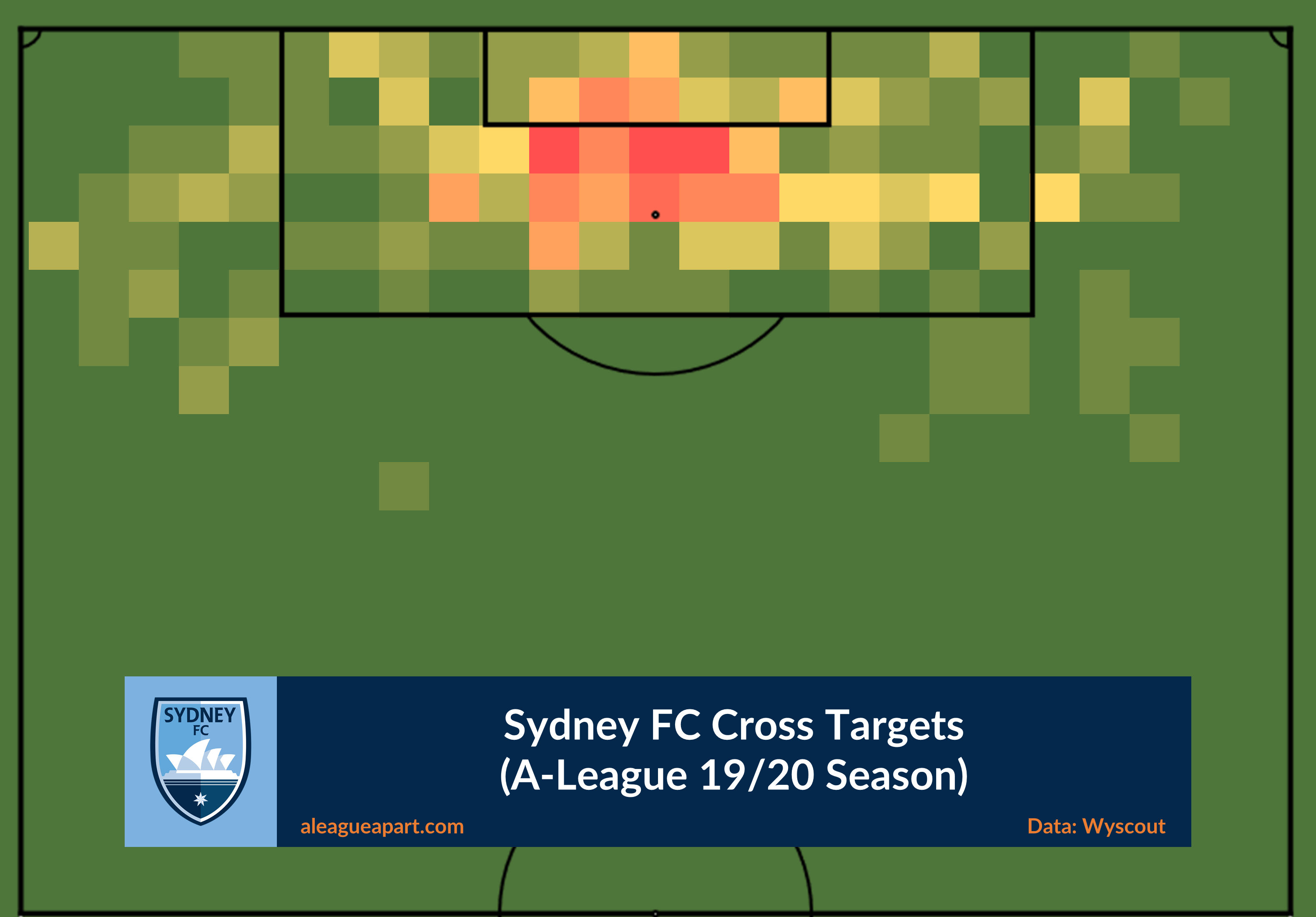