The A-League will look very different next season whether we like it or not, with the final 13 games of the regular season potentially our last chance to see some of its biggest stars.

The appointment of Frenchman Erick Mombaerts as Melbourne City coach may yet turn out to be a masterstroke.

City were much the better side in their 2-0 win over reigning champions Sydney FC on Saturday night, even if they were gifted both of their goals by a couple of defensive errors.

Mombaerts is unlikely to read too much into the win, although of the two teams on show at ANZ Stadium in Homebush, only one of them looked like potential champions – and it wasn’t Sydney FC.

One defeat doesn’t spoil a season, obviously, and Sydney FC can afford to treat the loss as a timely wake-up call.

But what Steve Corica will need to do between now and the finals series is re-motivate a squad that suddenly looks a bit complacent.

Melbourne City, meanwhile, are cruising in second spot and will hope Brisbane Roar can do them a favour and beat Wellington Phoenix in Newcastle on Wednesday night.

They also have the league’s top scorer in Jamie Maclaren up front, with the Socceroos ace locked in a colossal tussle with Sydney FC’s star English striker Adam Le Fondre for the Golden Boot.

Maclaren took his goal against Sydney FC with typical aplomb, and we may be seeing a few more Aussie attackers in action by the time the next A-League season rolls around.

That’s because next year’s broadcast deal of $32 million, some $5 million of which reportedly exists in contra, is worth around half the current deal.

What that means in practical terms is that player salaries will be slashed and A-League clubs will somehow need to run even leaner operations than they already do.

And that, in turn, is likely to see some foreign players – and no doubt a few Aussies too – look overseas for their next stint of professional football.

How much of an impact will these pay cuts have? Plenty.

With reports of some players facing cuts of up to 80 per cent of their previous salaries and the Professional Footballers’ Australia association no doubt ready to step in on their behalf, this is a battle we’ll hear much more about over the coming months.

And since we’re on the subject – and at the risk of making myself more popular around the shadowy corners of the internet than I already am – perhaps it’s worth pointing out that some of the fans who for years have refused to pay for Fox Sports are the same ones who now seem bemused by the idea that a lot less money will soon be funnelled into the game. 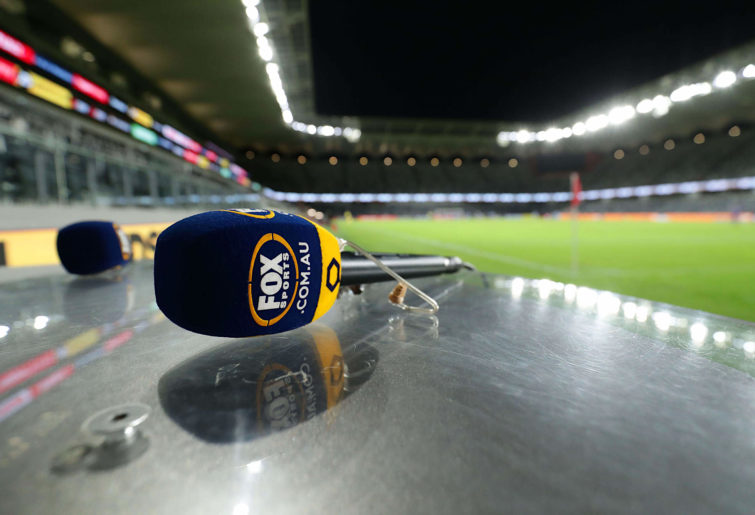 Some of those fans continue to insist that everything will be alright in the end because so many viewers are streaming games on Kayo or the My Football app, even though those figures are yet to be made public and could just as easily reveal that virtually no one is watching at all.

The medium-term solution is to set up a one-stop dedicated Over-the-Top streaming service housing multiple tiers of football content, which viewers are charged a fee to access.

In the meantime, with foreign stars like Markel Susaeta and Ola Toivonen already making the understandable decision to return to Europe, perhaps there’s another way to view what is inevitably going to be a pared-back A-League next season?

And maybe it’s that players like Lachlan Brook, Kristian Popovic and Pacifique Niyongabire – who all scored in Adelaide’s 5-3 win over Perth last Thursday – might actually get some decent playing time going forward?

Which should hopefully mean Jamie Maclaren has some more home-grown talent keeping him company at the top of the goal-scoring charts – and, with any luck, the Socceroos.