Suspended Fremantle rookie Jason Carter has joined Cam McCarthy in walking out on the AFL club.

McCarthy was granted an early release from his contract after being advised he wouldn’t be offered a new deal for next year.

And Carter, who copped a five-match suspension for a recent drink-driving charge, also opted to leave after being told he wasn’t wanted for next year.

“The club informed Jason and his management that Jason would not be offered a contract for 2021 and subsequently an early release from his 2020 playing contract was agreed to.

“In the meantime, the club will continue to provide ongoing welfare support for Jason, in conjunction with the AFL Players’ Association.” 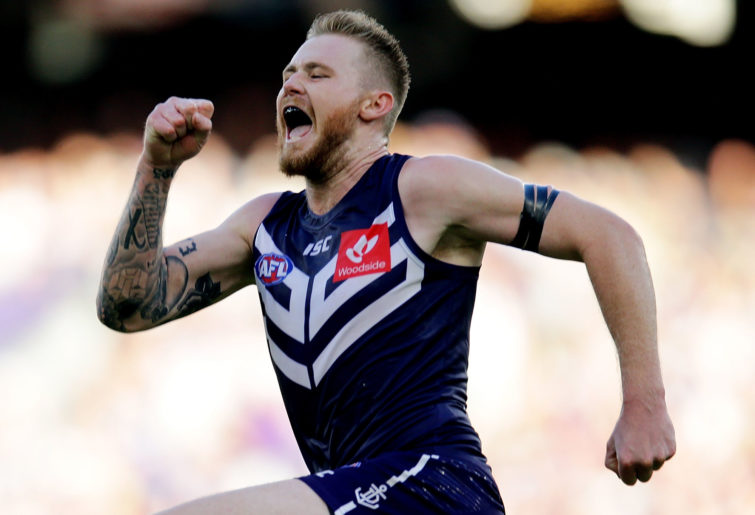 The 194 centimetre West Australian sat out 2016 due to homesickness and he eventually joined his club of choice Fremantle at the end of that year.

However, McCarthy failed to fire at the Dockers, kicking 63 goals in 49 games across four seasons.

McCarthy played in Fremantle’s season opener this year as a wingman, but his career was put momentarily on hold when he collapsed at training in June.

He was later diagnosed with epilepsy and has been unable to force his way back into the senior side despite being given the green light to return.

McCarthy’s best chance of landing at a new club will be during the free agency period at the end of this year.

“We have been in discussions with Cam and his management about his future at Fremantle,” Dockers footy operations manager Peter Bell said.

“We believed it was only fair to advise Cam as soon as possible that it was unlikely that he would have his contract extended beyond the end of the 2020 season.

“On that basis, Cam and his management discussed the situation with his family, and subsequently informed the club that he would like to seek an early release from his contract, which was mutually agreed to by all parties.”