Instead, social media erupted over South Sydney’s in-form second-rower Jaydn Su’A being sin-binned for a mammoth hit on Lachlan Lewis which sent him out of the game for an HIA.

While plenty of fans couldn’t understand why Su’A needed to be put in the bin, given it wasn’t a shoulder charge and the first contact may not have actually been high, referee Ashley Klein and bunker official Henry Perenara got it spot on.

Some will complain the sin-binning of Su’A isn’t consistent, but it is. The way the game is refereed may not be agreeable to everyone in the rugby league community, but if an act of intentional or reckless foul play forces an opposition player off the ground injured, or with an HIA, then the offending player will find himself having a ten-minute breather.

The bottom line is that it’s up to the defender alone to avoid contact with the head of an attacking player. If the attacking player slips, that isn’t his fault, but in an era where the dangers of concussion and head knocks are far more well known, the NRL’s policy on this sort of play and using the sin bin as a deterrent is spot on.

When the South Sydney second rower’s shoulder contacted the head of Lewis, he was always going to be put in the bin, and the reaction of some fans was almost comical.

Of course, the decision to not use the bunker on a Jaxson Paulo try just minutes later was a major blunder, and the reaction in next weekend’s refereeing and bunker appointments will be fascinating.

And while the officiating may be the biggest individual talking point to come out of the game, as well as the potential suspension of Su’A into next week, coach Wayne Bennett has far bigger issues to deal with in the coming days, even if the wider media won’t necessarily focus on it. 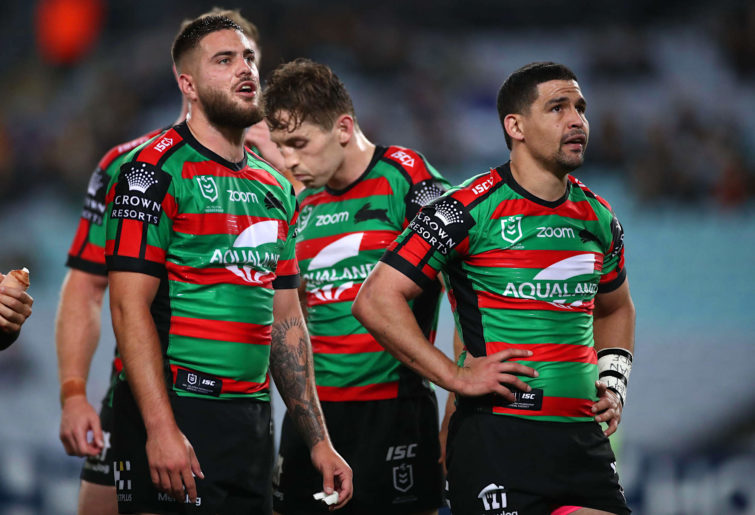 Like why his team found form but then lost it just as quickly over the next fortnight. After just scraping past the Tigers last week, they barely moved past the start line against Canterbury.

It’s not as if the Bulldogs didn’t make life difficult for them as they finally strung together a complete (or close enough too) performance, but South Sydney were horrific in defence during the first half, and not much better in the second.

Their attack was clunky once again, bouncing between the lightning speed they can play when Cody Walker and Damien Cook get time and space on the back of their forwards, to downright bottom-of-the-table stuff.

The Rabbitohs simply haven’t been consistent enough, and last night’s effort in losing to the bottom-of-the-table Bulldogs showed it in all its painful agony.

For the Bulldogs, just their third win of the season puts them temporarily ahead of the Broncos and into 15th place on the table, and while the club have been brave for the most part in grinding through games to stay competitive with their defence, they found yawning holes in Bennett’s side to kick-off the second last week of the season.

In a tick to the future of the struggling blue and whites, Jayden Okunbor was immense in just his second game back from suspension, while Raymond Faitala-Mariner and Chris Smith both played roles. That was to go with the leadership of Aiden Tolman, who just continues to do the job required of him in the middle third.

Certainly, heading into the fixture, it would have taken a brave man to pick the Bulldogs. Their start and following defence did the job for them though and gives incoming coach Trent Barrett something to work on. What was even more pleasing was their attack doing the business without Kieran Foran on the park.

Long-term faith in players like Lachlan Lewis will be what takes the club forward, and he showed his class with a try assist and much-improved kicking game, where he helped the Bulldogs to control territory and possession for large chunks of the game, allowing their forward pack to wear the Bunnies down. 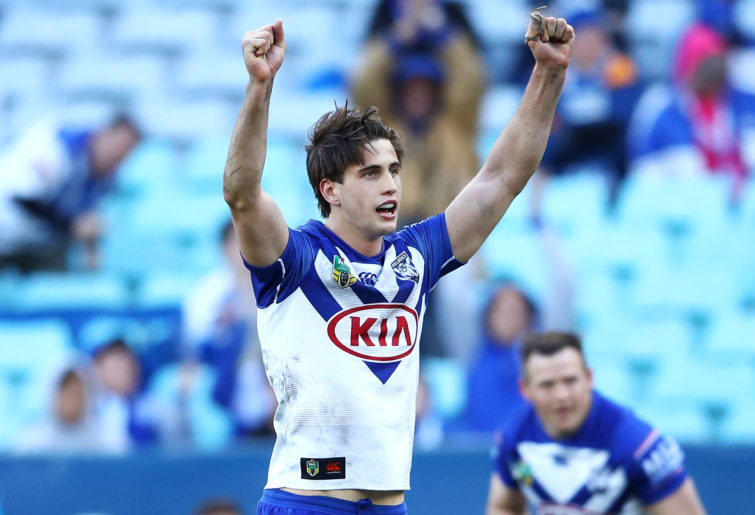 But, in saying all that, it wasn’t a performance without its issues. Their defence opened up a few times before halftime like the Red Sea, and in those brief moments, it looked as if South Sydney were the team they have been written up to be in the past month.

Alas, the men from Redfern couldn’t maintain the rage and lost a game which, ultimately, they should have won by the length of the straight. Errors, silly plays and generally poorly thought out attack has more or less defined the Rabbitohs’ season when the pressure has been on, and it showed again on Thursday.

It just goes to show that one good weekend doesn’t make a winter, and certainly shouldn’t play an enormous role in changing the expectations of a side, as wins over Manly and Parramatta did for the cardinal and myrtle.

Sure, the loss of Latrell Mitchell hurts and will continue to hurt, but the sin bin last night didn’t impact them, and if you’re going to be in the discussion for any sort of run through the finals, beating teams like the Bulldogs is a must no matter what strength you’re playing at.

The Rabbitohs can still point to the continued good form of a player like Campbell Graham as a bright spot, but there will be few others coming out of a Round 19 loss to the Bulldogs where the stats ended incredibly even in every way bar the score.

Leaking 26 points to any team isn’t good enough, but to do it against a team who averaged just 14.2 points per game before last night is unacceptable.

On a night where player protection and penalties for foul play rose to the fore once again though, it was all the Bulldogs as they sunk South Sydney’s faint top-four hopes.