Fonua-Blake was last week given permission by the Sea Eagles to talk to rival NRL clubs, after asking to be released from the final two years of his contract so he could move away from Sydney.

The Warriors emerged as favourites to secure the 24-year-old, with Fonua-Blake announcing through social media on Tuesday the deal had been done.

“Hardest decision I’ve had to make of my career but after six years with this family my time has come to an end,” he posted on Instagram.

“I’d like to thank everyone from the coaching staff and all the players to all the loyal fans that stuck with us/me through every hard time we had over the past six years.

“Excited/Nervous about what waits for me next at the Warriors.

“Nothing but love for the Bird Gang Brothers.”

Fonua-Blake has played five seasons for Manly, making his debut in 2016.

Born and raised in Sydney, he has played one Test for New Zealand and has also represented Tonga on six occasions. 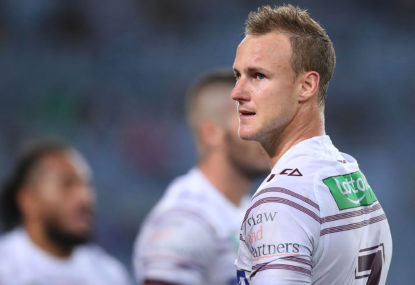