They lost the game but the Sydney Roosters may have played the most important 30 minutes of their NRL season on Friday night.

Fresh off last week’s flogging from South Sydney, the Tricolours’ title defence was threatening to spiral out of control at 28-10 down against Penrith.

But then their big-name players came to the fore in the qualifying final at Panthers Stadium.

James Tedesco kick-started the comeback by forcing his way over big Viliame Kikau for the Roosters’ first second-half try.

Then Josh Morris followed, before Angus Crichton also bagged one with two minutes to go.

In the end they finished up one point short, with a Nathan Cleary field goal being the difference and earning Penrith a week off.

But the Roosters’ end could be important, as they go in search of becoming just the second team in 14 years to lift the trophy after losing week one of the finals.

“Character gets exposed on the biggest stage and we didn’t win, but our character stood up,” coach Trent Robinson said.

“I was really proud of them tonight. We’ve got some things to fix up, but we got better.

“Our best training session was this game.

“So we need to get our execution and skill level to follow our character in the second half and we’ll be much better next week.”

The Roosters have now conceded 89 points in two weeks, but Robinson insisted his team’s defence was much improved against Penrith on Friday night.

Three of the Panthers’ five tries came on the last tackle of a set, while they missed 16 tackles compared to 35 against the Rabbibtohs.

“We worked too hard on a couple of them and over-chased, then put some pressure on and that opened up,” Robinson said.

“Two of those were last plays.

“I thought our first three tackles were good, the four and five needed some work.”

The problem for the Roosters now is what lays ahead. While they were resurgent late on Friday, they must find the fuel to go again against the winner of Canberra and Cronulla.

This is all in a bid to pull off a feat only North Queensland have done in the past 14 seasons – winning the title after losing in the opening week and missing out on a week off.

“I’m really proud of them. It’s not a normal semi-final one, but this year isn’t normal.

Meanwhile the Roosters hope to have Jake Friend (concussion) and Sonny Bill Williams (neck) back.

The inconsistencies of the ‘crackdown’ are under the microscope again! 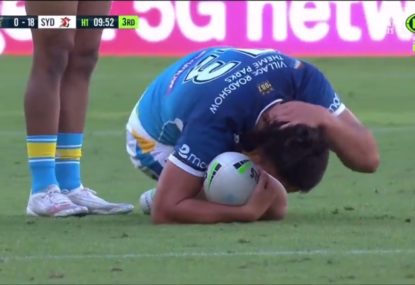 Or, how a Roosters trainer nearly caused one of the greatest comebacks ever! 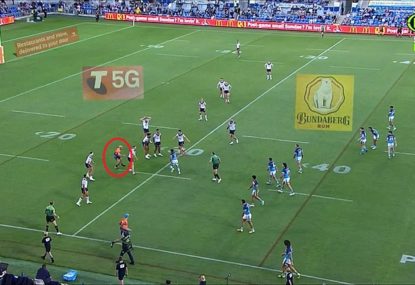 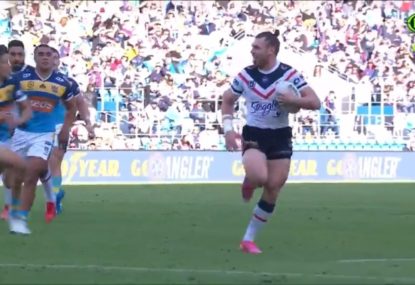 “The crackdown, rest in peace!” 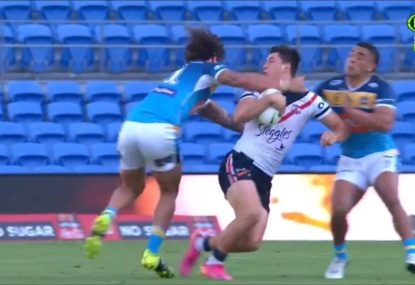 Widely considered the finest winger of his generation, Sydney Roosters star Brett Morris has officially announced his retirement from the NRL.