But some might still ask why he’s a great signing. Here’s why he could be a perfect fit for the Blues.

Speed
The Carlton board and the coaches have made it abundantly clear they want to bring in a bit of speed and bounce this post-season. As many AFL teams and fans would know, Saad is one of the quickest players in the AFL. In fact he was Essendon’s fastest player yet again this year, topping at 34.1 kilometres and hour against Sydney back in Round 2. He also filled three of a possible five spots for top speeds in a game for the Bombers.

This season wasn’t his best due to some poor performances by the Bombers and because of the coronavirus, but he nevertheless still kept improving through the year and still has that lightning speed. If he can keep this up when (or if) he gets to Carlton, he’ll excite Blues fans and push them potentially into the top eight. 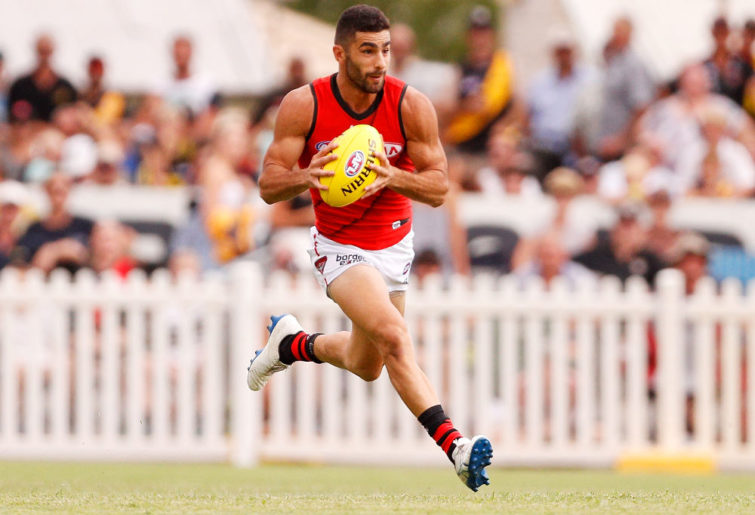 Disposals
Most halfbacks or backmen nowadays usually have to be good ball users, quite often kickstarting the attack from the back. Adam Saad is no exception to this, excelling with not only his speed and bounce but also the number of disposals he gets per game.

Add that to a near career high in rebound 50s (4.5) and a career high in inside 50s (2.9) and he truly is one of the best rebounders in the game. If he gains more freedom to rebound at Carlton, which is what he wants, then he could really live to his full potential at the Blues.

Durability
Most players on the back line are pretty durable, but when they do get injured, they’re out for practically the whole season. Saad is one of these players, except he’s as durable as they get, especially for a man of his speed and size.

Ever since his debut back in 2015 he has missed only 18 games, and those 18 were in his first two seasons. He hasn’t missed a single game since 2017, already passing the 100-game mark in five seasons. Across the streak of 83 consecutive games he’s been on the ground 82 per cent of the time. And this man played in many different roles even in just one game!

Okay, it isn’t as big as some players like Lachie Plowman or Harris Andrews, but it’s still up there with the highest, and the streak of consecutive games is also up there. Blues fans will be hoping that if this continues at Carlton, he could enhance a pretty decent team along with magnifying Saad’s reputation.

However, we still don’t know if he can continue his form and streak in recent years at the Blues if or when he gets there. But I do know one thing for certain: if he does continue to improve his game at Carlton, they’ll officially be back to playing finals footy.