Six teams remain in the race for this year’s NRL premiership, with four of them to fight for their survival this weekend.

After winning their respective qualifying finals against the Sydney Roosters and Parramatta Eels, the Penrith Panthers and Melbourne Storm will both enjoy a week off, during which they’ll learn the identity of their preliminary final opponents.

The Roosters and Eels will look to avoid a straight-sets exit from October when they come up against the Canberra Raiders and South Sydney Rabbitohs in their respective semi-finals.

The final between the Roosters and Raiders promises to be an intriguing clash, as it is a rematch of last year’s controversial grand final which the Roosters won 14-8.

But this time, the loser will be knocked out of contention for this year’s premiership, while the winner will go on to face the Storm in a preliminary final at Suncorp Stadium in Brisbane.

The other semi-final between the Eels and Rabbitohs, meanwhile, will be their first finals meeting since 1965, and there’s no doubt the Eels would love to gain some revenge on the Bunnies after being hammered 38-0 on their home turf back in Round 16 this year.

Here is your guide to this weekend’s semi-finals.

Previous meeting in a final: Roosters won 14-8 at ANZ Stadium in the 2019 grand final.

It is just over 12 months since the two clubs faced off in the championship match last year, which proved to be controversial for a number of reasons, not least the refereeing in which a set restart call in favour of the Raiders was quickly overturned.

The subsequent turnover saw the Roosters, through fullback and Dally M Medallist James Tedesco, score the try that delivered the premiership to Bondi Junction for the second consecutive year.

For the loser, there is no tomorrow, while there will also be no respite for the winner, who will have to travel up to Brisbane where the Melbourne Storm awaits next Friday night.

The Roosters had led 10-0 early on in their qualifying final against the Panthers, but conceded the next 28 points. While they pegged it back to 28-22, a field goal to Panthers halfback Nathan Cleary ultimately saw the Chooks go down 29-28.

While it was an improvement on the 60-8 drubbing they copped from the Rabbitohs, it was still an agonising defeat and leaves them at risk of their first straight-sets finals exit since 2008.

Meanwhile, the Raiders got the better of the Sharks for the second consecutive week, winning 32-20 to progress to this sudden death showdown, and there’s no doubt Ricky Stuart will have his troops fired up for their shot at the premiers.

The two matches between the Roosters and Raiders finished a win apiece this year, with the Raiders taking out proceedings 24-20 at the SCG in Round 10 before the Chooks returned serve with an 18-6 win at GIO Stadium in Round 17.

But what will unfold when the two sides meet in an October finals match once again? 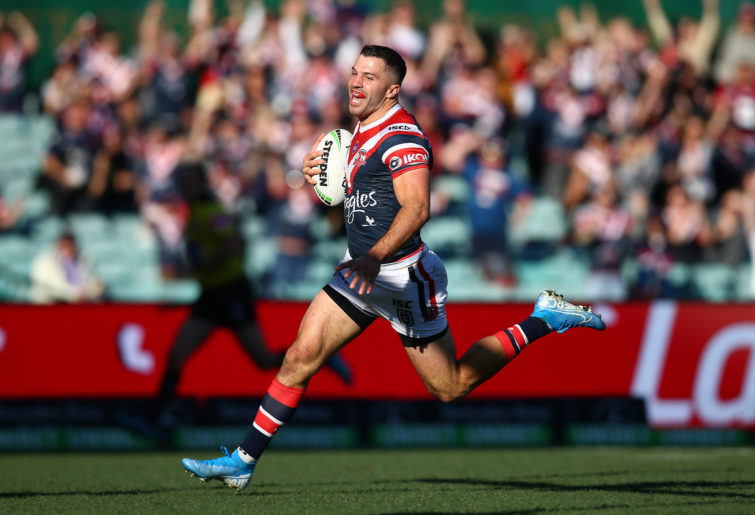 This season: Rabbitohs won 38-0 at Bankwest Stadium in Round 16.

Previous meeting in a final: Rabbitohs won 17-2 at the Sydney Cricket Ground in the first semi-final, 1965.

The second semi-final sees the Parramatta Eels look to avoid their second straight-sets finals exit in four years when they face the South Sydney Rabbitohs at Bankwest Stadium.

Playing in their third finals series in four years, the Eels shot out to an early 12-0 lead against the Storm at Suncorp Stadium before nerves got the better of them as they eventually capitulated to lose 36-24.

Souring their defeat further is the fact that winger Maika Sivo won’t play again this year, while a cloud hovers over the availability of their other winger, Blake Ferguson.

After thrashing the Roosters by a record 60-8 in the final round, the Bunnies’ hot form continued last week, when they towelled up the Newcastle Knights 46-20 in their elimination final.

Wayne Bennett’s men will therefore have no reason to fear the Eels at Bankwest Stadium, given the scoring spree they embarked on back on August 27.

But not only will the Eels want to avenge that defeat, their worst ever at the new ground (if we can still call it that), they’ll also be eyeing a preliminary final showdown against western Sydney neighbours the Panthers, which, due to a quirk in the finals system, will be played at ANZ Stadium which is geographically closer to Parramatta than it is to Penrith.

For the winner: a shot at the Penrith Panthers in the preliminary final.

For the loser: season over, and a long summer to ponder what could’ve been.