Jarryd Hayne had all the ideal traits in a player, from the size to great speed, from upper body strength to agility to break tackles, from a very good long-passing game to a thunderous kick.

When Hayne put it all together – though admittedly it wasn’t often – he was an unstoppable force the likes of which the NRL has never seen. Never has a player had this kind of form. In 2009 he took a below-average team to the grand final, losing to a team that was cheating the salary cap.

The winner of three Brad Fittler medals, the most of any player, and claiming a NSW best and fairest and players’ player award for Australia in the 2013 World Cup, it’s clear he’s a big-stage player. The mere fact he made the NFL with no experience playing the sport beforehand is a glowing endorsement of the athlete he was. 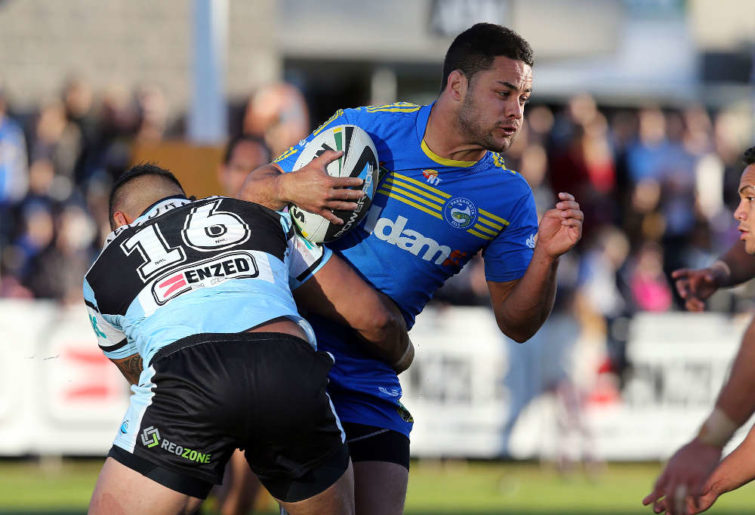 Grothe was a new breed of winger who could run over anyone, but he also had amazing balance to keep on running through tackles, making him one of the most feared players ever. Injuries robbed him of more representative honours. The try he scored in a semi-final against the Bulldogs showcased why he is the best winger of his era.

Known as the ‘Arthur Beetson of the backline’ due to his ball-playing skills, Cronin was a point-scoring machine. He was picked for Australia while playing for Gerringong and was a great support player with a great football IQ and always seemed to be in the right place at the right time.

Cronin added class and polish to the great Eels backline of the 1980s.

The ‘Zipzip Man’ was an electrifying centre whose career was plagued by injuries. Ella was explosive off the mark and his anticipation and sudden change of direction made him a constant threat with the ball in his hand.

What’s remarkable is he played with pretty much a fully functional knee for most of his career. Often overshadowed by stars in his backline, he was still a star in his own right.

5. Semi Radradra
Four caps for Fiji, one cap for Australia; two-time winger of the year

He’s the best winger of the modern game. We’ve never had a winger have so much effect on a game. Most wingers are just there to return kicks and finishes.

But Semi was different. Standing at 188 centimetres and 105 kilograms and seemingly built out of granite, he could score length-of-field tries by simply running over anyone. He had a great step and swerve, and when he got his legs pumping he couldn’t be chased down. For a winger to be the team’s best and most dangerous player is an anomaly.

He broke the Eels record more most tries in a season and has an impressive 87 per cent try-scoring strike rate. He is now one of the best players in the world in rugby union, a testament to his skill. 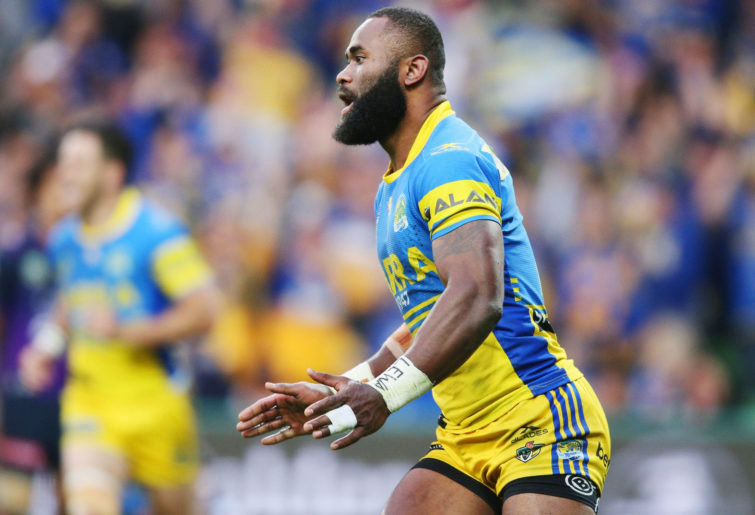 Kenny was a freak of nature. He had blistering pace, cat-like reflexes, a great step and a better dummy, and exquisite swerve. He was a tough defender.

He scored two tries in three consecutive grand finals and was disallowed two tries in the 86 grand final, showing his big-game ability, and he beat Wally Lewis for the five-eighth spot in Australia sides before later playing centre to accommodate both.

With an 8-4 record over King Wally in Origin, Kenny is the best five-eighth to play in the NRL/NSWRL. He should be an immortal.

Sterlo was the leader of the greatest backline ever assembled. He had a flawless kicking game, was strong in defence and was a brilliant tactician. Sterling always seemed to outsmart his opposition. His best trait was that he made the players around him improve. He won pretty much every individual award.

Cayless was captain of Parramatta at a young age and had the record for more most games as captain. He made many metres and offloads. He captained New Zealand to their famous 2008 World Cup win. He was always reliable to cart the ball upfield.

9. Brad Drew
Hooker of the year

The Eels have never seemed to find that great hooker. Steve Edge was more of a leader and very limited with poor vision. Brad Drew was crafty and always looked threatening. He put his teammates in space.

He was an important figure when the Eels in 2001 broke all sorts of records, like most points scored and tries scored, and he was awarded best hooker of the year for his excellent season.

‘The Bear’ was a bruising prop, and his bone-crushing hits won him many representative jerseys. He was the first Parramatta junior to play for Australia. He seemed to rise whenever he played for Australia. 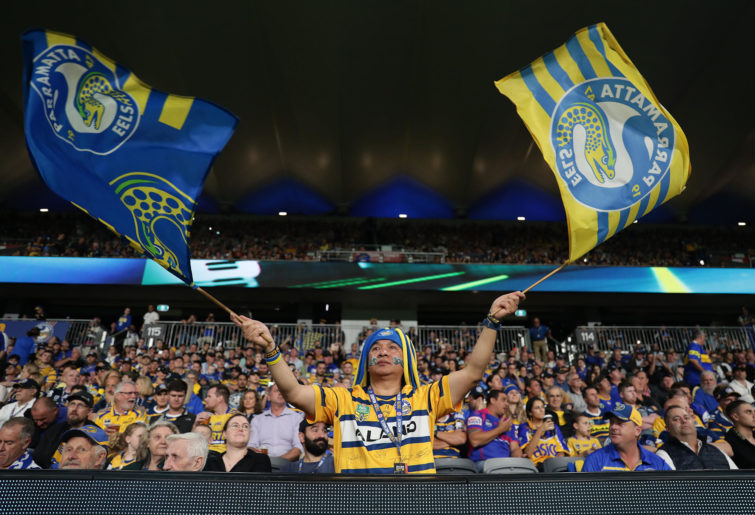 Quick and with a great offload, it’s easy to forget Hindmarsh was a great attacking player – but it was his brick-wall defence that made him one of the best in his position in the world. He was famous for chasing down runaway attackers who seemed destined to score.

Hindy was an 80-minute workhorse and tackling machine. He was the first player in history to make 10,000 tackles. Hindmarsh always chased down opposition players, even when they appeared to have already scored.

12. Jason Smith
15 caps for Australia, 16 caps for Queensland; lock of the year

Smith was an old-school, gritty player who looked like the local guy at the pub but played like a star. He was strong, mobile and blessed with ball skills of a half. He constantly filled in at five-eighth and excelled, a rarity for a second-rower.

As good as any in the world, his career was overshadowed by off-field incidents and injures.

The dual international was one of the most courageous and tough players ever. They didn’t call him ‘Mr Perpetual Motion’ for no reason – he drove his body to a level of exhaustion every time he stepped out in the field. A fine ball-runner, he scored many tries and added steel to a small Eels pack. He was only the second lock to win the Dally M Medal.

The Eels backline of the 1980s was the best ever. And add in Semi Radradra, the best winger in the modern game, and Jarryd Hayne, and it’s absolutely stupendous. The Hayne and Kenny combo will be simply too good for anyone else to stop.

Jason Smith and Mick Cronin are operating on the same edge and will act as a tiger set of halves, feeding the Radradra.

Hindmarsh and Price will make the Eels tough and harden them up defensively with Sterling pulling the stings, steering the team around, methodically plotting and planning the Eels next move.

Add powerhouses like Moimoi and the inner halfback playing prop Junior Paulo off the bench and it rounds out this impressive squad.

These Eels will be beautiful to watch and laborious to beat to ensure Parra do actually matter.