If someone told me ten years ago that people playing video games would generate a bigger audience than the NBA, NHL, and MLB, I would have laughed.

Fast forward to 2020 and not only are video games attracting more viewers than the major sporting leagues, but video games are also pulling in bigger profits.

Most kids grow up wanting to be like their heroes, the next LeBron James, Tom Brady, or Cristiano Ronaldo. But instead of picking up a basketball and shooting hoops or practicing their free kicks, they are picking up a controller and entering the digital world.

Gaming has been around for thousands of years. Egyptians were known for carving board games out of wood and using animal bone to create dice.

Playing games taught humans how to interact with each other and this interaction hasn’t stopped over the years, it has just become more advanced.

In the 1960s and 70s, we saw the birth of video games with such releases as Space War, a combat game that takes place in outer space. Soon after, gaming company Atari released the arcade video game Pong.

Pong was a tennis-like game that involved hitting the ball up and down the screen with a joystick and not letting the ball out of play.

Video gaming has continued to rapidly grow, with 60 per cent percent of Americans playing a video game daily.

With approximately 160 million e-sports fans around the world, e-sports is becoming the new frontier in entertainment.

A massive spectator sport, e-sports is now cashing in on huge sponsorship deals as it is a global sport offering prize money in the millions to its participants.

With digital devices so accessible in 2020 and kids learning how to use them from an early age, we can no longer argue that playing video games will get you nowhere in life. 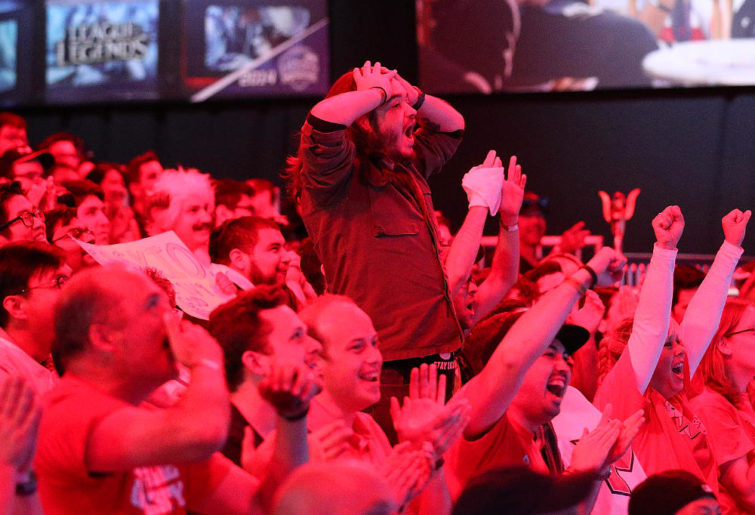 With e-sports emerging so quickly, it allows for players to potentially earn salaries higher than those of a doctor.

Tyler Belvins, otherwise known by his digital identity ‘Ninja’, is a professional gamer who came to fame by streaming himself online playing the video game Fortnite.

In March 2018, Ninja was joined online by celebrities Drake and Travis Scott, breaking the peak viewer count for the online streaming platform Twitch. Ninja’s gaming skills, along with his gigantic following, paved the way to a 30 million-dollar deal with streaming company Mixer, who poached Ninja away from Twitch.

E-sports is attracting record viewers unlike ever seen before. In 2018, the NFL Super Bowl attracted an audience of 103.4 million. With that many people tuned in you can imagine the opportunities for advertising material.

It’s reported that a 30 second commercial during the Super Bowl costs 5.25 million dollars. Now crossover to the e-sports world that same year, you will find that Battle Game, League of Legends live-streamed its championship game to a global audience of 106 million viewers, as reported by CNN.

It’s crazy to think that video games have only been around roughly 50 years and are already generating this amount of interest with their loyal fan-base.

Investment bank Goldman Sachs Group estimates that by 2022, e-sports will reach a global audience of 276 million people, doubling the viewership of the NHL and MLB and having a similar size to the NFL.

Such rapid growth presents opportunities everywhere in the industry for sponsorships prize-money and new jobs. Who would have thought that a teenager could be getting paid more for playing FIFA or NBA 2K than what athletes do for playing the game in the real world?

But that’s the evolution of video gaming and the emergence of e-sports. If you are not familiar with the e-sports world you soon will be as this industry is the future of entertainment for everyone around the world.