Over the last six years, the WBBL has developed into the best domestic cricket competition in the world.

It is not only recognised as a breeding ground for the next generation of Australian talent but is also a competition that attracts the best players from across the world including South Africa, England, the West Indies and New Zealand.

One of those players is Lizelle Lee, who has been coming to Australia to compete in the WBBL since its third edition.

Because of the move, Lee has several new teammates, including Amy Satterthwaite who returned to the Renegades this year after taking a year off from elite cricket to give birth to her daughter Grace.

Given that Lee plays for South Africa and Satterthwaite plays for New Zealand, the two have played each other on a number of occasions but never had time to be part of the same team.

“It’s definitely the first time I have played alongside her,” said Lee.

The added benefit of Satterthwaite returning is that Grace has made the trip to Australia with Satterthwaite and her other mum Lea Tahuhu, so the Renegades squad have a new lead member of the cheer squad.

“It is so lovely having her in her hub,” said Satterthwaite.

“We are all trying to be the best aunties that we can.

“She is one of those babies that you can give to anyone and she just smiles. She doesn’t cry much and is a joy to be around.”

It has been a tough start to WBBL06 for the Renegades who currently sit at the bottom of the ladder with just one win. Unfortunately, that task will be even harder with injuries to several key players.

Maitlan Brown was ruled out for the season after a hamstring tear last Friday. Tahuhu is still trying to return after a side strain and Georgia Wareham, who was in impressive form with the bat, will not play for the rest of the WBBL season after a bone stress fracture in her shin.

Despite the uphill battle, Lee is hopeful that the team can come together and make a late play for the finals with six matches still remaining.

“Things have not gone our way in the opening half of the competition,” said Lee.

“We have had some injuries and some obstacles to overcome, but we are still hopeful for the second half.” 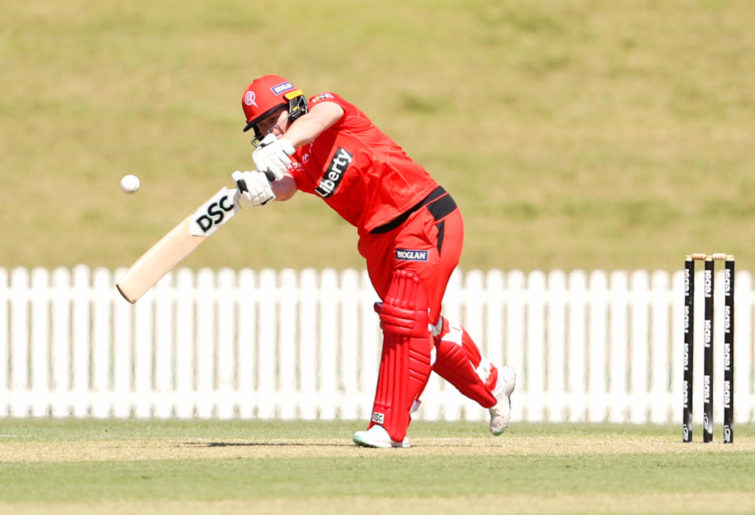 One of those obstacles for Lee personally has been a slump in form.

Lee is one of the most powerful hitters in world cricket. During her time with the Stars, Lee scored two centuries and during her career has represented South Africa on over 70 occasions in T20 internationals, including at the T20 World Cup in 2020.

Unfortunately this year, in six innings this Lee has scored 93 runs at an average of 15.50 with a high score of 38. This is much lower than we are used to seeing from the power hitter who scored the fifth-highest number of runs in WBBL05 with 475.

But just like all top-order batters, Lee recognises that ups and downs in form are just part of cricket.

“I’m going through a bit of a slump at the moment,” said Lee.

“It’s tough. In the WBBL you have to try and put it behind you quickly because the games are so close together.

“I’m just trying to hit as many balls as I can and stay in the middle for as long as I can, whatever helps.

“Sometimes all it takes is one shot, if you have one shot you play in the middle of the bat, regardless of whether it is a boundary, you just have that moment where you think you are going to have a good day.”

The Renegades are also trying to change things up with Lee batting fourth in her most recent game against the Hobart Hurricanes. Despite being most well known for being an opener, Lee enjoyed batting fourth.

“I’m used to opening and I have done that for a long time but I enjoyed batting at number four the other night,” said Lee.

“I think it was a great decision to put me there to try and help me get back into my groove.

Perhaps, Lee can look to her South African teammate Laura Wolvaardt for some inspiration. In the last 12 months, Wolvaardt has dramatically improved her T20 game and is one of the leading run-scorers in WBBL06.

“I love every second of watching her bat,” said Lee.

The Melbourne Renegades’ next game is against the Perth Scorchers at 12:15 AEDT at the Sydney Showground.