From tennis ball cricket to the leather ball, the rise of ‘Yorker’ Natarajan

Ever since its initiation, the Indian Premier League has unearthed hidden gems right from the depths of the unknown.

From Shaun Marsh to Bhuvneshwar Kumar, the world’s most renowned T20 league has created countless opportunities for individuals to excel in their career by giving them a glimpse of what it’s like to play against (and with) some of the world’s best. Following in Kumar’s footsteps in 2020 is his fellow Sunrisers Hyderabad teammate, Thangarasu Natarajan.

Natarajan’s performance in the recently concluded IPL has grabbed various eyeballs within the cricketing world, as players from both past and present have lauded him with praise. His death bowling abilities in particular have been extremely noticeable, with Natarajan being able to nail the yorker more often than not towards the back end of the innings.

His prized ability to hit the block hole with such precision and accuracy to close out the innings has led to Twitter doing the rounds with #YorkerNatarajan, his newfound nickname. His significant contributions to the Sunrisers’ bowling attack earned him a call-up to the national T20 squad, initially as a net bowler, but now as a member of the squad due to the injury of Varun Chakravarthy.

Despite his recent highs, the road for Natarajan to make it to the squad in the ultimate level was filled with countless challenges. Born in Salem, a rural village in the southern state of Tamil Nadu, Natarajan did not have access to the opportunities and privileges that many other players would have had.

With his father being a porter at the local railway station and his mother being a daily wage labourer, their lives were confined to the typical struggles that were faced by households in the interior districts of Tamil Nadu. Throughout his teenage years, the only form of cricket Natarajan played was using a tennis ball with his friends, and he still claims that everything he knows today was from the basics that he learnt with this ball. Nevertheless, whether it was his yorkers with the tennis ball or the cutters with the seasoned cricket ball, Natarajan has always left the same impact on batsman.

Being a natural at the game, he has always had the pace right from the start, but as he admits, making a living out of cricket was something he had never thought of in his wildest dreams. Natarajan’s talent was recognised by Jayaprakash, a fourth division cricketer for Chennai at the time. He took Natarajan under his wing and adapted his skill set into utilising it with the cricket ball, rather than the tennis ball. Being mentored by Jayaprakash has been a turning point for Natarajan, as this was the start of one of the sweetest success stories in the Indian domestic circuit.

Compared to left-arm Bangladeshi pacer Mustafizur Rahman, Natarajan first came into the limelight during his stint in the inaugural season Tamil Nadu Premier League (TNPL) in 2016, whereby he bowled six back-to-back yorkers in one game. His impressive death bowling throughout the entire tournament paved way for his selection by Kings XI Punjab (KXIP) in the 2017 IPL auction for a whopping three crores (approximately $550,000), a figure that was 30 times his base price.

However, his next couple of years in the IPL were not exactly the most glamorous, as he only managed to pick up two wickets from six outings for KXIP in 2017, after which he got delisted. Although he was picked up by SRH in the 2018 auction, not being one of Kane Williamson’s preferred choices made it hard for him to break into the Sunrisers playing XI. However, under the captaincy of David Warner in 2020, Natarajan took his game to a whole new level.

With an early injury ruling out spearhead Bhuvneshwar Kumar for the entire season, it meant that the bulk of the responsibility of bowling in the death was left up to Natarajan. He rose to the occasion and his performances were labelled by former fast bowler Brett Lee as outstanding. Natarajan finished the tournament with 16 wickets, while bowling the most yorkers out of any bowler in the season along the way. The name on the back of his SRH jersey ‘JP Nattu’ is a show of gratitude to his mentor Jayaprakash, who opened his eyes to a building a future through competitive cricket, ultimately making his dream a reality.

Currently, Natarajan is down under with the Indian squad, preparing for the bilateral T20 series against Australia. Having worked hard to earn his opportunity in the side, this series acts as the perfect platform for the team management to provide Natarajan with exposure to the international stage ahead of the upcoming T20 World Cup. With the third seamer spot arguably up for grabs in India’s best XI, it would not be the slightest surprise if we witness the debut of this uncapped Indian talent, who former Indian star VVS Laxman has described as India’s X-factor in the shortest format of the game. 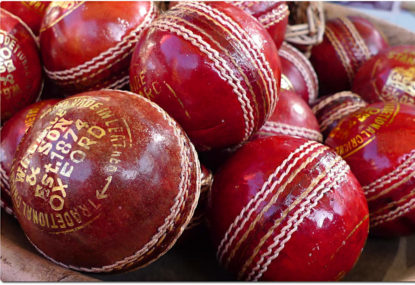