Another year, another set of rule changes.

I’m not fundamentally opposed to rule changes. I am opposed to constant tinkering with the rules, particularly when the tinkering doesn’t fix the game’s core problem. So what is the problem?

What once was a free-flowing game has evolved into something else. It’s currently best described as a rolling maul, which occasionally erupts into a spasm of temporary open play. There are far too many stoppages. What’s caused this?

It’s a combination of things. Coaching techniques have evolved. Player fitness has increased. Perhaps most importantly the existing set of rules are difficult to adjudicate with an acceptable degree of consistency. The rules are easily gamed by the players, laughably so.

I cannot stress how important the stoppages are. They give teams the time to set up defensively and that’s the key reason for the reduction in scoring. Players are encouraged by coaches to force a stoppage when there is no clear advantage to their side. This causes the rolling maul. It’s a deplorable state of affairs. So what fixes it?

Rule changes that make it difficult for teams to set complex zones, that reduce the number of stoppages, that don’t allow the players to manufacture a stoppage during open play, that replace umpires’ discretion with clear directives that the umpires simply enforce. This piece explores seven changes and clarifications. 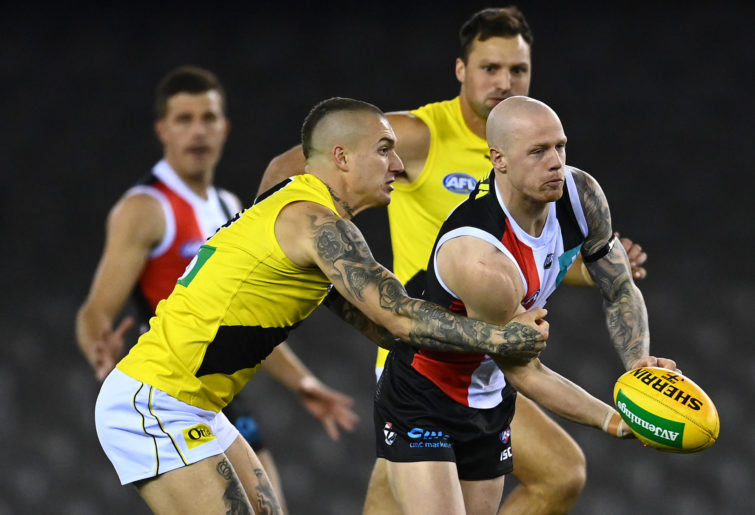 The first change is perhaps the simplest. It addresses player rotations. The current system of a set number of interchanges just adds another thing for the officials to manage. I’d propose that coaches can only interchange players after a goal has been scored.

This will reduce player rotations, making it harder for players to flood back. It should also see a return to interchange players being interchange players, as opposed to just another player. After all, coaches will be loath to remove their best players from play if they can only put them back on after another goal. It will emphasise coaches getting match-ups right.

The blood rule is an exception for reasons that should be obvious. Players can also come off if they are injured and in such circumstances the runner notifies the umpires. However, once a player comes off with an injury they cannot return to the field for the rest of the match. That should stop any antics from creeping further into the game.

The second adjustment is around scoring. Kick outs after a score should be abolished. Instead, each score results in a restart with a centre bounce. This prevents either team from setting up a zone after a point is scored to lock the ball in. It forces both teams to go six-six-six after every score.

Following on from this in the number three slot is a fairly obvious clarification around rushed behinds. No more rushed behinds. If a defender steps behind the defending goal-line it’s a goal. I don’t care if they are under immediate pressure.

These kinds of exceptions are the problem with the AFL rules at the moment. They are impossible to adjudicate consistently. If a defender has the ball and choses to step, or is pushed behind the goal-line, it’s a goal. I’d also add that any player deliberately pushing a player into a behind post will result in an immediate report and a 50-metre penalty.

The fourth idea isn’t really a change at all. The umpires actually enforce holding the ball and or incorrect disposal. If you’ve got the ball, you’re standing up, and you’re tackled, the tackler is rewarded unless you legally dispose of the ball immediately.

Now we start to come to some more controversial changes. They are designed to reduce the number of stoppages. They are also the kind of changes that are guaranteed to wind up older fans.

Number six is a bit of an old chestnut. Remove the boundary throw-ins. The last person to touch the ball before it goes out gives up a free kick. The current situation is farcical. It involves professional athletes who forget exactly where the line is and accidentally step out.

Players kick the ball just close enough to avoid a deliberate out-of-bounds call. Players attempt handballs to each other and miss. All that stops. We replace a messy ball-in with a free kick and the teams have to reset in the six-six-six formation. 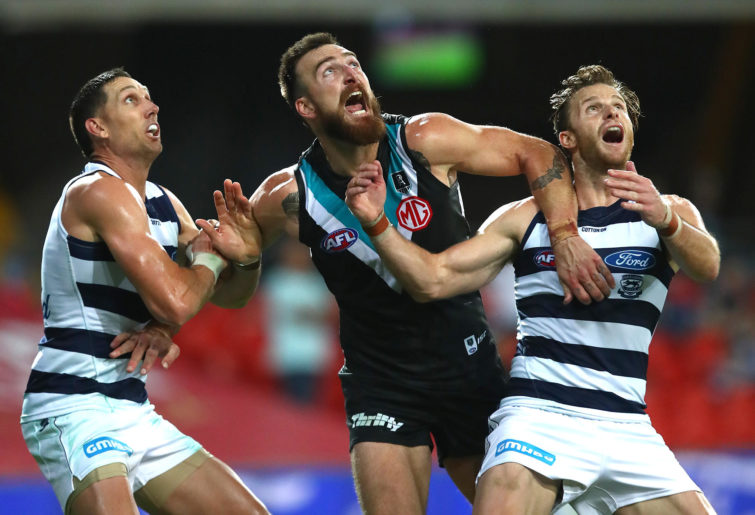 The seventh and last suggestion is bound to be controversial. I’m far from certain that it’s appropriate.

My change is no more ball-ups resulting from open play. So what happens when a group of players lock in the ball? Simple. The umpire counts to three. If it’s not out, a free kick is awarded to the team with the ball in their defensive half. If a player is on the ground with possession of the ball for three seconds, no one is tackling them, and they don’t get rid of it, it’s holding the ball.

But how does that reward the player who tries to get possession? It doesn’t and who cares. Players should keep the ball moving. If you’re stupid enough to sit on it, or not skillful enough to take possession quickly and move it on, you get penalised.

There would be no more ridiculous pumping of arms as players desperately try to convince the umpire they can’t dispose of the ball when what they really want is a stoppage. No more falling on the ball and knocking it into your legs on purpose, or your opponent’s legs, while you wait for a stoppage. Clear the ball or you’re penalised. It’s simple to adjudicate and it keeps the play flowing.

So there you have it. These changes may provoke controversy. There will be many criticisms. That’s awesome. We should be passionate. Even if all of these proposed changes are lampooned, I’d be delighted if they in any way get the power brokers of the game thinking.