Honourable mention: Tom Doedee
Tom Doedee was added to the leadership group in 2020. He is the best tall defender after the loss of Kyle Hartigan and Daniel Talia at fullback. Doedee has the capability to play anywhere in the back six and was sorely missed through injury, featuring in just nine games in 2020 but averaging an impressive 14.33 disposals per game, which is a fair amount for a key defender.

5. Wayne Milera
He was sorely missed in 2020 as he managed to play just two games after signing a five-year contract extension. Milera has the potential to play on the half flank on the wing or play less game time off the interchange bench on the ‘burst’, which is the role of an impact player.

4. Rory Sloane
Sloane finished in the top ten in the best and fairest in 2020 despite featuring in only 12 games due to injury. His leadership was sorely missed.

3. Matt Crouch
He averaged the fifth most disposals of any player in 2020 (including finals). He didn’t just accumulate disposals but also utilised the ball well. In 2020 he will be pivotal to the Adelaide Crows as his brother Brad was traded to St Kilda. On top of that is concern over whether Sloane’s body can hold up and play every game, which makes Matt Crouch an even more integral player than he would have been prior to 2021.

2. Rory Laird
He showed his versatility as he featured in the midfield for the Adelaide Crows when they had their three-game winning streak from Round 15 until Round 17. That extra string he has added to his bow will make him a player that they need to be at his best in 2021 if the Crows are to improve.

1. Reilly O’Brien
He was a deserved winner of the best and fairest for the Crows. He was arguably one of the better ruckmen in the competition. He doesn’t have much backup apart from Billy Frampton, therefore O’Brien is the player the Crows could least afford to lose in 2021. 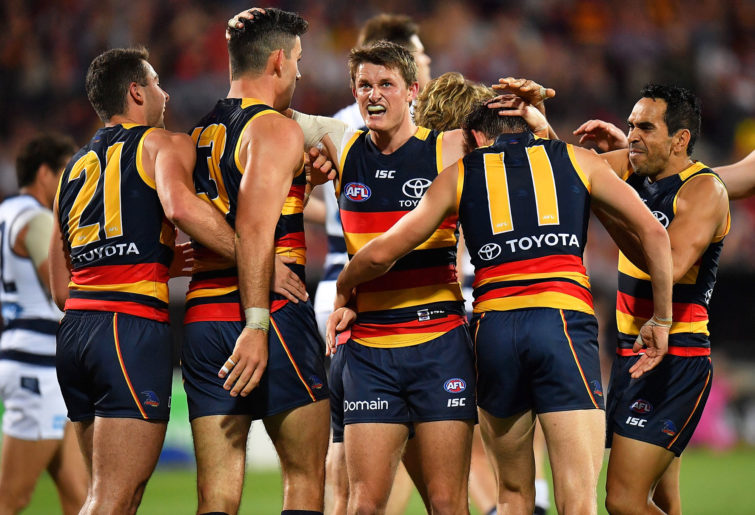 The Lions will be looking to improve on their preliminary final finish in 2020, having missed out on the opportunity to win a premiership.

Honourable mention: Joe Daniher
Daniher will be an important player for the Lions if fit and available. At the very least he will take the pressure off Eric Hipwood, who will hopefully kick straighter than in 2020!

5. Daniel Rich
He’s who becomes even more important with Grant Birchall heading towards the end of his career and Alex Witherden being traded to the West Coast Eagles. Brisbane’s options for running defenders are few and far between in 2021.

4. Hugh McCluggage
He’s been an extremely versatile player for the Lions as he can play on the wing, in the forward pocket and even as an inside midfielder if given the opportunity in 2021.

3. Harris Andrews
Andrews was named at fullback in the 2020 All Australian team. There isn’t a lot of backup if he gets injured, as Ryan Lester would be forced to play as a key defender. In 2021 Andrews may be used at centre halfback as he is a master at intercept marking.

2. Oscar McInerney
McInerney is extremely important to the Lions as Stefan Martin, the side’s other ruckman, was traded to the Western Bulldogs. The only backup he has is Archie Smith at this stage.

1. Lachie Neale
Neale won the Brownlow Medal in 2020. Even though the Lions have some backup in the midfield, none of them is of the calibre of Neale, therefore he should be the player the Lions could least afford to lose in 2021.

The Blues will be looking to be better than in 2021 and a shot at the finals.

Honourable mention: Harry McKay
McKay was a pivotal part of the Carlton structure in 2020. Charlie Curnow was injured, Mitch McGovern was out of form and Levi Casboult was getting towards the end of his career. Therefore, McKay should be integral to the Blues hopes of playing finals in 2021. The only thing holding him back is his goal kicking, as he finished with 1.62 goals per game and 1.15 behinds per game in 2020. It’s important he kicks straight when given the opportunity in 2021 as it impacts on whether the Blues have the ascendancy and momentum of the game.

5. Adam Saad
Saad was a pivotal recruit for Carlton as he will provide plenty of run off a halfback flank. With Sam Docherty getting towards the end of his career, Nic Newman coming back from injury and Sam Petrevski-Seton possibly moving to the wing, Saad’s role in the team will be important.

4. Zac Williams
He was brought to the club in the 2020 trade period to help the Blues make a success of their next few seasons, starting with 2021. In 2021 he could play multiple roles, including as a running defender, but will most probably be an inside midfielder to help out the likes of Patrick Cripps.

3. Patrick Cripps
Cripps would be disappointed with his 2020 as he wasn’t even in the All Australian squad of 40. In 2021 he’ll be looking first of all for team success and second of all to improve on 2020, especially with his goal kicking, having averaged 0.4 goals and 0.7 behinds per game. Those stats sum up his season and why he’s only third on this list.

2. Sam Walsh
Walsh is a natural leader. The mark of the year he took in 2020 epitomised his value to the team. He has the capability to play inside and outside midfield.

1. Jacob Weitering
Weitering was a part of the All Australian squad of 40 in 2020. It’s essential he stays fit and available for selection in 2021 for every game as he’s arguably the best centre halfback in the AFL.