Concluding their campaign on Sunday against the Sydney Thunder, the Hurricanes had a challenging season. They finished at the bottom of the ladder with just three wins, but Rafferty was grateful for the opportunity to play, given the events that transpired earlier this year.

“It was a bit of a shock,” said Rafferty.

Despite losing both contracts in the space of a very short period, Rafferty continued to train while she was contracted to maintain a routine. For Rafferty it was important to stay positive, continue to remain fit and work on her skills just in case an opportunity came up.

“A few months ago, [Salliann Briggs] gave me a call and mentioned there may be some spots at the Hurricanes given the demands of the upcoming WBBL in the hub,” said Rafferty.

“They picked my up as a medium pace bowler and it was exciting news. Along with that the ACT Meteors gave me a call to play with them in the WNCL.

“It’s all turned around for me. Life has been a rollercoaster over the last couple of months, but it has been so good to finish on a high, playing in the WBBL.”

Whilst it did work out for Rafferty, after losing both her WNCL contract and her WBBL contract, she did spend some time re-evaluating and thinking about what she wanted to get out of her cricket career.

“My first contract came when I was 17, so cricket really did become my life,” said Rafferty.

“When I got my first contract, cricket was the priority rather than school.

“I was at an age where I didn’t really know what I wanted to do other than cricket. I hadn’t worked that out yet.

“Everything happens for a reason and the last six months has been a great chance to learn about myself and to understand what I want to do after cricket.”

To that end, Rafferty has recently graduated with a Teacher’s Assistant Certificate and done several hundred hours of practical work alongside teacher’s assistants. Pursuing a career as a teacher’s assistant is something she is interested in post-cricket and the last six months have given her the opportunity to pursue that.

But given Rafferty’s past, I don’t think she will ever be too far from sport.

“At a point, I thought about giving cricket away at the elite level, but I have always said to myself that if things didn’t work out with cricket, that I would give the AFLW a go,” said Rafferty.

“I was leaning in that direction, so that might have been an option if cricket didn’t work out this year.”

Given Rafferty’s sporting history, it wouldn’t surprise me to see her excel in another sport.

Rafferty grew up playing hockey and was a late comer to cricket. But she has also recently represented Australia in Indoor Cricket for Australia’s Under 22 women’s team in a four-game Trans-Tasman Challenge series. Rafferty was selected after a stellar season with the Victorian Under 22s, where she played alongside her identical twin sister, Paris. 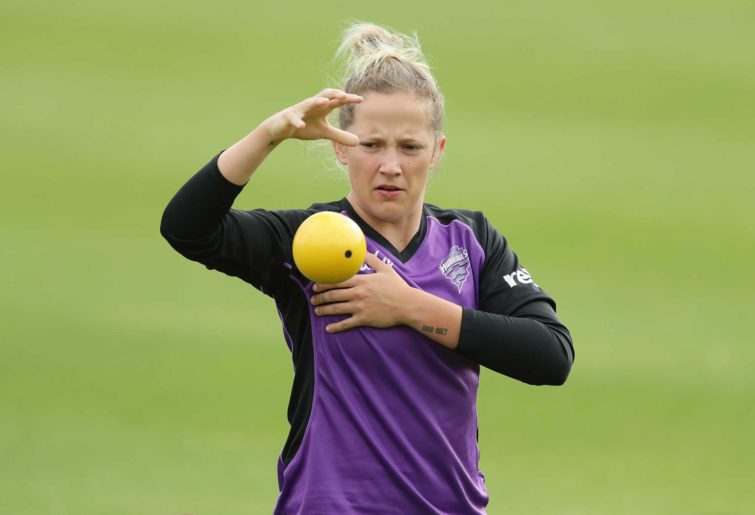 Chloe Rafferty with the Hurricanes. (Photo by Mark Metcalfe/Getty Images)

“I love it. It is a great atmosphere, the camaraderie and just how something is always happening. The ball is always live, and everyone has to do everything, so you all get a bat, a bowl and have to field.”

Rafferty admits that she struggles to find an off-button. She is a self-professed extrovert and loves playing team sports, especially when she gets the chance to play alongside her sister, Paris.

“My identical twin sister plays alongside me. She recently moved club cricket teams to get more of an opportunity so is now opening the bowling for Box Hill Cricket Club,” said Rafferty.

“She is kicking plenty of goals and is loving it too.”

Chloe tells me that her and Paris are identical twins. But she has given me some tips on how to tell them apart in public.

“We’ve changed a bit in the last year because Paris has dyed her hair brown,” said Rafferty.

“She loves her fake tan too. You’ll see me and you’ll see her and it looks like she has been to Bali for a week.

“We have the same sense of humour and that twin connection. We laugh at weird things together, are best friends and we know each other inside out. 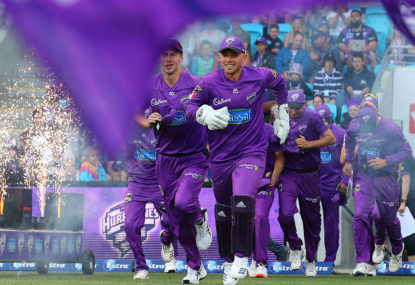 There have been times over the last 12 months when Maisy Gibson considered retirement from domestic cricket. Late last year, just ahead of WBBL… 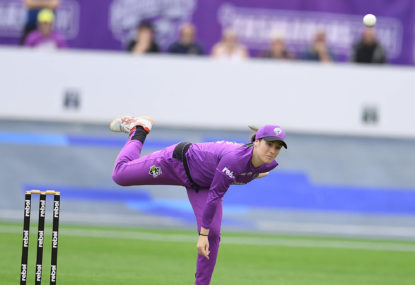 The Hobart Hurricanes have announced the new signing of experienced left-arm pace bowler, Joel Paris (28), from the Perth Scorchers. Having been associated with… 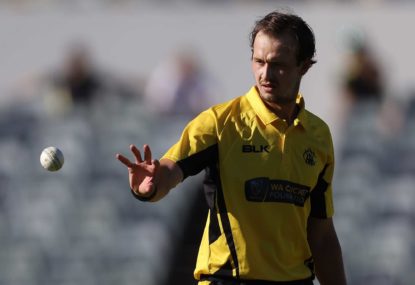 Chris Lynn and Tanveer Sangha have both been overlooked for the official Big Bash team of the tournament, which was announced by the league…