“I am so bloody stoked to be in the finals.”

It has been an impressive season from the Thunder, who missed the finals last year, finishing sixth on the ladder with just five wins. But plenty changed over the off season.

The Thunder were active in the player recruitment space, snaring several experienced players including Tammy Beaumont, Heather Knight and Sammy-Jo Johnson to complement the exciting, young talent in the squad including Hannah Darlington, Phoebe Litchfield and Rachel Trenaman.

There have also been some stand out performers in the squad this year. Knight has scored 403 runs at an average of 40.03. But in addition to that Trenaman has scored 224 runs, Rachael Haynes has scored 268 runs and Tahlia Wilson and Phoebe Litchfield have each scored 166 runs. 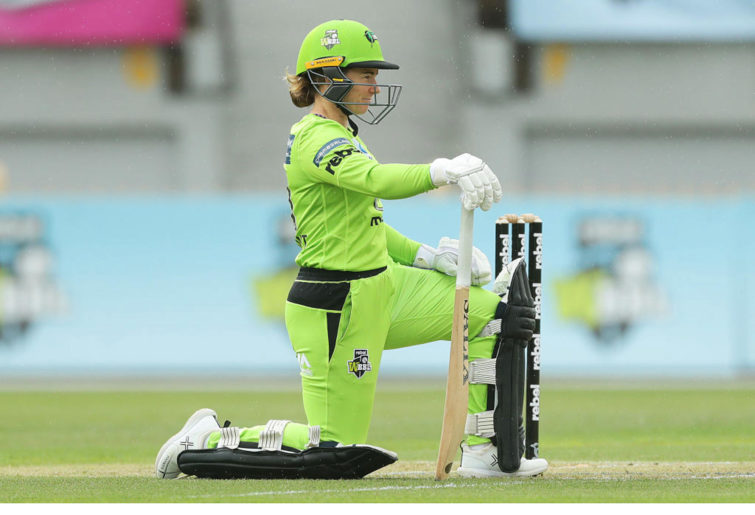 But this depth in the Thunder’s batting line-up is matched with bowling depth. Johnson has taken 18 wickets at an economy rate of 7.22. Hannah Darlington took 15 wickets closely followed by Sam Bates with 14 wickets.

For Ismail, these stand-out performances have been important, but the biggest change this year is consistency.

“We have consistency in our bowling line-up and our batting line-up,” said Ismail.

“Last year when things went pear-shaped, we struggled. But this year we have shown real character thanks to some of those new players and learnings from last year.”

Ismail has been a key part of the Thunder’s success this year taking 12 wickets at an impressive economy rate of 5.93. Her best figures of the summer are 3-10 against the Hobart Hurricanes. She skittled their top order, leaving the Hurricanes at 3-4 in just the third over.

It’s an impressive feat for a woman who first made her debut for the South African women’s team in 2007 and since then has cemented her place as one of the fastest bowlers in the women’s game.

But Ismail isn’t done yet. Despite clocking a highest speed of 128 kilometres per hour, Ismail is confident she can get even faster.

“I want to try to get to 130 clicks, that is one of my goals for before I retire,” said Ismail.

“I always say if you aren’t enjoying your cricket, you might as well retire.

“Since I turned 28, I think my cricket has peaked. So I am loving playing, I am having a lot of fun and my focus is to stay mentally strong and fit and healthy.

“Especially when I play with the Thunder, it’s like playing with family. I always say it is my family away from my family so I am enjoying every moment.”

For Ismail, fast bowling and its development is the next big opportunity in the women’s game.

As women are given the chance to become full-time professionals, focus even more on their craft and compete in competitions like the WBBL, Ismail expects the pace of fast bowling to improve.

This may even be enough to give bowlers the advantage in a competition like the WBBL where there is so much focus on big hits. This improvement in fast bowling is already evident in the next generation of players coming through like Stella Campbell and Darcie Brown.

“I spoke to Darcie Brown the other night. She wanted to have a chat about bowling in swing and out swing and I gave her some tips,” said Ismail.

“But Darcie is so young and already bowling so quickly, but I did tell her: “I’m old, but I am still quicker than you’.”

“Off the field, I am probably one of the cheekiest people, but on the field I am very serious,” said Ismail.

“I love to be in the competition all the time, so even if I don’t have the ball in my hand I want to contribute in the field.

“A lot of people think I’m old, but I still want to be a good example for the youngsters coming through. 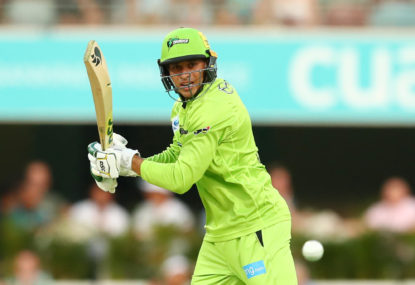