The 35-year-old finished his playing career in 2020 with the Parramatta Eels, where he played 101 of his 121 NRL games. He climbed through the ranks in Balmain junior rugby league after starting off with the Holy Cross Rhinos. However it was at the Salford Red Devils where Gower made his professional debut at the age of 21.

Gower’s Dad is British, which allowed him to get a British passport for a shot in the Super League despite never travelling overseas or living away from home. He had little experience cooking and cleaning, making the experience daunting.

After 18 appearances for Salford, Gower returned to Australia to have a shot at the NRL with the Wests Tigers. In 2009 he won the reserve grade player of the year award, however only managed to notch one top-grade appearance for the club in the final round of the season. He labels his selection in the team as “tokenistic.”

At the end of 2009 he was 24 with just one NRL game to show for his hard work. He admits it’s tough when you’re playing well in reserve grade and first-grade opportunities are hard to come by.

In our interview, a word I hear Gower use often is opportunity, which says a lot about how hard he has worked to earn them and how valuable he knows one small opportunity can be.

Eels forward Andrew Davey finally earned his NRL debut earlier in 2020 at the age of 28 and went on to have an extended run in the team. Gower recalls telling him: “The difference between a good reserve grader and NRL player is opportunity.”

“Hard work and persistence pay off. Sometimes they don’t. I was frustrated. You’re playing well in reserve grade,” Gower says about his early playing days.

“It’s just persistence, you need to stay in there, really hang in there. If you really want it, you’ve got to be willing to sacrifice, willing to persevere, willing to work hard.”

He spent one more year at the Tigers, unable to add to his single first-grade game until Wayne Bennett showed interest from the Dragons. Gower, who was an electrician at the time, states that Bennett was a fan of his attitude.

“He liked the fact that I was turning 25, still working hard, still chasing dreams,” Gower says.

“I had the work ethic, I had resilience, I had the mentality of success and that’s what he was after.

“(My first year at the Dragons in) 2011 was the year I learnt what it took to be a first grader.”

Gower represented the Red V on seven occasions from 2011-12. It was the Dragons’ reserve grade coach at the time Paul McGregor who helped him seal his next move.

“(McGregor) called (Geoff Toovey, Manly coach) and said I’ve got a player that you want to look at,” Gower says.

Rather than taking a two-year deal, Gower only took one, stating that he: “felt like if I played consistent footy, more opportunity would arise.”

Gower labels 2013 as a “bit of a spin out” as he went on to appear in that season’s grand final for Manly in their defeat to the Roosters.

“In 2013 I established myself as a first grader – week to week, just understanding physically and mentally what it takes to be able to back up,” he says.

“Luckily enough for me I got an opportunity to play in the grand final. It was only a cameo at the end of the game but it’s still something that I definitely treasure. Thirty-four players a year get to play in the grand final and I was one of them and there’s a lot better players than me that have never played in one in their whole careers. I was very grateful that I actually got the opportunity.”

In late 2013, Brad Arthur – the Parramatta coach – brought Gower across to the Eels ahead of the 2014 season after securing the head coaching role. Gower would go on to be a consistent member of the Eels’ side and an ever-reliable servant over seven years, lining up for the club 101 times.

At Parramatta, Gower played under the one coach in Brad Arthur, a man he has great respect for.

“He was a straight-shooter,” Gower says.

“Always has been, always will be. I fought hard for every game I played under him. He didn’t give me anything easy, no token jerseys from Brad.”

Reflecting on his playing career, Gower says: “My career goal was 100 NRL games. I achieved that in 2018, it’s something I’m very proud of. I was pretty consistent and I think I was lucky enough that the way I played the game I was able to adapt to the way the game changed. I was a safer option that I wasn’t paid an extraordinary amount of money – I was never a burden on the salary cap so whatever job I could do for the club far outweighed my salary cap value. 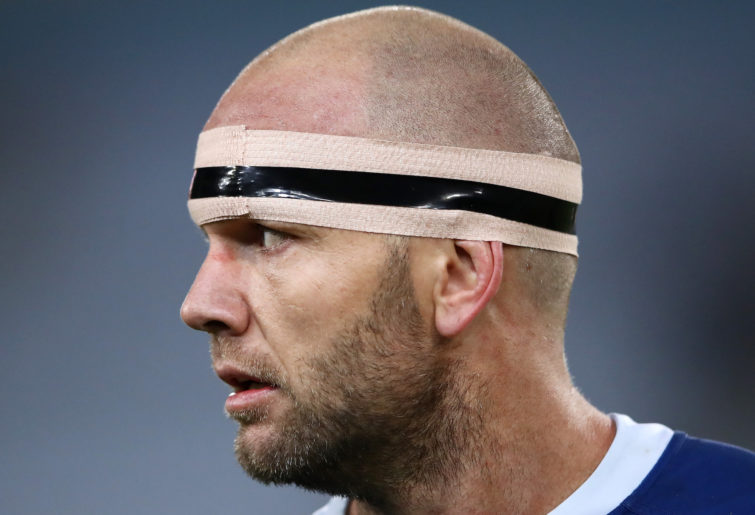 “I was never the fastest, the fittest, the most talented. I was gritty, determined and had a good work ethic. I was skilful too. I could offload and I could ball-play too so I had a few advantages on that front. I wore my heart on my sleeve. I always did the best I could for the team. Sometimes it mightn’t have been good enough but other times it was. I felt I was fairly consistent throughout my 101 games for Parra. I don’t think I had too many really poor games to be honest.”

Instead of taking up a short spell in England, Gower decided to leap into a new role quickly in his retirement, citing that it was time to get into the next phase of his career. Last year, he received his Certificate IV in Elite Wellbeing, becoming the first professional athlete to obtain the qualification.

Gower is currently pioneering a program called Forge Wellbeing, a data collection tool that enables schools to monitor data about positive aspects of student wellbeing over any given period of time. The underlying theme of the program is to promote help-seeking behaviour at an early age.

“The growth has been astronomical. We’ve now got 50 schools. We’ve only been going for (about) six months. We’ve got about 20,000 kids utilising it. (The program) allows schools to be very strategic in the way they allocate research and funding towards their wellbeing programs. Instead of guessing what your kids are struggling with, this data collection tool gives real data to model these wellbeing programs on. At Forge Wellbeing, we want to give every student a voice.”

Gower’s NRL career may have come to an end, but he still holds a role with the Parramatta Eels as a career coach and looking after player wellbeing. He is also an advocate against violence and a state-of-mind advocate. His work with Forge Wellbeing is already achieving promising results and it appears as though he has already found his new calling.

“I think the generation coming through has got it a lot tougher than I did growing up. I just want to help the kids improve their ability to be resilient.”

The saying goes that you can’t coach speed and that’s probably true.

This is the 15th article in the series that looks at some of the forgotten players from your favourite club. 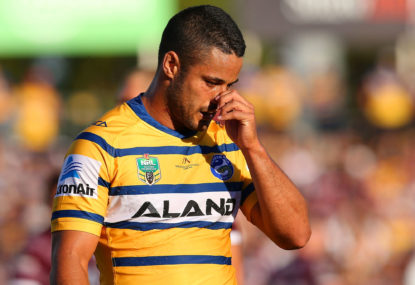