While dead-rubber are synonymous with teams avoiding clean sweeps and the dominant force faltering, Australia may do so for a completely different reason in the nation’s capital.

And it could all be summed up by KL Rahul telling Australian media on Monday that while he wouldn’t wish it on any cricketer, Warner is one of the Aussies’ main batsmen and it’d “be good for India if he was injured for a long time”.

Warner, who picked up a groin injury during the second ODI which rules him out of at least this match and the T20 series to follow, as well as possibly the first Test, has been in fine form to start the summer.

Sure, he has been overshadowed by the unreal performances of Steve Smith, who has back-to-back centuries both on the all-time list of fastest by an Aussie, but Warner’s platform has allowed the likes of Smith and Glenn Maxwell, who has also been in sensational form, to go for broke during the closing stages of each innings.

It takes a complete team performance to rack up scores of 374 and 389, and Warner has played a huge role in both games.

Warner’s 69 off 76 balls in the first match, before being questionably given out on review, followed by an 83 off 77 only stopped by a run out in Sunday’s clash shows the sort of form with which he has hit the summer.

The strike rates of the two openers across the opening partnerships in the first two games can give us an insight, while the percentage of dot balls faced is also an important stat to look at. A mere eight per cent may not seem like a great deal, but for the flow and feel of the game, it makes all the difference.

You’ll also note the placement of Warner’s shots, with the man who debuted as a T20 specialist now able to place score a lot of twos just through timing and placement.

Warner is often trapped up the other end without any intent for a single from Finch but doesn’t lose momentum, and whichever of Matthew Wade, Alex Carey or D’Arcy Short replace him will need to have a similar plan.

What I also noticed going through these stats was the number of times Finch would have dots for multiple balls in a row, followed by a boundary. It breaks the momentum of his partner, and while Warner had more of that in Game 2, it’s not a consistent trait.

This isn’t designed to be a knock on Finch, who is an extremely talented batsman, but it contrasts the differences between the pair and highlights why they tend to work so well as an opening partnership. 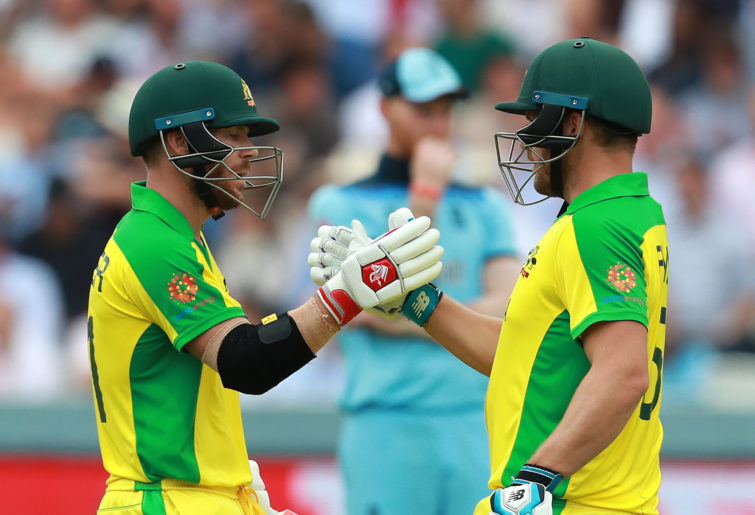 Pair Finch with anyone else and it probably isn’t going to be as successful, especially over the long-term period he has been at the top of the order with Warner.

The intensity of Warner running between wickets is something else. He is one of the fittest players in the team, and potentially in world cricket, while his ability to read the game is second to none.

It’s a shame he will never get a prolonged shot at captaining Australia due to past indiscretions, because he is one of the smartest cricketers on the scene tactically.

As for his replacement at the top of the order, it will most likely be Wade.

The former keeper has an unreal ability with the bat, as shown throughout previous BBLs, where he has been a driving force for the Hobart Hurricanes as they have ascended the ladder.

But like Finch, Wade enjoys finding the boundary – as do the potential other replacements – rather than finding singles and not chewing up dot balls.

It’s a special talent which Warner possesses and there are few players around the world who have his ability to not get bogged down.

Again, it may seem weird to put so much focus on the top of the order when Smith has stolen all the attention, Maxwell has driven Australia to mammoth totals, and the bowlers have (for the most part) done their job, but it’s where it all starts.

The 50-over game requires a platform. Without it, you might as well chuck the result in the bin at the end of the opening powerplay. India, as they have shown with the bat in Sydney, are far too good if you hand them a paltry total.

At Manuka Oval, which has often been a batsman’s paradise, another big total will be needed by the team batting first. If that’s Australia, can they do it without that same level of running, ability to make things happen and ability to not get bogged down at the top of the order?

In the seven ODIs played at the Canberra venue since 2013, all have been won by the team batting first and the average score for those teams is a ridiculous 348.

While that average is bloated slightly by some World Cup games, where the West Indies scored 372 and South Africa 411 against Ireland, it doesn’t change the fact that Manuka is a ground where batting first and getting a monster score is the way to win.

One of Australia’s key problems over the years has been going on with it after a platform has been built, often caused by the chewing up of dot balls following the departure of Warner. In whichever line-up they possess this afternoon, Australia must find a way to combat that if they want to start the summer with an ODI sweep.

The tourists will be out to avenge their losses and get their first victory, so certainly won’t go down without a fight.

But, as Rahul attested, the fight is that much easier without a certain left-handed opener.