So… what did Tim Mannah say to get Isaac Moses deregistered?

After a months-long process of submissions and appeals, it was announced last Friday that Isaac Moses had officially had his accreditation as a player agent cancelled.

The stories that have flowed since have tended to surround the impending gold rush of other player agents looking to pick off Moses’ stable of stars, but I don’t really care to hypothesise about what might happen in the months and years to come.

Instead, I want some facts about why Moses was deregistered in the first place – specifically, about the other parties involved.

In June 2020, an NRL statement on the issue read: “Mr Moses breached his obligations as an accredited agent in 2017 by procuring and assisting one of his clients, Mr Tim Mannah, to give evidence to the NRL that was false and intended to mislead an investigation of the NRL Integrity and Compliance Unit.”

Diving a little deeper, the Sydney Morning Herald reported that same day: “Sources with knowledge of the investigation told the Herald that Mannah, when interviewed in 2017, denied he had received third-party deals during a certain period at [Parramatta Eels].

“Mannah, who has since fallen out with Moses, approached the Integrity Unit last year during his final season in the game and came clean with the story of how he had been asked by Moses to mislead the governing body in his previous interview.”

Now, let’s assume that the NRL’s investigation into Moses was thorough and he’s now receiving a fair and just punishment.

What I want to know are the specifics of the payments Mannah received while at the Eels. 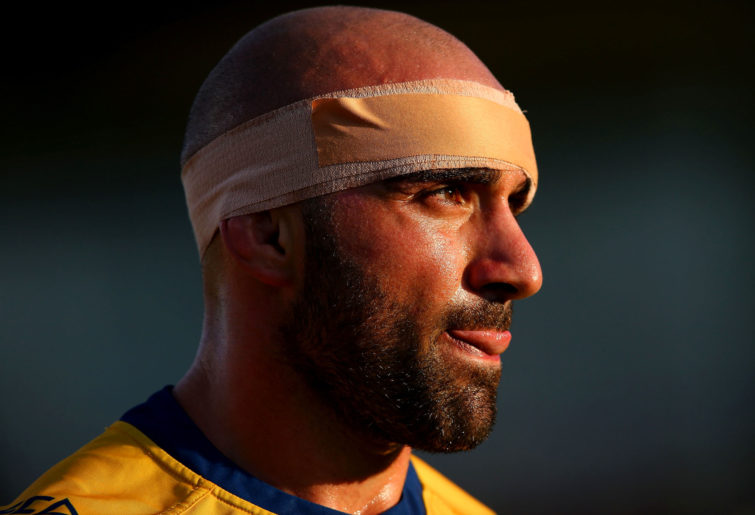 Tim Mannah of the Eels looks on during the round two NRL match between the Manly Sea Eagles and the Parramatta Eels at Lottoland on March 18, 2018 in Sydney, Australia. (Photo by Jason McCawley/Getty Images)

Because, according to the Herald, the former Parra skipper “denied he had received third-party deals”, then “approached the Integrity Unit last year during his final season in the game and came clean”.

Moses may have instructed Mannah on what to do, but you don’t have to give evidence that’s false and intended to mislead unless you’ve got something to hide.

So what did Mannah mislead the Integrity and Compliance Unit about?

According to a piece reported by the Herald a week after the initial story broke, “The matter reportedly relates to a third-party deal that was not properly disclosed as part of the salary-cap scandal that rocked Parramatta in 2016.”

I’m not going to speculate about what the deal was – I mean, what the hell do I know? – but then why is it left for fans to wonder? Where is the transparency in the process?

All we know is that Moses instructed a client to obfuscate an investigation into a club.

But we can assume that you don’t receive these instructions, much less follow through on them, unless you’ve got something you would prefer was not brought to light.

Is it too much to expect that the NRL be open about the whole process here – if for no other reason than to clear both Mannah and the Eels of any wrongdoing, or to clarify that they have already been punished for their role?

Because at the moment, it looks very much like Moses is being held solely responsible for an incident which had three parties doing the wrong thing.

I mean, it’s right there in the above NRL release: Mannah gave false and misleading evidence. Moses may have procured and assisted him, but Tim Mannah is a grown man – very grown actually, the bloke played prop for NSW – who could just have easily said “no”.

So what did he and his club do that led Mannah to believe misleading an official NRL body was the best plan?

I’ve been on about this for years now but I’m so tired of the NRL letting players off the hook for salary cap issues.

Clubs have been whacked with fines and had titles stripped. Agents have been suspended, losing potentially millions of dollars as a result.

As for the players? Never has one been so much as suspended from playing a single game, let alone fined or – perish the thought – lost their registration.

All of which is the NRL telling its players that salary cap breaches are never, ever, ever their fault.

And this appears to be the most flagrant case yet. The NRL stated that Mannah gave false evidence, yet it’s the six-and-a-half percenter who is being ruled out of the game, copping a massive hit to the hip pocket.

And sure, Tim Mannah retired from footy at the end of 2019, but according to his LinkedIn, he was corporate partnerships manager at the Eels until October 2020 and is still employed by the club as a consultant.

Surely that gives the NRL some leverage to hand down a punishment for giving false evidence?

There’s certainly precedent too, with the NRL suspending Nathan Cleary for two matches last season for being “untruthful in relation to material matters” when being interviewed by the Integrity Unit, while Payne Haas missed four weeks in 2019 after the Broncos determined they were “not happy with Payne’s level of co-operation with the Integrity Unit”.

Mannah may have come clean, but that was after he’d split with Moses and was about to retire from footy. It’s not exactly an act of martyrdom performed in the interest of a fair and equitable competition. 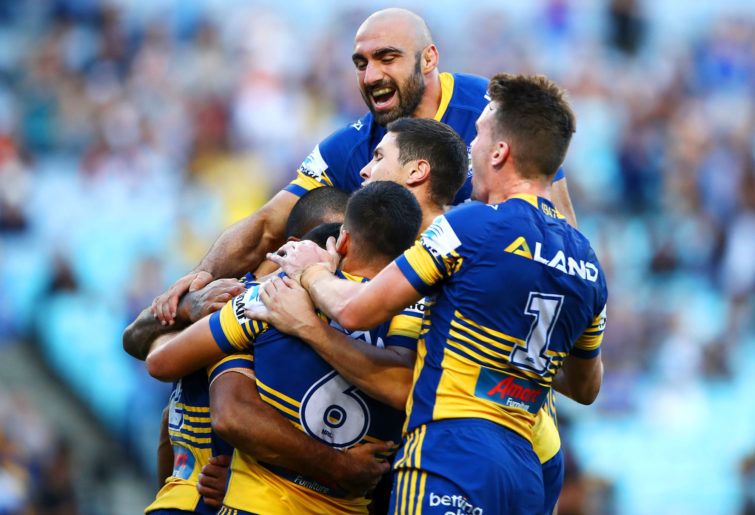 As for the Eels? Well, just how deep was the rot in their years of rorting the cap? And did the punishment handed down to them fit the actual crime when they received their sanctions in 2016? These are questions we don’t know the answer to, because we’ve once again been duped into believing that any time the salary cap is involved, all wrongdoing is the agent’s fault.

But, yet again, how can that possibly be the case? How can a player mislead the NRL Integrity Unit about suspect payments while at a specific club, yet the only person held responsible is the player’s representative?

One plus one doesn’t equal six-and-a-half per cent.