At just 17 years old, Brielle Cooper’s name was added to the history books when she became the youngest IronWoman to win a Nutri-Grain Iron series.

Incredibly, Cooper only made her debut the previous year and went from placing 18th in her first year to winning just one year later.

Cooper has now been competing in the Ironwoman series for five years. She still pinches herself when she remembers the success she had in her second year.

“Even when people ask me about it now, it still sounds crazy and I don’t think I’ll really appreciate it until I retire,” said Cooper.

After that historic win, Cooper had the opportunity to reset her goals. She started to dream bigger and aspired to progress even further in the sport.

“For me to win the series at such a young age is not something I thought I could do. It was such a big achievement for me.

“It also allowed me to reset my goals. After thinking I could never win an IronWoman series I went to thinking perhaps I can win two, or maybe even three.

“I want to win three IronWoman series before I retire and I’m still just 21 years old.”

For Cooper, her preparation to win her next IronWoman series started a year ago when surf events started getting cancelled.

While Cooper considers herself lucky to be able to begin competing this year and that she had the opportunity to train for most of last year, the pandemic meant that many iconic events, including the Coolangatta Gold were cancelled.

That means it’s almost been a year between professional events. 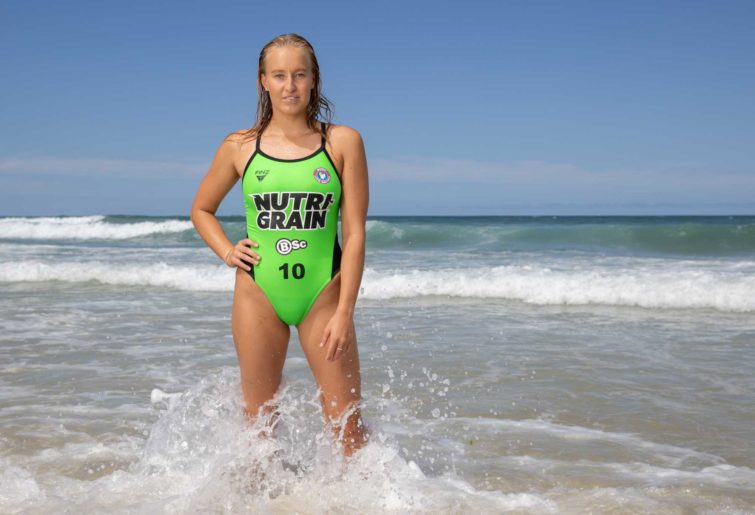 But this weekend, the 2021 Nutri-Grain Series will commence at Cudgen Headland Surf Life Saving Club in Northern New South Wales. Originally due to be spaced out over three weekends, the event will now be reduced to two weekends. But that doesn’t seem to bother Cooper.

“I am so excited. We are finally getting to race the IronWoman series and I can’t wait.”

Behind Cooper and her success is a family that has been supportive of her through the challenges and the successes. In fact, Cooper tells me that her little brother is her number one fan.

But, in the beginning Cooper did have to convince her dad about her involvement in the sport.

“My dad loves to surf and Sunday morning was surf time for my dad,” said Cooper.

“To convince him that he should take me to Nippers instead on a Sunday morning took some convincing but once I got there we never turned back.”

Surf sports have also given Cooper’s family the opportunity to come together doing something they love.

“My brother and sister are both involved in the sport and my sister trains with me on a daily basis. My dad got involved too. He patrols as well,” said Cooper.

“There is opportunity for everyone to be involved. My mum was the team manager for my sister and I and also managed the entire girls squad for years.”

“It has been an amazing thing for my family and we all absolutely love it.

This weekend when Cooper competes, she will be competing against some of Australia’s most successful surf sport athletes including Courtney Hancock and Lana Rogers. For Cooper, it is still surreal to compete alongside these women, particularly Hancock who she grew up idolising.

“Courtney was someone I aspired to be like,” said Cooper.

“Then I got into the series and could race her. That was special. I got to watch her as a kid and now I have the privilege of racing alongside her.”

For Cooper, racing against her heroine taught her about authenticity and reminded her that all athletes are human beings, first and foremost.

“Once I got into the series I realised the dream wasn’t so far fetched. As a kid, you see only 20 women competing in the series and the dream seems so far away,” said Cooper.

“Then you get into the series and realise the other athletes are just like me. They have to get up and train three times a day just like me.

“When I was a kid they were superheroes to me and I never thought I would be like them.”

Now, Cooper has become the ‘superhero’ to the next generation of IronWomen.

“It’s a little bit of a crazy thing to think about. But something that is also incredibly special and that I don’t take for granted.”