Ash Barty shows why she is world number one

Ash Barty is world number one for a reason and her grace on the court in the second round earned her a spot in the third round.

She survived a huge second-set challenge from Daria Gavrilova to advance to the third round of the 2021 Australian Open.

After Barty comfortably took out the first set 6-1, Gavrilova fought back in the second set after looking dead and buried, trailing at one stage by five games to one. She fought like no other to turn around and win the next five games.

The frustration was evident on the world number one’s face. But she held her nerve when she trailed 5-6 to take it into a tie break.

Ash Barty had survived the challenge and held her nerve to advance to the third round. The world number one was certainly challenged and you could see the distress on Gavrilova’s face after trying her heart out, but she deserves everyone’s respect for putting in the effort she did against the world number one. 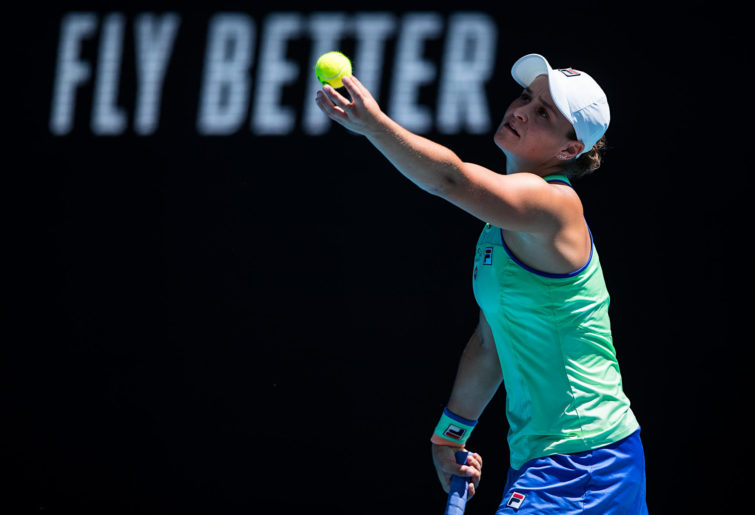 This effort shows why Barty is number one in the world. Champions are always challenged, yet it is down to them how they respond.

It could have been easy for her to let the frustration get to her when she was on the brink of losing the set after being 5-1 up then conceding the next five games. But she showed resourcefulness and was able to hold her nerve and overcome the challenge.

“It’s a different challenge every single day, different conditions in here today, bit warm and a fair bit of wind down here at court level, which makes it a bit tricky but I think it’s just trying to be the best I can be every day and whatever that level is, just making sure that I apply myself as best I can,” Barty said after advancing to the third round.

“I know that regardless of the result I can walk off the court with my head held high, so I think that’s the challenge of the last couple years for me, just trying the best I can.

“Obviously having 12 months off, it’s a little rusty but I’ve got to fight through the last couple of weeks.”

Barty has huge respect for her teammate and friend Gavrilova.

“Firstly it’s so nice to see her back, she’s had a tricky run with injuries over the last 18 months”, she said.

“Always going to be a tricky match no matter what, but genuinely I’m just so pleased that she is out here competing and healthy again.”

Heading into the third round she feels confident she can continue her good form.

“It’s been good to get some matches and general soreness is good.”