The Herald Sun reported that Murray Weideman has passed away.

I first saw Weideman in the late 50s at Victoria Park. We were playing Carlton, so there was a lot of noise in the crowd and of course, the odd fistfight broke out. The boozed-up mob in the outer never needed the bad influence of Carlton supporters to rev them up. That was just an added incentive.

My memory tells me it was one of those smokey, overcast days when you could almost cut the air with an axe because it was so cold. As a kid, you had the choice of beer cans or large beer bottles to stand on. That’s if you wanted to see the game, if you didn’t you slipped out behind the crowd and kicked end-to-end near the fence.

Balanced on one or the other on the high octane fuel containers, I could see just about all of the crowd. The thrill of the side coming out onto the ground is something that has never left me. My uncle was a member of the club and he was a fixture for years in front of the social club. Always standing with a couple of mates, year in and year out. His deep voice hailed the skipper and doubted the umpire. Later his ashes were cast on the clubhouse goal square, I guess he will always be there now with his heroes.

The Weed was up to his usual tricks that day. He biffed someone or other. John Nicholls remonstrated with him and the supporters roared with such intensity I nearly fell off my perch. He was our hero. We were there to back him up in his blue. Although I must admit I didn’t recognise some of the language shouted from the outer, I was sure that it had probably been passed down from our convict heritage. So that was perfectly okay, it was after all aimed at Carlton.

The Herald Sun had a lot of stories about Murray during his career. His legendary efforts in the ’58 grand final will always be spoken of as long as there is a Collingwood Football Club.

Now, our hero has passed into history. Just like Victoria Park. Perhaps sometime in the future we can play our home games there again and see the name Weideman writ large across the outer stands again.

More of the same for Collingwood

So what did Friday night tell us about Collingwood? It was a fair hit-out full of genuine intensity against the premiers. Jordan De Goey was great in the middle and Isaac Quaynor was lively coming out of defence. Scott Pendlebury showed he’s still integral to Collingwood’s midfield. If there were queries about whether Nathan Buckley […]

More of the same for Collingwood

When does the present begin?

I’m trying to keep track of this. 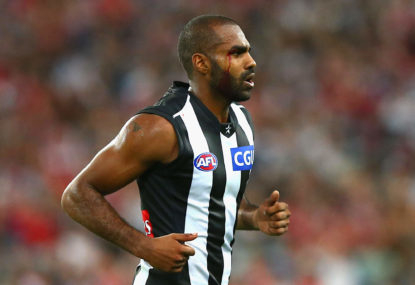 When does the present begin?

Collingwood star Jordan De Goey is on track to take on the Western Bulldogs in Round 1 but teammate Taylor Adams is still facing a race against time to overcome a hamstring injury.

I’ve agitated for change at Collingwood for years. 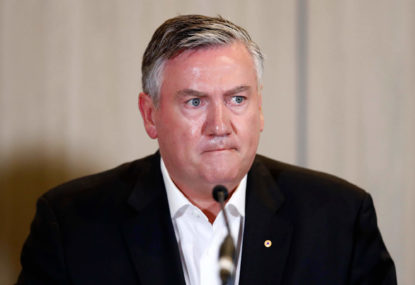