Stop dreaming - Tasmania won't get its own AFL team

Tasmanian Premier Peter Gutwein has been pushing the AFL to set a timeline for the introduction of a Tasmanian team. The problem that Gutwein has is that he is working on the assumption that a Tassie team is actually going to happen at all.

The reality is that this is about as likely as Albert Einstein being the young Tasmanian apple farmer who invented the electric guitar.

The biggest, and most obvious problem, is actually nailed by Guitwein himself – the southern island is AFL heartland. They love footy in Tassie.

This means there is very little new exposure to be gained, whereas expansion teams like Greater Western Syney and Gold Coast have, at the very least, added 12 seconds of AFL coverage to the nightly sports news in rugby-dominated states.

Putting a team there would be like Coles building a new supermarket in a suburb where the nearest supermarkets are already Coles – there aren’t any new customers being pinched from Woolies.

This is even more important considering the AFL is shipping games in – they are potentially already soaking up the possible attendances, and creating a nice sponsorship model with little need for investment.

There are demographic issues, too. Assuming the new team is based out of Hobart (population 226,884), you would be trying to expand into a city smaller than Geelong (253,269), and with no massive growth areas like the western corridor of Melbourne. 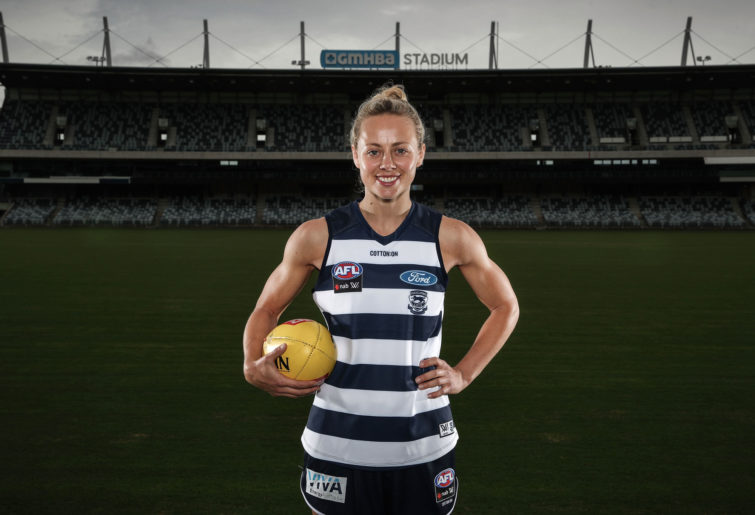 Not only is there a small population, but the incomes are also lower – census data shows the median weekly family income for a household is $1100, compared to $1438 for the rest of the country. In all, there are fewer people with more limited means to sell memberships to.

This will probably lead to a boatload of passengers with pitchforks leaving Launceston on the Spirit, but I’m going to throw it out there – when I think of Tasmania, the mental image doesn’t match up to elite AFL.

I think of beautiful natural areas, sleepy Rosehaven-like towns, and cold and wet.

The point is – I don’t think of growth and AFL expansion when I think of Tassie.

The bid itself has an image problem as well.

It’s been done so many times, and it’s so predictable – let it go, I cry! Show us something else (and no, not a tiger).

It is also worth acknowledging the effect a new team would have on the competition. Would the new team mean the end of existing sponsorship deals with Hawthorn (worth a cool $20 million over four years) and North Melbourne ($3 million)?

If it does, will this money gravitate towards the new team, or just disappear? Even if it does go toward a new team, it is awfully brave to base a club on being underwritten on government policy.

I wonder about the player drain – do we have enough elite-level players to make it worth it, or are we diluting the talent pool too much? Could we end up with another team full of young guns waiting to go home on their next contract?

The AFL itself probably isn’t in the best shape either – no one is denying a new venture is going to cost money, but it probably isn’t the best time to storm into Gillon McLachlan’s office and demand a new team while he is looking at $22 million loss caused by COVID.

Speaking of the bat bug, COVID actually creates a few issues here, especially as the big sponsorship push seems to be based on tourism – is there any benefit to anyone if no one can go to away games?

Whilst I appreciate the sentimentality of supporting heartland AFL, I think the Tasmanian Premier is being a bit naïve at best, and probably political at worst.

Sure, he can hold back sponsorship dollars, but I’m sure Tasmanians won’t be happy if the AFL calls his bluff.

Unless something drastically changes, the eight games a year will be the best the Southern Isle will get.