Victoria's AFL clubs will long generate the most public interest

It can be amusing to some when most public and media attention is given to matches between Melbourne AFL clubs, even when they are apparently struggling.

I refer to the extensive interest in the Round 2 clash between Carlton and Collingwood, two beaten teams in the first round that many have been written off early, when compared to perceived less interest in the Geelong versus Brisbane and Western Bulldogs versus West Coast matches.

But, given AFL still has a strong element of tribalism given that most supporters will reside in the suburbs of their city clubs, it is only logical that the Melbourne clubs will long generate the most interest nationally (in aggregate terms).

With Melbourne’s large population still having ten clubs (when including Geelong), the many historical rivalries with their large fan-base will still generate extensive interest in local derbies, regardless of their ladder position.

When we look at television ratings for home-and-away matches from last year, in a season where crowds were adversely affected by the coronavirus, the most popular teams on free-to-air (national metropolitan market) were Richmond, followed by Collingwood, Carlton, Essendon and Geelong.

On Foxtel, not including streaming numbers, Collingwood was the most-watched AFL team nationally (234,000 per game) followed by Richmond, Geelong, Carlton and Hawthorn. 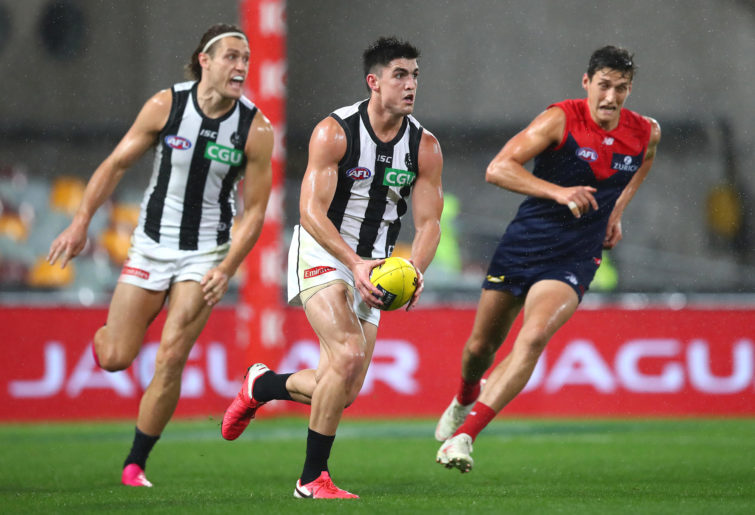 We see the popularity of Melbourne clubs already in 2021 through Round 1 data for Channel Seven showing that Richmond-Carlton attracted 885,000 viewers nationally (426,000 in Melbourne alone) with the national audience for Collingwood and Western Bulldogs 780,000.

Nevertheless, Foxtel data shows that matches between Melbourne and interstate teams can still generate a large audience. While Richmond versus Carlton attracted 365,000 viewers, the second-highest audience on Foxtel for Round 1 was Adelaide-Geelong at 335,000.

However, in a sport that still demands local interest due to city tribalism, it will long be the Melbourne clubs (and Geelong) which dominate the public interest for much of the season, given that most of the AFL audience resides in Melbourne and the early season tends to highlight the local rivalries between the big Melbourne clubs with their huge fan-base.

I am sure Essendon and Collingwood will still attract a large crowd and television audience on Anzac Day, regardless of where they stand on the AFL ladder, but we shall see.